Two battles for democracy in Wisconsin

At the Wisconsin Democracy Campaign, two of our key issues are banning gerrymandering and cleaning up money in politics. Both reforms are crucial here in Wisconsin if we are going to have a democracy where everyone has an equal voice.

And when we all have an equal voice, the will of the people won’t be able to be stymied any longer on expanding health care or improving our public schools or providing a living wage or fixing our roads or legalizing marijuana, for that matter.

On the gerrymandering front, the U.S. Supreme Court abdicated its responsibility last month with the appalling decision by Chief Justice John Roberts. Writing for the conservative majority, he acknowledged that partisan gerrymandering is “incompatible with democratic principles,” but then he said, essentially, we’re not going to do anything about it, and no court in America can hear your claims about gerrymandering, so go home and don’t ever come back!

He said the states should solve the problem themselves. OK, we’ll solve it here in Wisconsin then.

This is not a Democratic or a Republican issue. Already, 47 county boards in Wisconsin (out of 72) have passed resolutions urging the state legislature to ban gerrymandering, and most of these counties went for Trump in 2016. A Marquette Law School poll earlier this year showed that 72 percent of Wisconsinites support banning gerrymandering, and — get this! — that includes 63 percent of Republicans and 76 percent of Independents.

It’s an issue of simple fairness. People are sick and tired of politicians rigging the system for themselves, whether it’s Democrats doing the rigging or Republicans. Rigging is wrong. Wisconsinites are demanding a level playing field.

A lot of great groups are working with us on this issue, including Citizen Action of Wisconsin, Common Cause in Wisconsin, the Fair Elections Project, the League of Women Voters of Wisconsin and Wisconsin Voices, among others.

At some point soon, so much pressure will be brought to bear on elected officials that even legislative leaders Robin Vos and Scott Fitzgerald are going have to come around and support banning gerrymandering or risk losing their own seats.

State Sen. Dave Hansen of Green Bay and Rep. Robyn Vining of the Milwaukee have just introduced stand-alone bills in the legislature, SB 288 and AB 303, to ban gerrymandering in Wisconsin. Their bills would give us independent, nonpartisan redistricting, with career civil servants at the Legislative Reference Bureau drawing the maps. They would utilize specific criteria that prohibit them from using political demographic data to rig the maps in favor of one party or another.

It’s time for citizens from all across the state and any political affiliation to take action. Please call your legislators and urge them to support these bills and to demand a public hearing on them. The phone number is: 1-800-362-9472.

Time to do over our campaign finance law

On that second key front of money in politics, in 2015, the Republican-dominated legislature disastrously rewrote our campaign finance law. For the first time in more than 100 years, it allowed corporations to donate to political parties. It doubled the amount of money that people can donate to the candidate of their choice. Now rich and poor alike can write $20,000 checks to their favorite candidate for governor. It also tore down the ceiling on individual donations to political parties, which used to be $10,000. Now the sky is the limit. So rich and poor alike can also now write million-dollar checks to the Republican or Democratic Parties. And the rich are doing it! Diane Hendricks, the richest woman in Wisconsin, wrote a million-dollar check to the state Republican Party. Marlene Ricketts, the co-owner of the Chicago Cubs, who lives in Omaha, Nebraska, gave the Republican Party of Wisconsin a million-dollar check. 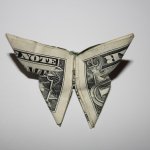 You might say that there are big liberal donors, too, who can write those seven-figure checks. But that’s not the point: Democracy is not supposed to be a tug of war between a handful of billionaires on the right and a handful of billionaires on the left. In a democracy, we’re all supposed to have an equal tug on the rope. And it’s clear to the vast majority of Wisconsinites that we don’t have an equal tug.

We need to address the money in politics issue both on the state and the federal level. Here in Wisconsin, state Sen. Chris Larson of Milwaukee has introduced a package of bills to undo the damage done in the 2015 rewrite of our campaign finance law. It’s called the “Campaign Integrity Package,” and please ask your legislators to support these bills as well!

On the national level, there’s a growing movement to amend the U.S. Constitution to proclaim, finally, that corporations aren’t persons and money isn’t speech. Already, 143 communities in Wisconsin have passed referendums or resolutions saying they want to make this crucial change. This makes Wisconsin second only to Massachusetts in the number of communities on board, thanks largely to the work of another ally, Wisconsin United to Amend.

Banning gerrymandering in Wisconsin and cleaning up money in politics are two key steps in making real the promise of democracy.

As Fighting Bob La Follette said 100 years ago, “The cure for the ills of democracy is more democracy.”

We need more democracy in the United States.

We need more democracy in Wisconsin.

We need more democracy in a hurry!

Matt Rothschild is the executive director of the Wisconsin Democracy Campaign, www.wisdc.org.

Two battles for democracy in Wisconsin

Prior to joining the Democracy Campaign at the start of 2015, Matt worked at The Progressive magazine for 32 years. For most of those, he was the editor and publisher of The Progressive.

Federal law still treats marijuana as an illegal drug,… by Jacob Fischler December 28, 2021
How a Wisconsin tribe helped launch a Trump-approved ‘Make… by Ruth Conniff December 22, 2021
The hypnotherapist and failed politician who helped fuel… by Megan O'Matz May 24, 2022