Friends and colleagues of journalist and satirist Ian Murphy, former editor of the recently revived Buffalo Beast, an alternative online news site in Buffalo, NY, report that Murphy has died. Murphy passed away on July 17, 2019, Buffalo Beast staff said. He was 40 years old. The cause of death has not been confirmed.

Murphy rose to national fame when he made a prank phone call to then-Gov. Scott Walker of Wisconsin, pretending to be rightwing billionaire David Koch, at the height of the mass public protests over Walker’s move to break up public-employee unions.

The Beast has re-published a recording and transcript of the phone call on its new landing page.

In his February 23, 2011, post for the Beast, headlined “Koch Whore: Wisconsin Governor Scott Walker Answers His Master’s Call,” Murphy explained that he was inspired to imitate David Koch and make the direct call to Walker when he read that Walker refused to answer calls from Democratic legislators who wanted to talk to him about his hard-line, anti-union policies.

“Who could get through to Walker?” Murphy said he mused. Citing stories on the Koch brothers’ contributions to the Walker campaign, and an obscure item inserted into Walker’s state budget that made the sale of state power plants legal “with or without solicitation of bids, for any amount that the department determines to be in the best interest of the state,” (which could directly Koch Industries), Murphy concluded:  “The obvious candidate was David Koch.”

So Murphy picked up the phone and, imitating Koch, spoke with Walker’s chief of staff, Kevin Gilkes. When Gilkes asked for a number to call back, Murphy blustered: “My goddamn maid, Maria, put my phone in the washer. I’d have her deported, but she works for next to nothing.”

“I’m calling from the VOID — with the VOID, or whatever it’s called. You know, the Snype!” He blustered on.

Gilkes arranged for him to call back Walker. It worked.

The most famous moment in the lengthy, friendly conversation between Walker and the fake Koch was the moment when Murphy, as Koch, offered to send “troublemakers” to sabotage the protests going on outside the Capitol building in Madison. Walker’s reply made national news: “We thought about that.”

I first met Murphy in person after the famous call, when he came to Madison in June of 2012 to cover the effort to recall Walker. He was delighted by the whole scene, noting, in his typical irreverent style, on Twitter that he got to see The Nation’s John Nichols drive by “in an awesomely dented green hoopty that was covered in bird shit. Totally worth it.”

He went on to write a series of funny and trenchant columns for The Progressive magazine, which I edited at the time, as well as create comics that were stunning works of visual art. He also was the Green Party candidate for Congress in New York’s 26th Congressional district in May 2011.

Not everything Murphy came up with worked. A few of his pieces were spectacular failures. Others were pure works of genius. Sometimes his query letters managed to combine the two.

Pitching a piece on circumcision, based on an argument with his sister over his baby nephew “and how I tried to save his weiner from senseless mutilation,” he wrote in an email, “it won’t be exclusively personal; it’ll have some meat to it, forgive the pun, regarding the science behind why male circumcision is a 100% medically unnecessary and a barbaric ritual (the AMA won’t publicly denounce it as such only because they want the senseless procedure to take place in the safety of a hospital, rather than in Grandpa Joe’s double-wide).”

“OK then. Please reject this article idea at your earliest convenience,” he concluded.

Like Paul Krassner, another iconic satirist and countercultural voice who passed away last week, Murphy was a force of nature — funny, brilliant, fearless, and plagued by the self-doubt that seems to come along with the territory for so many great writers of satire and social criticism.

“I met Ian while working in the trenches of movement atheism, searching for writing opportunities that directed anger in a more useful direction,” Murphy’s friend and colleague Julia Burke wrote in a text message. “I looked up to him for his fearless humor and owe him a great deal as a writer, both professionally and personally.” (After Murphy introduced Burke to me, she moved to Madison to work as The Progressive’s online editor.)

“The left so desperately needs voices like his,” Burke continued, “gruffly empathetic, uncompromising in the fight for justice, terrifying to the ruling class, ever true in its aim. This is a breathtaking loss.”

“Ian was an uncompromising force of nature who seemed to make it his life’s mission to piss off every single reactionary [expletive deleted] on Earth until they all collapsed from rage-induced heart attacks,” Murphy’s Buffalo Beast colleague Josh Bunting said in a text. “I look forward to seeing him again up in Heaven, lol.” 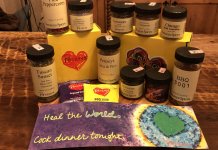 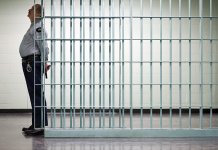 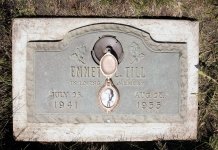