The measure would be Evers’ second push to keep his campaign promise to accept the Medicaid expansion funds. The first was in the budget he submitted to the Republican-controlled legislature, which cut it from the state spending plan.

Expanding Medicaid, which is funded federally but administered by the states, was one of the elements of the ACA, passed and signed into law by President Barack Obama in his first term, to reduce the number of uninsured Americans. States have a choice about whether or not to accept the expansion funds, but those that did were required to serve a larger group of low-income people, making those who earned up to 138% of the federal poverty level eligible for Medicaid coverage.

Gov. Scott Walker refused to accept the federal expansion during his term in office. Instead, he got a waiver to serve only the poorest Wisconsinites, making the state’s income-eligibility for its BadgerCare-Plus program more than 100% of the federal poverty level. At the same time, he extended coverage to childless adults not previously covered.

In the years since, the number of states refusing to expand the Medicaid programs in return for the federal funds has declined to 14, including Wisconsin.

State Sen. Jon Erpenbach and State Rep. Daniel Riemer, with the support of Evers, announced plans on Monday for a stand-alone law that would expand the program and take the federal funds.

In a memo they started circulating Monday seeking co-sponsors for the legislation, the lawmakers stated that  Wisconsin taxpayers will spend $2.07 billion in federal taxes over the next two years to cover health care for people in other states..

The continued refusal to accept federal funds and expand the state’s Medicaid program did not save the state money, the lawmakers wrote in their memo.

Several health care advocacy organizations had been urging the Evers administration in recent weeks to sign on to a stand-alone bill, and their leaders on Monday praised the governor and the lawmakers for the pending legislation.

“BadgerCare expansion will provide over 80,000 Wisconsinites who do not receive health insurance at work with affordable coverage, enabling them to receive life-saving treatment and redirect their hard-earned money to other necessities,” said Robert Kraig, executive director of Wisconsin Citizen Action, which has been campaigning for the expansion plan, in a statement Monday.

“Medicaid expansion for BadgerCare Plus makes moral, economic and common sense,” Peterson said. “That is why 70% of the people in Wisconsin support the idea, a number that is sure to grow.” 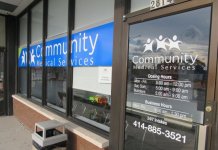 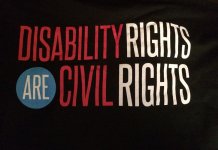 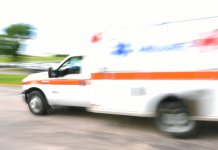