Speaking to an enthusiastic crowd of public-school advocates at Central High School in La Crosse, Gov. Tony Evers thanked members of the Wisconsin Public Education Network (WPEN) for “having my back,” and called out the group repeatedly, mentioning increases in the state budget he signed for special education, mental health services and general state aid. As he ticked off each budget increase he intoned, “Thank you, WPEN.”

By using his partial veto, Evers added, he was able to increase per-per-pupil spending by nearly $100 million over the biennium.

“And I’m especially proud of that, not just because of the extra funding we were able to provide our kids,” Evers said, playing to  the crowd gathered for the fifth annual Summer Summit organized by WPEN, “but because I’m excited that on that specific veto, I used the pen I received from WPEN.”

Evers’ victory lap at the public-education event came the week after the conservative Wisconsin Institute for Law and Liberty filed an original action with the state Supreme Court seeking to overturn precedent and curtail the governor’s ability to use the partial veto. In the suit, plaintiffs specifically object to the governor’s use of his veto pen to increase spending.

It’s already time to start organizing for the next budget fight, Evers told the group.

“We didn’t get quite what we wanted in the budget,” he acknowledged. “And I’ll be honest, no one was more disappointed than I was by what the Republicans did to the budget that we put together, and that the people of Wisconsin, frankly, asked for.”

But, he said, he was “damn proud” of increasing funding for special education by $95 million–more than at any time in the last decade, and allocating $330 million in state general aid, the largest increase since 2005.

It has been a heady year for pro-public-school activists, whose efforts helped defeat former Gov. Scott Walker and elect Evers, the former State Superintendent of Public Instruction and a science teacher, and push for his budget.

“It was amazing,” said Heather Dubois Bourenane, WPEN’s executive director. “We had a plan and a budget worth fighting for.”

But WPEN wasn’t nearly as triumphant as Evers about the results of the budget fight. The group put out a press release after Evers signed the partially-vetoed budget, saying the group was “profoundly disappointed.”

Network members had turned out in droves for the “Building the People’s Budget” listening sessions Evers held around the state after becoming governor.

When the Republican-controlled Joint Finance Committee rejected that plan and gave Evers its own, much reduced budget, “we were really, really mad,” Dubois-Bourenane said.

“We’d been in every public hearing, and not one person said we should spend less on schools,” said Dubois Bourenane.

In fact, in the spring of 2019 a majority of voters in school districts around the state voted to raise taxes on themselves to finance their public schools in referenda.

In a few districts, those referenda lost, and, because neither local taxpayers nor the state budget covers their costs, the future of the schools there is in doubt.

Representatives from the Palmyra school district in the Kettle Moraine region showed up at the Summer Summit to share their experience of losing the referendum fight and having their school district dissolved and their school slated for closure after the 2019-2020 school year.

Tara LeRoy a Palmyra mom who fought hard for the referendum, brought her daughter Bailey to the Summit, and described how children cried at school the day after the referendum’s defeat, and asked if they could hold a bake sale to keep their teachers. LeRoy’s takeaway from the conversation among school districts that had losing and winning referendum fights was, “You can do all the right things and still lose,” she told the Examiner. “For some people, the referendum is their first chance to vote on whether they should pay more in taxes, and they are going to vote no–they don’t care what the money is going for,” she said.

Other conference participants shared success stories from organizing battles. Eau Claire public school activist Chris Hambuch-Boyle received the “2019 changemaker”  award at the public education summit for her work on a resolution passed overwhelmingly by her local school board requiring that tax bills show how much aid the local school district is paying toward private-school vouchers.  Former Rep. Dana Wachs introduced a similar voucher-transparency bill in the state Assembly.

“We should resubmit resolutions on a monthly basis to legislators so they know we haven’t gone away,” Hambuch-Boyle said.

While acknowledging public-school advocates’ disappointment with the outcome of the budget fight, Evers emphasized that the group had helped to make “a huge, huge downpayment” on funding for schools.

If he had vetoed the whole budget and kicked it back to the legislature, he said, “our kids frankly would have come out with less at the end of the day.”

(Had Evers vetoed the whole budget, the old budget signed by Walker would have remained in effect until a compromise could be reached with the legislative majority.)

For the most part, grassroots attendees at the conference like Habuch-Boyle seemed inclined to look on the bright side. “I understand what the governor did,” she said. But Dubois Bourenane objected to news coverage of the budget battle that made the Republican version of the budget seem better than it was.

“People were looking at the bottom line and saying, ‘Look, it’s more,’” she said, “when, adjusting for inflation, it wasn’t actually more. If you don’t keep up with inflation, that’s a cut.”

Evers’ use of his partial veto powers made that picture slightly rosier. By vetoing the first year of education funding in the two-year budget he made the higher, second-year numbers apply in year one, increasing overall state aid. But the net increase really only takes the state back to funding levels of a decade ago, WPEN has pointed out.

For the public-school advocates, despite electing Evers and gaining “a seat at the table,” as Dubois-Bourenane put it, there is still a long fight ahead.

State Superintendent of Public Instruction Carolyn Stanford Taylor, the first African American to hold that office, compared the fight for public schools to the civil-rights movement in the South, where she grew up. She focused on the 60-mile march in June from Palmyra to the State Capitol in Madison, during which WPEN members denounced the Republicans’ budget and announced they would hold state legislators accountable for their votes on school funding issues.

“You are more than talking the talk, you are walking the walk,” she told the public-school activists gathered at the Summit. “I wish I could have been on that march.” As a civil-rights movement veteran, “I welcome you being on the front lines for our children,” Stanford Taylor said.

“We don’t have time to rest,” Evers said as he concluded his remarks. “Between now and the next budget, we are beginning already. We have to keep the heat on,” he added. 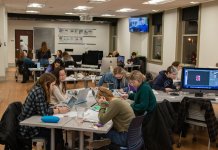 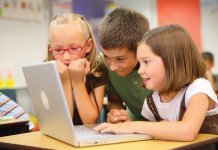