The Wisconsin Department of Natural Resources continues to investigate a frac sand mine in the town of Curran, owned by Wisconsin Proppants, which spilled sediment that is now contaminating waterways in Jackson County. Since the spill on Aug. 3, the Curran Coulee Creek and other streams which flow into the Trempealeau River have been choked with at least 400,000 gallons of pollution after a pump malfunctioned.

Environmentalist advocates say this is not an isolated event.

“It is unfortunate that another frac sand mine has contaminated a river,” says Raj Shukla, executive director of the River Alliance of Wisconsin. “While we are still waiting to know the extent of metals and chemicals that entered the river, this is a prime example of why we need more protections for our waters in Wisconsin.”

The River Alliance of Wisconsin has been on the front lines of water issues in the Badger State. Its work includes vigilance on mine projects in general, as well as fighting against the weakening of water protections at the state level. Gov. Scott Walker and the Republican legislature passed a number of laws that weakened the Department of Natural Resources’ oversight and regulations governing water resources during his tenure. Walker promoted mining as a way to reinvigorate the economy of rural Wisconsin.

Frac mines are highly controversial due to their potential to damage and destabilize the environment. The method involves drilling into the earth and blasting these inner layers of rock with high-pressure water and chemicals to release gases for processing. Fracking poses the risk of deep contamination of waterways and groundwater. Studies have also found that fracking may be linked to an increase in localized earthquakes.

“The company is cooperating with DNR and has taken steps to stop the discharge and use a vacuum (VAC) truck to limit the release of sediment,” according to an update from the DNR.

The DNR investigation is ongoing. Savagian told Wisconsin Examiner, “the company was working with the DNR to mitigate any potential impacts of the spill, including the use of a vacuum (VAC) truck.” Regional spill coordinator Matt Thompson said that as of August 12, no fish kills have been observed and no new water ways have been impacted. “The company has complied with all of our spill clean up requirements,” says Thompson.

The DNR indicates that the spill was discovered through an anonymous tip called into its Spills Hotline. In an interview with Wisconsin Public Radio, Curran town board chair Dwight Swenson said he got a call and immediately drove to the site where he observed that the water had turned a “weird mustard color” in the Curran Coulee Creek and also saw discoloration in the Trempealeau River. Wisconsin Proppants didn’t respond to the Wisconsin Examiner’s requests for comment.

Similar mines are operational statewide, with varied degrees of success. In May, a mine owned by Georgia-based Meteor Timber was denied a renewed wetland permit by the DNR. The company purchased 50,000 acres of wetland in 2014, including 13 acres of pristine and rare hardwood swamp. It’s ambitions to build a $65 million sand mine facility, however, were dampened by the DNR’s denial.

Even after construction is complete, mines still pose risks. Another example occurred last year, when a Hi-Crush sand mine in the western Wisconsin town of Whitehall spilled millions of gallons of sludge into waterways which led to the Mississippi River. In a state like Wisconsin, this can be particularly damaging to the local economy.

“Our tourism economy and quality of life depend on the health of our waterways,” says Shukla. Tourism had a $21.6 billion impact on the state’s economy in 2018, according to the Wisconsin Department of Tourism.

Investigations into the Jackson County spill are ongoing. The Wisconsin DNR encourages residents to monitor their waterways, and report any discoloration or dead aquatic animals via its toll-free 1-800 Spills Hotline. 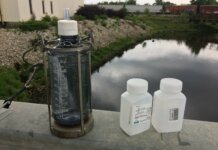 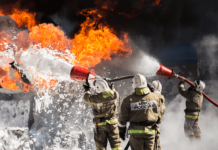 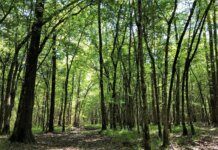 DNR is investigating 400,000 gallons of waste released by a faulty pump