When Mandela Barnes was elected lieutenant governor of Wisconsin on a ticket with Gov. Tony Evers, it was an historic occasion in Wisconsin politics.

In one election, Barnes became arguably the most notable African-American politician ever elected statewide in Wisconsin history, eclipsing the likes of former secretary of state Vel Phillips, a legendary figure in Milwaukee’s black community. The question for many today is whether Barnes, a charismatic young (32-year-old) political neophyte, elected as a first time state representative in 2012, could live up to the weighty expectations of the job.

The first sign that Barnes was making the GOP in Wisconsin nervous came during the gubernatorial race when then-Lt. Gov. Rebecca Kleefisch was forced to apologize after repeatedly claiming — without evidence — that Barnes had knelt during the national anthem at the Wisconsin State Fair in West Allis in support of pro football player Colin Kaepenick’s protest of police shootings of unarmed black suspects that became a national issue.

Kleefisch, who is white, was basically linking Barnes to a racially charged issue in hopes of painting him as anti-American, despite the fact that there was little basis to her claim.

Kleefisch tweeted that “neighbors” had told her they saw Barnes kneeling during the anthem, a dubious charge that was quickly debunked. Kleefisch apologized for the mistake but the damage was done and the insinuation was delivered.

When Evers defeated Scott Walker in the governor’s race, the GOP launched a comprehensive attack on the new leadership by imposing new restrictions on the incoming Democratic regime’s authority in general, sending a message to Evers that his victory would not be validated by extreme conservatives who still controlled the legislature in Madison.

They also didn’t forget about the first black lieutenant governor.

Barnes got a lot of negative attention for  a series of notable mis-steps that hurt his general credibility as the second highest ranking official in state government.

Unpaid parking tickets amounting to $108 made headlines in local media. That  story seemed inconsequential until it was followed by news of more than $2,000 in unpaid  property taxes on a condo that Barnes dismissed somewhat cavalierly with a comment that “the check’s in the mail.”

Already showing warning signs of an impending credibility problem, those public stumbles were exacerbated by news that Barnes may have misrepresented himself as a college graduate without actually earning a college degree. It turned out he was still several credits short of a bachelor’s degree from Alabama A&M University, even though he once posed for a cap and gown photo used in a promotional shot.

Barnes explained that he was currently making arrangements to complete required coursework to fulfill all remaining requirements. It would have been no big deal if not for the grief many political opponents of former Gov. Scott Walker gave him for never graduating from Marquette University..

I was a moderator during a candidates forum in Milwaukee during Barnes’ run against State Sen. Lena Taylor in 2016. During that race, which Taylor won by an impressive margin, Barnes attempted to paint her as ineffective and unresponsive to her constituents. Her victory suggested to many political observers of politics in black Milwaukee that Barnes wasn’t yet ready for prime time.

Those same folks are genuinely surprised Barnes is now the most powerful African-American player in the game, leapfrogging over a generation of more experienced and established leaders.

I know at least three black politicians from Milwaukee who rue not making the run for lieutenant governor when the opportunity presented itself, but held off due to uncertainty about Evers’ chances for victory or their own lack of personal funds for a statewide run.

Only Barnes decided to go all in and he ended up earning the brass ring.

Evers didn’t actually choose Barnes as his running mate, but adding a black candidate to his ticket was a good move for a white liberal with progressive instincts.

Barnes’ mishaps don’t seem to have blunted Evers’ support, but it’s still too early to predict if there are more rocky waters ahead for Barnes that political enemies might be eager to exploit.

As the first black lieutenant governor in Wisconsin history, he clearly has a target on his back. 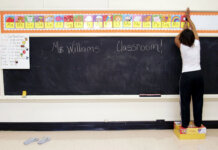 Gov. Evers should insist the Legislature reconsider his win-win proposal 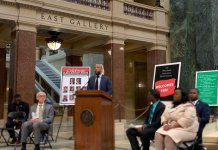