Log on to any major national news site or watch any of the cable news networks and you will inevitably hear that Wisconsin is considered the most critical state for winning the presidency next year. We happen to agree. As the national media and operative class pontificate about how to win Wisconsin, we’d like to add the perspective of people who have been working on the ground here helping candidates and progressive causes for years.

There is not one region or path that can be written off if the Democratic nominee wants to win here in 2020. There’s no shortage of analysis, parsing the Marquette Law School poll and trying to slice out different wedge issues. But numbers aside, here are a few simple things we think the Democratic nominee needs to do in order to win Wisconsin next year:

We are not just taking another shot at the Clinton campaign for choosing not to come to Wisconsin at all in 2016. We believe showing up means much more than that. Yes, the nominee needs to campaign here—a lot. But beyond visiting the Democratic strongholds of Milwaukee and Madison, a winning candidate needs to go to places like Green Bay, La Crosse, Hudson and Wausau. Also don’t forget to campaign in what has often been dubbed the reddest county in America, Waukesha County.

The nominee, as well as numerous state-based allied groups, need to organize and compete everywhere. The Obama campaign had north of 50 offices in 2008 and when you add in what other progressive partners had that number is likely close to 75. In addition to organizing neighborhood by neighborhood in our urban centers we need to go to places where we may not win but can go from 33% of the vote to 39% of the vote. Having an office in a little town and building organizing capacity there is noticed and can make a significant difference in the outcome.

Showing up also involves creating local digital content and disseminating it online. This content doesn’t even have to include the nominee, but rather can focus on local people whose lives are harder because of the Trump presidency and raise up how they would benefit from electing the Democratic nominee. Make it about more than just getting a vote and winning the election; it must be about making positive changes to people’s lives.

This isn’t a recipe just for the more rural areas in Wisconsin. We advise flooding the zone in our urban areas as well. Watching the debates, it is clear that issues that face communities of color are finally getting the attention they deserve. Seize on this opportunity to organize early and learn from allies who have been knocking on doors year-round talking with residents about the challenges they face in their daily lives. People want to be heard, people want their issues talked about, they want to believe that the people who represent them are listening and actually care about their issues and community.

When DC-based operatives discuss the challenges of Wisconsin they openly fret about how to win as many votes as possible in our urban areas and communities of color while not turning off white, working-class voters in our more rural areas. To think this is an either or proposition, pursuing one group and not the other, or fearing that the messages that need to be delivered to one audience are so radically different than another is a deeply flawed proposition that misses what voters in Wisconsin are looking for.

No matter what, the nominee will be hammered by the Trump noise machine. Don’t tilt at his tweet of the moment or become afraid of his rhetoric designed to pit one group of Wisconsinites against another.

If you firmly stand in favor of reparations for slavery tell dairy farmers why, because in today’s media ecosystem those voters likely already know your position. If you are talking to rural voters in Rusk County about the concerns that they have that their children are not getting a good education or that they might get mixed up with drugs, highlight that those are the same concerns facing communities of color.

Don’t just talk about the epidemic of gun violence in our urban centers. Talk about it up north. Yes, we have a proud hunting heritage but that doesn’t mean the parents of a first grader in Eau Claire don’t ache inside just as much as people  in Madison when their daughter comes home and tells them about the active-shooter drill they had that day which made her afraid someone is going to hurt her and her friends.

While our communities experience different obstacles and structural inequality, we also realize that all of us want to provide for our families and have the opportunity to thrive. We aren’t saying everyone’s story is the same, we are saying that the Trump campaign is going to do all it can to pit one group against another. Whether we like it or not this is going to happen, and our side can’t control it. So, own your positions everywhere.

A great example of this being done right comes from Governor Evers’ successful campaign last year against Scott Walker. Evers came out unequivocally in favor of providing drivers licenses for undocumented immigrants. He was attacked for it but didn’t yield. Regardless of the audience he clearly stated why he thought it was the best policy for everyone. In the end, he was rewarded for that authenticity at the ballot box.

As important as it is to improve our performance from the historic lows that Hillary Clinton got in our more rural areas, to win Wisconsin you also must invest heavily in mobilizing the communities that have been left behind and are under constant attack from Donald Trump. This is more than just a heavy push for turnout the last few weeks of the election. This involves engaging on the ground early and learning from what organizations like Black Leaders Organizing Community and the Milwaukee Area Service Hospitality Workers have been doing year-round for the last few years.

With meaningful year-round engagement, people feel listened to and start to develop more of a political home. Far too often campaigns realize the importance of communities of color and youth too late and assume that we will just show up without any real investment. Black women in particular are the most reliable demographic to vote for Democrats, but only when campaigns make the effort to engage us and we see our issues inserted into mainstream media. Don’t  ignore the most reliable base and assume that in this age of increased hate crimes and racially motivated dog whistles that we will just automatically vote.

What we are saying isn’t revolutionary. It’s also easier said than done. Wisconsin will likely come down to the wire, and will change the outcome of the whole election. Much will turn on who the Democrats nominate, what happens in the economy, even if one of the candidates mistakenly calls Lambeau Field Lambert Field (we see you John Kerry). As operatives who have spent a combined 30 years working in Wisconsin we think the strategy we outlined is the best path forward to winning Wisconsin and the White House.

Angela Lang is the Founder and Executive Director of BLOC (Black Leaders Organizing Community) an organization dedicated to organizing and building political power in the African American Community. Prior to that she served in senior organizing roles for SEIU and For our Future.

Mike Tate is a longtime Democratic operative and served as the State Chair of the Democratic Party of Wisconsin from 2009-2015. 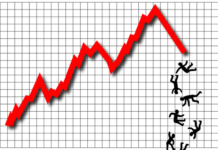 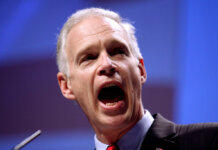 Kids are getting their shots — so should Ron Johnson 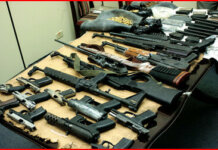 How to win Wisconsin