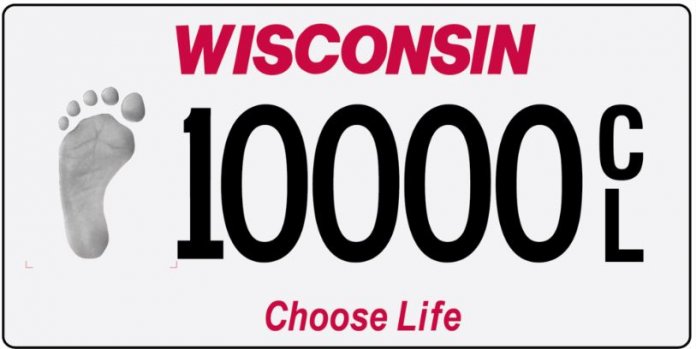 Under their new bill, the state Department of Health Services would be required to award a grant — with no competition — to a private organization which would award grants up to $25,000 to “pregnancy resource centers.” Choose Life Wisconsin was founded by two anti-abortion groups, Wisconsin Family Action and Pro-Life Wisconsin. The first group, run by Julaine Appling, is also anti-LGBT. Pro-Life Wisconsin opposes not only abortion, but contraception.

Many of the pregnancy resource centers have a documented history of pressuring women not to have abortions, as well as providing medically inaccurate information designed to scare women away from considering abortion as an option.

“These so-called resource centers are designed to mislead women and to be deceptive,” says Rep. Lisa Subeck (D-Madison). “Women are tricked into entering facilities thinking they are accessing a legitimate health clinic offering services based on factually accurate medical information.” One group specifically stated their goal was to go in the wrong door,’ accessing their group when they were looking for a Planned Parenthood or other clinic with a full range of reproductive health options.

In 2013, when Subeck worked for NARAL — which defends abortion rights — women with the group visited crisis pregnancy centers (now called PRCs) in Madison, Milwaukee and Janesville for consultations. At a Madison center, purchased by abortion clinic protesters and located directly across the street from a Planned Parenthood clinic, one young woman was told she could handle a child despite having said she could not. She was also pressured to give birth and warned repeatedly of the dire emotional consequences of abortion, as well as medical consequences including, “very heavy bleeding,” “infection,” “perforation of the uterus, which can cause infertility later in life” and “emotional and psychological pain that comes along…later.”

The Guttmacher Institute has published research debunking those claims, citing several studies that found no connection between abortion and mental-health problems in women. And Planned Parenthood points out in a detailed abortion fact sheet for patients that abortion is a safe medical procedure; serious complications are rare.

“I’m really concerned about this,” says Subeck. “At a time when Republicans have been consistently cutting off access to real health-care centers, it’s even more appalling. This is the provider arm of the anti-choice movement.”

Choose Life Wisconsin was originally created as a depository for funds from Wisconsin “Choose Life” license plates, first offered in October 2017. Purchasing the plate donates $25 annually to this umbrella group for pregnancy resource centers. The site says it “is available for pro-life Wisconsin citizens to purchase.”

Also on its website, Choose Life Wisconsin states it gives grants to “Pregnancy Resource Centers located in the state of Wisconsin working toward a culture of life.”

Analiese Eicher of One Wisconsin Now calls the bill “an outrageous abuse of taxpayer dollars,” adding, “We shouldn’t be forced to send our money to prop up extremist right-wing outfits with a documented history of misleading women and giving them false information about their health care.”

Quinn and Bernier’s co-sponsorship memo seeking further legislative support states there are 65 Wisconsin PRCs, serving 42 cities. “Wisconsin’s Pregnancy Resource Centers offer critical help to citizens in every corner of our state. These services can include ultrasounds, STI/ STD testing and treatment, housing referrals, and parenting classes, among others.” Defending the no-bid grant, they write, “Choose Life Wisconsin already handles the funds that are raised through pro-life license plates, and will be well-suited to administer the grants responsibly and efficiently.” The only requirement is an annual report to DHS on which PRCs are awarded the sub-grants.

“This blatant attempt to fund anti-abortion organizations would funnel money to centers that deny women medically accurate information,” responds Sara Finger, the founder and executive director of the Wisconsin Alliance for Women’s Health. “The Republican majority is out of touch with what women in Wisconsin need. We are perfectly capable of making healthcare decisions for ourselves. What we need is access to accurate information and affordable quality healthcare.”

GOP legislators want taxpayers to give $500,000 to anti-abortion extremists