As worries persist about contamination from chemicals known as PFAS in and around  Marinette and Peshtigo in northeastern Wisconsin, the state Department of Natural Resources will hold the first of six monthly listening sessions on the issue this Wednesday in Marinette.

“People asked the DNR to give folks a forum to ask questions and receive information, and so we are responding to that request,” DNR’s remediation and redevelopment director, Christine Haag, told Wisconsin Examiner. “This is a complex issue in Marinette and Peshtigo.”

PFAS is the abbreviation for perfluoroalkyl and polyfluoroalkyl substances, a class of manufactured chemicals that have been used in industry and consumer products for more than 60 years.

“PFAS do not occur naturally and are widespread in the environment,” the DNR states on a webpage devoted to the issue. “They are found in people, wildlife and fish all over the world. Some PFAS can stay in peoples’ bodies a long time and do not break down easily in the environment.”

According to the federal Environmental Protection Agency, eating or drinking food or water containing PFAS over a period of time that allows their concentration in the body to increase may cause changes in human development and reproduction, as well as liver, kidney, and immunological effects. Among humans, they’re associated with higher cholesterol levels, and certain groups of PFAS may cause tumors, lower infant birth weights, immune-system changes, cancer, and thyroid problems.

Contamination from PFAS chemicals near Marinette came to light following the purchase of Tyco International Plc, by Johnson Controls Inc., based in the Milwaukee suburb of Glendale. The acquisition included Tyco operations in Marinette where firefighting foams and sprays using PFAS chemicals are manufactured and tested.

In 2013 and 2014, Tyco found evidence of some of those chemicals in soil and groundwater on the premises of its Marinette facility, Tyco  states on a website it has established about the issue.

Lacking data at the time, the company didn’t publicly disclose the findings. In 2016, tests showed “concentrations of these compounds at the edge of the property, so we then began a series of tests which led us to where we are today,” the company reported on the website.

Not until November 2017, however, did the company publicly report those findings and that it had suspended spraying the foam products outdoors, according to published reports.

In its third-quarter financial report last month, Johnson Controls disclosed it was setting aside $140 million to pay for cleaning up the contaminants.

Publicity over the findings has since triggered a series of meetings involving company, DNR, and public officials. The issue has also provoked  public backlash.

The announced listening sessions come after the DNR in August said that Gov. Tony Evers had directed it to do more to deal with PFAS concerns. And they follow criticisms of the DNR’s handling of the issue by some in the communities who have been most outspoken about PFAS pollution.

Andrea Rich, a Marinette resident who also has property near Peshtigo that she said has been affected by the contamination, has accused the DNR have being too slow to disclose information.  Haag declined to comment on criticisms lodged against the agency.

She has also raised concerns that, besides PFAS contaminating drinking water in the area, the chemicals have turned up in treated biosolids from wastewater treatment systems. Those biosolids are spread on area farm fields, where she said it seems likely they will  find their way into the food chain.

Rich expressed appreciation for DNR’s plan for its upcoming listening sessions. “I think it’s good that they’re getting the public involved,” she said. But she also wants more information about what will be expected at those events. “I wish they would provide more of a roadmap about what specifically they want from us.”

The DNR meetings come on the heels of  a listening session in August convened by Sen. Tammy Baldwin (D-Wis.), who said then, “Because we are learning more about PFAS, I think there is an urgency to get our act together and provide some leadership at the federal level for this challenge,” according to meeting materials released by her office.

A Baldwin spokesman said she has emphasized giving the federal Centers for Disease Control and Prevention more resources to research the effects of PFAS on human health and the EPA more resources to set “an enforceable national drinking water standard for PFAS and to develop better testing methods for PFAS in the environment.” Baldwin has also introduced a bipartisan “PFAS Accountability Act.”

The Assembly Water Quality Task Force  focused one of its hearings on the subject, and Republican as well as Democratic legislators have introduced bills to address the issue.

Rep. John Nygren (R-Marinette) has authored two bills: AB 85 would direct the state Department of Health Services to develop groundwater standards for two groups of PFAS chemicals, and AB 323 would put restrictions on the use of firefighting foam with added PFAS.

A Gruszynski staffer said testimony before the Water Quality Task Force, of which Gruszysnski is a member, “made it clear that members of the public want a strong response to address existing PFAS contamination and prevent additional releases of this emerging contaminant in the future.”

Other speakers may be included in future meetings as determined by questions and concerns that arise in the initial meetings, Haag said. “The DNR is doing its best to make sure that the public has good information.”

The sessions are all scheduled for the Community REC Center, 2501 Pierce Ave., in Marinette. The days and times are: 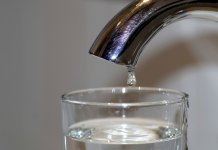 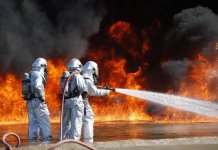 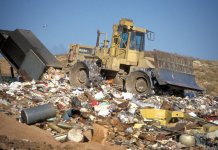