One of the more refreshing features of Wisconsin, and Milwaukee in particular, is the broad appreciation for the ways in which different ethnic groups  enrich a community.

Other places where  I’ve lived and worked don’t celebrate their diverse ethnic groups. In California, Arizona and Texas there are Mexican and Mexican American communities, with a few people from other Latin American countries  blended in, living in separate enclaves. In D.C., the dominant communities were white and black, (Although African American isn’t necessarily an ethnicity—you can be black and Latino).

How different it was, then, when I first moved to Milwaukee in 2004 to discover the city’s warm embrace of its diverse ethnic identities.

Here, Italian Americans celebrate their immigrant and cultural origins with pride as do a host of other groups, including Germans, Poles, the Irish, Serbians, Croats, Greeks and Scandinavians. For some of these groups, the celebrations take a week during the summer and involve the entire community on the Summerfest grounds.

Imagine my dismay, after I moved to Texas, to read about Wisconsin being among the states that threw the election to Donald Trump, a candidate who made ethnic division and bashing immigrants the centerpiece of his campaign. And how disheartening it is to read of Wisconsin among the states that are, by virtue of the anti-democratic Electoral College – talked about as still in play for Donald Trump in 2020. When I moved from Wisconsin to Texas in 2011, the two states couldn’t have been more different. Even before Trump, it seemed Texas was at war with Mexico and Mexicans, as if its war of independence in 1836 was recent history. After Trump won, it easily accommodated his zero tolerance toward Mexico and the vilification not just of Mexicans, but of all immigrants. In Texas, those privately run detention facilities came to be accepted by the state’s leadership, as if they were as natural as breathing.

Gov. Scott Walker was just recently solidifying his ascendancy when I left Wisconsin and, as it wasn’t a border state, Wisconsin seemed to me least likely to be among those states considered to fall into line with Trump. I had high hopes for Wisconsin. There was that history of rich and proud ethnicity.

And then 2016 happened and those hopes were dashed.

That Trump’s mindset toward immigrants could find a place in the hearts of Wisconsinites can only be attributed to loss of cultural memory.

The Max Kade Institute for German-American Studies at the University of Wisconsin–Madison reminds us: “In the nineteenth century, ethnicity was a critical element in Wisconsin’s social fabric; more likely than not, ethnicity determined one’s religion, politics and even such mundane aspects of life as dress or diet. Wisconsin became a favored location for hundreds of thousands of immigrants because it offered abundant, inexpensive land … industrial jobs and a free political climate. … These ethnic enclaves offered the comfort of familiar languages and customs as well as insulation from the dominant—and often hostile—Yankee culture.”

Please note that description—“often hostile”— of Yankee culture. This is what figures most prominently in our current memory loss.

Many Wisconsinites apparently forget not just the deprivation and persecution their ancestors were fleeing but also the welcome their ancestors got from those who got here before them. Not much of a welcome at all. The same situation endures today.

In Texas and other border states, I never encountered a Border Patrol checkpoint without having my car pulled aside to check my trunk for, well, who knows what. In Wisconsin, at least, the Border Patrol was absent. Except, it appears, in the hearts and minds of its Trump voters.

Trumpism’s appeal for Wisconsinites in 2016 might be explained by the economic angst of those left behind by globalism. But Trump’s tactics – trade war with the Chinese and everybody else – have resulted in even more of a hollowing out of manufacturing and agriculture. So why do Trump supporters cling on? It must be the appeal of blame and finger-pointing. Immigrants are the clear target here – immigrants just like the ancestors of those who quaff beers at the ethnic festival on Summerfest grounds.

But, right, those ancestors came here “legally.” Never mind that, before 1924, all someone from Europe had to do to stay here was pretty much to show up. After the 1924 Asian Exclusion and National Origins Acts, all you had to do was show up and be a white immigrant. That’s a simplification, but not by much.

This is what seems to have escaped the notice of Wisconsinites who still support Trump.

Nearly 5% of Wisconsin residents were immigrants in 2015, while more than 6% of the native born had at least one immigrant parent in 2016, the year Trump was elected, according to the American Immigration Council.

Mexicans were the largest group of new immigrants. In 2014 these immigrants as a whole contributed $1.46 billion in federal taxes, $675.4 million in state and local taxes. They  also represent about $5.5 billion in spending power.

Some 29% of Wisconsin immigrants have college degrees, 19% with some college and 28.7% have less than a high school education.

Also worth noting: the labor participation of the foreign-born men surpasses that of the native-born men. That’s significant, as most Wisconsin counties, and the state at large, are experiencing a decline in working-age population.

Immigrant  labor participation is something to toast at Milwaukee’s ethnic festivals next summer. And it’s something to keep in mind next fall, when Trump asks the state’s voters to buy into his blame game.

Guess who Wisconsin is going to need in the near future? Blaming immigrants might be effective short-term politics. But welcome is a far better long-term strategy. 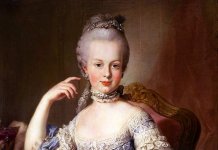 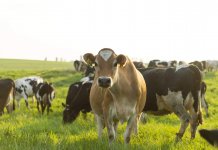 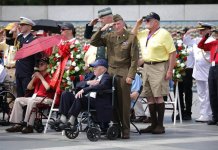 Memorial Day: Time to reflect on the true costs of war