Kim Kaukl, a retired school principal who lives in the little town of Plain, Wis, about seven miles north of Spring Green, is the executive director of the Wisconsin Rural Schools Alliance.

In his frequent trips to Madison, Kaukl talks to state legislators about the plight of rural school districts across the state that are suffering from a combination of tight budgets and declining enrollment. He advocates for policies that will help rural schools and rural areas more generally. Economic development, especially rural broadband, that could help revitalize rural Wisconsin, is one of his pet causes.

“Our legislators are always talking about ‘brain drain,’” says Kaukl. Instead, he wishes there were more talk about investing in the great resource the state has in its rural kids.

“What I’ve found, over my career, is we are more likely to keep a rural student in the state to become a business person or an entrepreneur.” Unlike students from Madison and other cities, who go off to seek their fortunes in Chicago or New York, he says, “our rural kids are a little more Wisconsin-grounded, especially if they come from a farm family.”

It’s been a tough last few years for the school districts Kaukl represents in rural Wisconsin. Schools are closing, students are enduring longer bus rides to get to the remaining schools, and towns are suffering from the loss of local high-school sports teams, the gathering places schools provide, the source of community pride, not to mention the schools as major local employers.

“There are a lot of school districts that have had to make the difficult decision to close schools,” Kaukl says. It’s a painful choice, as state education funding has declined, and districts have been forced to go to referendum and ask local taxpayers to pay more to keep the schools open. When those referenda fail, communities are often left with no good choices.

“You want to work with these districts to say, ‘How do we use the buildings so they don’t just sit there and decay?” says Kaukl. “In some cases, they’ve done really well, creating community centers. Sometimes they just kind of remain bitter, and the building sits there and no one does anything with it.”

Recently, the conservative Wisconsin Institute on Law and Liberty joined a lawsuit on behalf of Shepherd’s Watch, a Christian organization that seeks to open a voucher school in the now-vacant rural elementary school building in Mattoon, Wisconsin, in the Antigo School District.

“We are pleased that Shepherd’s Watch and its vision for a new school in Mattoon will be represented in this important case,” WILL’s executive vice president C.J. Szafir stated in a press release. “This a vital fight, not just for the future of this community, but for rural communities across Wisconsin that deserve quality, local educational options. WILL looks forward to the day when the doors to Mattoon Elementary are open and the classrooms are full again.” 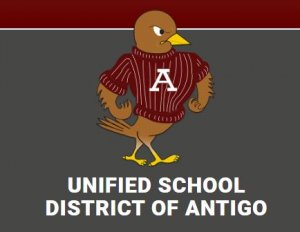 But Kaukl and his group do not favor the voucher-school plan.

“By opening the private voucher school, it really has a negative impact, because it takes money from the school district,” Kaukl explains.

Under state law, school districts can lose about $8,000 in per-pupil funding that would otherwise go to a local public school when students’ families instead utilize a voucher to attend private school.

“It would be like I’m basically selling land to my competitor, and it’s going to cost me money too,” says Kaukl.

In a tight budget environment, declining enrollment is already a top concern for rural school districts. “Your piece of the pie gets smaller as your enrollment drops,” Kaukl explains.

“If you lose five or six students, that’s the equivalent of a teacher salary,” he adds, “But a lot of times you can’t cut a teacher, because those five or six kids are in different grade levels.”

That’s part of the reason the Antigo School District, which has a legal claim on the Mattoon Elementary School property, is trying to prevent the voucher school from moving in.

“What these districts need is more educational options,” Szafir and Cori Petersen wrote in an opinion piece promoting the voucher school plan.

It is perverse to let the school sit empty, just to defend a public school system that is not serving students well, they claim, pointing to low test scores in the high-poverty district.

But Kaukl doesn’t buy it. “They trash a lot of our test scores, but if you look at the history, [voucher] students don’t fare much better than our rural students,” he says.

The data backs up Kaukl’s assertion. According to the Department of Public Instruction, in 2018-2019 the percentage of students scoring proficient or advanced on the Forward, ACT with writing and DLM assessments in English and language arts was 40.1% for public school students versus 20.7% for voucher students. In math, 41% of public school students scored proficient or advanced, versus 17.8% for voucher students.

Jim Bender of School Choice Wisconsin takes exception to the way DPI presents the data, and puts out a chart comparing voucher students to low-income public school students in Racine and Milwaukee, showing that the voucher students perform significantly better on statewide tests except when compared to high-income students.

But public school advocates, including Kaukl, point out that voucher schools have far fewer special education students (about 2% compared to 14% for public schools), and are not subject to the same requirements as public schools to serve special-needs students, or even to make all of their students participate in statewide exams.

One of the causes the Wisconsin Rural Schools Alliance has taken up was an unsuccessful effort to get the state to cover 90% of special education costs for public school districts—the same rate of reimbursement it provides for special-needs vouchers.

“I have nothing against private schools,” Kaukl says, adding that he went to a private, parochial school himself from kindergarten through eighth grade and taught for several years in a parochial school.

“My issue is if you want to provide [private schools] money, provide it out of a different pot of money, don’t take it out of the public schools.”

Even rural school districts that don’t have a voucher school are affected as the voucher program expands and “the pie gets smaller,” because the money for vouchers comes out of the same pot that used to only fund public schools, Kaukl points out. “No additional money was ever put in for vouchers,” he adds.

According to Bender, it doesn’t make sense to blame the Wisconsin Parental Choice Program for the financial straits of rural schools. At 7,140 students statewide, “the program is so small, it’s just not making a significant impact,” on any one district’s finances, he said in a recent interview with Wisconsin Examiner. But, he concedes, school vouchers are going to expand “dramatically” over the next several years. From voucher advocates’ perspective that’s a good thing. More competition and more choices are what parents need, along with a more flexible approach to education that can open up options including online learning for rural kids.

From Kaukl’s perspective, it’s a better idea to invest in the rural schools that are still hanging on. “It’s been a tough number of years here,” he says. He points to a teacher shortage that left districts scrambling to hire staff, even after school started this year.  “It’s hard to attract young people to come out to the rural areas,” he says. He makes a point of reaching out to young people who love the outdoors and the appealing aspects of small-town life. “But I would absolutely say that we have great teachers and administrators. We have an event every year to promote what’s great about rural schools.”

Even in the face of declining enrollment and budget strains, Kaukl plans to keep up his advocacy. Like those rural kids he talks about, he is committed to Wisconsin, the place he calls home.

Ruth Conniff is Editor-in-chief of the Wisconsin Examiner. She formerly served as Editor-in-chief of The Progressive Magazine where she worked for many years from both Madison and Washington, DC. Shortly after Donald Trump took office she moved with her family to Oaxaca, Mexico, and covered U.S./Mexico relations, the migrant caravan, and Mexico’s efforts to grapple with Trump. Conniff is a frequent guest on MSNBC and has appeared on Good Morning America, Democracy Now!, Wisconsin Public Radio, CNN, Fox News and many other radio and television outlets. She has also written for The Nation, The New York Times, The Washington Post, and The Los Angeles Times, among other publications. Her book "Milked: How an American Crisis Brought Together Midwestern Dairy Farmers and Mexican Workers" won the 2022 Studs and Ida Terkel Award from The New Press.