Black and Latino Round Table (Photo by: Isiah Holmes)

The negative fallout from decades of mass incarceration was a major topic of discussion during the second annual State of Wisconsin Black and Latino Caucus Roundtable held at the Capitol on Thursday, Oct. 3.

“I will be very clear that we all know that Wisconsin is the absolute worst state to raise a black family,” said Rep. Sheila Stubbs (D-Madison), blasting the situation of black Wisconsinites as “daunting,” “embarrassing,” and “unacceptable.” Speaking to the Roundtable through a Skype call, Stubbs noted, “We know that we did not get to this place without looking at our policies, our practices.”

Sen. Lena Taylor (D-Milwaukee) spoke about legislation she has cosponsored to restore voting rights to people on probation and parole. Taylor pointed out the longstanding shortfalls in the state’s community corrections system, uncovered by the 2008-2009 Justice Reinvestment Initiative, which led to policy changes in Wisconsin’s corrections system.

The Justice Reinvestment Initiative highlighted the high costs associated with incarcerating sick, elderly people. “We are spending a lot of money on people who are elders and who are sick in our institutions,” said Taylor. Wisconsin spends more on incarceration than any of its neighboring states. The Federal Bureau of Prisons spends 19% of its annual budget on incarcerating the elderly.

Recidivism, or people being re-incarcerated, was also a major concern. “We needed to look at that and do a better alignment around services that are being provided in the community,” said Taylor. State legislators did use what they’d learned from the Justice Reinvestment Initiative to craft new policy. But “some of that work was undone when our Republican colleagues took control of the legislature,” Taylor said. In 2011, the National Conference of State Legislatures notes, new provisions in Wisconsin related to early release were repealed. As a result, said Taylor,  “We are now seeing a trajectory up in incarceration.”

Melvin Juette, director at the deferred prosecution program in the Dane County district attorney’s office noted shortages in mental health services. Particularly for the many at-risk youth, teens, and young adults whom Juette’s staff of eleven regularly sees. “We’re dealing with a lot of people with significant trauma,” said Juette.

Juette says there’s also a need for changes in cannabis-related policies. He says that although the community isn’t necessarily aware of it, the Dane County district attorney’s office has moved away from charging people with less than 50 grams of cannabis. “All the prosecutorial attorneys know that at a certain level, we are not charging that.”

Gregg Jones, president of the Dane County NAACP chapter, also pointed to high disparities in cannabis arrests as fuel for mass incarceration. Jones urged the Roundtable to focus not solely on creating reforms for people in prison. “There are other areas in the criminal justice system that need to be reviewed,” he said, pointing specifically to use of excessive force in police interactions.

Immigration, the other side of the incarceration coin

The entire second half of the Roundtable was dedicated to the issues of immigration enforcement and protections in the state. “It’s important to note that Latino Wisconsinites are the fastest-growing constituency in the state of Wisconsin,” said Rep. JoCasta Zamarripa (D-Milwaukee). “Immigrants are part of our families and our communities.”

Rep. Marisabel Cabrera (D-Milwaukee) compared more recent, hard-line policies with those established decades ago. “Immigration policies were always, for the last 100 years, based on family re-unification,” she said, adding, “Our current president seems to think that some people are better than others, or are more deserving to be here than others. It has become very racially based.”

Karla Solis, a Roundtable panelist who works for Dane County, tearfully described how current immigration policies have affected her family. “My brother is an 8-year-old, and he’s been afraid of losing my parents. And there’s nothing that I can do as a 25-year-old to help my parents out.”

“We also need mental health treatment for all of this trauma that immigration is causing us,” Solis added, “We have to carry it through our adulthood, too.”

Other advocates drew attention to proposals to extend protections and support for Deferred Action for Childhood Arrivals (DACA) students, and provide drivers licenses for immigrants. Local advocates focused on limiting cooperation between police departments and federal immigration agents. This has been a particularly controversial issue in Milwaukee, where a man was recently arrested by agents in front of his family. Although the extent of local cooperation with ICE operations isn’t uniform, the Waukesha County Sheriff’s Office has the only known, on-paper partnership with the agency.

The discussion spurs criticism From Republicans 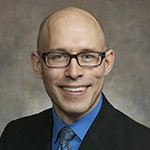 Roundtable. “I attended the event yesterday,” he wrote in an email to other legislators, “and it seemed some members on the legislative panel took every opportunity they could to make derogatory remarks about Republicans.” Allen added that, “those who didn’t make such remarks did nothing to correct their colleagues whenever they spoke in such blatantly partisan terms.”

His remarks garnered reactions from some of the Roundtable’s leading representatives. “First and foremost, I want to convey the utmost respect to Rep. Allen for being the only Republican – out of 81 Senators and Representatives – to have the moral fortitude to show up and listen to the issues affecting communities of color around the state.” Rep. Crowley emailed Wisconsin Examiner. Nevertheless, Crowley concluded, “It is disheartening that his only take-away from the event was a sense of victimhood for Republicans.”

The Milwaukee representative asserts that while criticisms of GOP policy did occur, “there was also an open exchange of ideas on how to fix those disparities – coming from members of communities of color.”

Allen wrote in his email blasting the group that, “When the legislators ‘of color’ are ready to have meaningful dialog about how to address some of our chronic and persistent problems, they should stop the partisan posturing.” Crowley countered that statement, saying,”perhaps if there were more diversity within that party, the imagined ‘partisan posturing’ would not have sounded quite so loud.”

Sen. Taylor told the Wisconsin Examiner, “2019 marks 400 years since the start of American slavery. Evidently, Representative Allen didn’t get the memo that we are free. Free to make our own decisions. Free to think what we like, and say what we want.”

Crowley also noted that his office is open to sitting down and having a discussion about racial inequality in Wisconsin at any time. “I would be happy to have a dialogue,” he said. “When your party has control of both houses of the legislature, it is a simple fact that your policies will be judged on their merits – or lack thereof. That responsibility is inherent to policy-making.”

Crowley added that, while Allen blasted Democrats for not pushing back against their colleagues’ comments about Republicans, Allen and his colleagues did not push back against the Republican leadership when it forced the Roundtable to switch rooms at the last minute.

“Neither did Rep. Allen do anything to correct the oversight of Republican leadership scheduling a committee hearing and press conference at the same time as our Roundtable.” The meeting had to be moved to another room the day of, which threw off some aspects of the schedule.

Allen suggested the Round table be re-named the “”Bash Republicans Commiserating Symposium.” If Democrats refuse, he wrote, “perhaps they should revise their invite list. It was clear that they didn’t intend to make Republicans feel welcome.”

Bringing it all together

Despite the political tit-for-tat, advocates say criminal justice reform should remain a bipartisan concern. “It’s an all-person issue,” said Secretary of the Department of Corrections Kevin Carr. “Everyone has an interest in making sure that we have a fair criminal justice system.”

He added that it’s his goal, and that of Gov. Tony Evers, to address the interconnected problems raised at the Roundtable, “in a very smart, thoughtful, considerate way,” to grant people, “the respect and the dignity they deserve.”