Second chances: No apology from Perdue

U.S. Secretary of Agriculture Sonny Perdue made national headlines on Tuesday when he visited America’s Dairyland and went to the World Dairy Expo to deliver a message that corporate farms are the industry’s future and increasingly there is no place left for small, family farms.

Perdue’s statement was this: “In America, the big get bigger and the small go out. I don’t think in America we, for any small business, we have a guaranteed income or guaranteed profitability.”

This was received and translated in various news outlets as:

Evers added that government needs to get behind farmers, not tell them to get bigger, which he said demeans the industry that graces Wisconsin license plates. He also added this on Twitter: “Make no mistake about it, Trump’s Administration is no friend to America’s Dairyland. We need to stand by our farmers and have their backs when times get tough.”

After appearing as the headliner at an international gathering of world dairy farmers and  insulting a group of dairy farmers to their faces, in a state losing dairy farms at a rate of two per day, Perdue had a column published in the Wisconsin State Journal and elsewhere the next day.

Trump’s ag secretary offered no apology or explanation, although his column started with a compliment to the “America’s Dairyland” motto on Wisconsin license plates as “that catchy tagline.”

Then he praised the volume and size of production–30 billion pounds of milk and 1.25 million cows–continuing his message focused on quantity. The rest of the column urged Wisconsin farmers to get behind Trump’s trade policies, in particular the United States-Mexico-Canada Agreement (USMCA), which he labeled “a big win for the hard-working people of Wisconsin.”

Perdue is not the first one to stump for the trade deal in Wisconsin. In July Trump visited Milwaukee to push the trade deal and declared: “Some of the farmers are doing well…We’re over the hump. We’re doing really well.”

That statement, too, drew a backlash in Wisconsin. But Perdue’s column continued with cheerleading:  “President Donald Trump has made it his mission to support American agriculture and negotiate better trade deals so our productive farmers can sell their bounty around the globe. We are talking long-term gains that will benefit all Americans — expanding job opportunities and securing the success of family farms for generations to come. The United States-Mexico-Canada Agreement (USMCA) does just that and is a big win for the hard-working people of Wisconsin.”

“Under the leadership of President Trump, we’re working to address systemic trade imbalances that have hurt the agricultural sector,” he wrote with no mention of the pinch farmers have felt from Trump’s various trade and tariff wars. 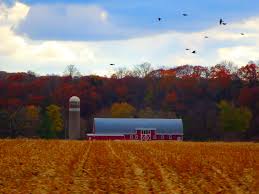 And he concluded: “The Trump administration is committed to ensuring the success of American dairy farmers and making sure Wisconsin continues being known as America’s Dairyland.”

Another opportunity to communicate a new message was in Perdue’s Twitter feed, but it was equally void of any regret expressed for his comments. He posted many pictures from his talk at a Verona elementary school and one piece of news footage with this line:  “There is no doubt there has been economic stress in the dairy industry but we believe better days are ahead.”

He also posted on Thursday that starting on Friday he will be kicking off his own podcast called, “The Sonnyside of the Farm.” His first episode is interviewing former Trump press secretary Sarah Huckabee about working for Trump and says they will also discuss “how much @realDonaldTrump loves America’s farmers and ranchers.” 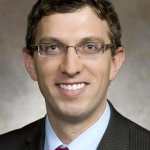 Several Republicans, including U.S. Rep Glenn Grothman (R-Glenbeulah) called Perdue’s statement as disappointing in an interview with WKOW-TV in Madison. When asked by reporters, U.S. Sen. Ron Johnson refused to criticize Perdue’s comments, but did say that small farms are a tradition “we want to do everything we can to preserve.” He also suggested that perhaps larger dairy farms could provide resources to help smaller operations.

Rep. Travis Tranel (R-Cuba City) sent a letter to Perdue taking him to task for his comments: “I would highly encourage you to consider the health of our rural communities as more and more of our family farms shut their doors for good. The get big or get out model that you referenced, and seem to be encouraging, is exactly why our agricultural markets seem to be completely over supplied in the first place. We currently have a surplus of just about everything from corn to beans to dairy to cranberries!”

But mostly there was silence on the GOP side of the aisle.

Democrats, however, seized on the comments.

State legislative Democrats used their weekly radio address as a response and rebuke of Perdue’s comments “on family farms and small agricultural businesses.”

Sen. Janis Ringhand (D-Evansville) offered this response: “In Wisconsin, family farmers are the backbone of our economy. That’s why it was incredibly disappointing to hear U.S. Agriculture Secretary Sonny Perdue, one of the largest corporate farmers in America, call struggling family farmers ‘whiners’ and suggest that Wisconsin farmers go out of business unless they adopt the corporate farm model.

“It is no secret that our family farms across the state are struggling. And the policies of Secretary Perdue and the current administration only make things more difficult for farmers in Wisconsin. According to the Wisconsin Department of Agriculture, Trade, and Consumer Protection our state has already lost 551 dairy farms in this year alone.

“When family farms are lost, it creates a rippling effect throughout Wisconsin. As a member of the Wisconsin Dairy Task Force 2.0, most of our recommendations were geared toward helping families stay on the farm and give a much needed boost to our dairy industry.

“Unfortunately for family farmers in Wisconsin, Republicans have not acted on all the recommendations made by the task force. As lawmakers, we have an obligation to find solutions to help family farms thrive. Instead of sending the message to small farmers to go big or get out of farming, we should be doing all we can to ensure that our farming community is as strong as possible.”

Second chances: No apology from Perdue