High levels of PFAS chemicals that have caused recent alarm in several parts of the state have been detected in two waterways, data posted online Monday by the Wisconsin Department of Natural Resources shows. Other areas of the state have shown much smaller levels of the substances,

Meanwhile, test results from yet another river where PFAS contamination has triggered close scrutiny and public concern have not yet been completed.

The findings come from a database posted on the web by the DNR as part of a new effort to promote greater awareness of the chemical category in the environment.

“It’s not to cause alarm,” DNR spokeswoman Sarah Hoye said of the database. “It’s not to have people not drink their water. It’s awareness at this point.”

PFAS is the abbreviation for perfluoroalkyl and polyfluoroalkyl substances, a class of manufactured chemicals that have been used in industry and a wide range of consumer products for more than 60 years, particularly in fire suppression foam chemicals.

In recent years PFAS contamination in the environment has sharply ratcheted up concerns among public health experts and residents where the substances have turned up in high levels.

Ingesting food or water contaminated with PFAS has been linked to human reproductive and development changes and effects on the liver, kidneys, and immune system as well as thyroid problems, lower infant birth-weights, tumors, and cancer.

To date, however, the federal EPA hasn’t set official standards for PFAS concentrations to be considered a threat to human health. As a benchmark, said Hoye, the state is using 20 parts per trillion (20 ppt). Above that level, “the higher it gets, the worse it is.”

The first round of sampling, which is still underway, is focused on establishing baseline levels of contamination in waterways where the chemicals are found, said Hoye.

The concentration of contamination in the sample data is displayed in nanograms/liter, equivalent to parts per trillion.

Starkweather Creek in Madison, which rises near Truax Field, the site of regular firefighting exercises at which fire suppression foams were used, showed particularly high levels of PFAS chemicals. One category, PFOS for short, ranged from concentrations of 79 to 270 ppt in the are most subject to exposure. The other category, PFOA, ranged from 23 to 43 ppt.

Along the Wisconsin River between Rhinelander and Nekoosa, concentrations ranged from 6.5 to 23 ppt for PFOA and 3 to 3.1 ppt for PFOS.

In Monroe County, two waterways near Fort McCoy, another fire-suppression training site, generally showed much lower concentrations: for PFOA, a range of 0.11 to 4 ppt; for PFOS,  0.11 to 4 ppt. For PFOS, concentrations included undetectable and 0.59, but a sharply higher 29 at one location along Silver Creek.

Tests on the Peshtigo and St. Louis rivers in Marinette and Douglas counties, where concern about PFAS contamination from a firefighting chemical manufacturing site has led the DNR to host six months of listening sessions, haven’t been posted yet. Data on tests measuring the concentration of the chemicals in fish also haven’t been posted.

Andi Rich, a vocal critic of the DNR’s handling of the Marinette-Peshtigo contamination, called the release of the data on Monday “a step in the right direction” but expressed continued frustration at what she felt were insufficiently rapid efforts by the agency to address the broader issue. She questioned the accuracy of some of the reported data given how concentrations varied along some waterways.

Darsi Foss, administrator for the DNR’s environmental management division, told Wisconsin Examiner that the agency was still learning how the chemical category behaves and that only with further tests over time would it be possible to understand possible explanations for the variations.

Following the DNR announcement of the posting of its database, Sen. Tammy Baldwin (D-Wis.), who met in Marinette last month with government and business officials about the PFAS contamination there, released a statement renewing her call for the federal Centers for Disease Control and Prevention as well as the EPA “to step up and invest in research on how PFAS chemicals harm human health and establish meaningful standards to help protect Wisconsinites from PFAS exposure.” 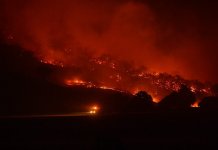 Wisconsin’s spring wildfire season is upon us 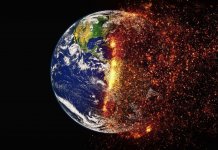 From COVID to climate change: science must lead progress

‘This cannot be who we are any longer’