Wisconsin is high on hemp.

No, not in that way.

While it looks like marijuana and smells like marijuana, hemp does not have enough tetrahydrocannabinol (THC) to get a person stoned. In Wisconsin, hemp as a crop is exploding in popularity, but not always with a positive outcome for the farmers.

Last week, the state Senate overwhelmingly passed a bipartisan bill, now awaiting a vote in the Assembly, that would expand a hemp  pilot program into a full program overseen by the state Department of Agriculture, Trade and Consumer Protection (DATCP). Assuming the bill passes, as expected, it is very likely to facilitate even more interest in the crop.

Wisconsin once  led the nation in industrial hemp production, back when the wartime slogan “Hemp for Victory!” was a sign of patriotism. That stopped in 1938 when a tax act made hemp illegal. Driving much of the crop’s current growth is the interest in cannabidiol or CBD oil, although some farmers are planting industrial hemp for fiber and similar uses.

There has been a 10-to-15 fold increase in hemp growers and processors from 2018 to 2019 under the fledgling pilot program. And hemp is now grown in 70 of the 72 Wisconsin counties, according to DATCP. Hemp experts say there are more than 20,000 different types of products made with hemp.

But don’t start ordering seed just yet. It can be expensive, difficult and frequently unsuccessful, warns Brian Kuhn, who as the director of the Plant Industry Bureau oversees hemp fields in Wisconsin.

“This is not a low-risk crop,” he explains. “Growers and the state are still learning. That said, he’s watching Wisconsin farmers embrace it. “There’s a lot of energy, a lot of excitement and a lot of interest.”

After the passage of the 2018 federal Farm Bill, which opened the door further to growing hemp by classifying it as an agricultural commodity rather than a controlled substance, Wisconsin began issuing its first licenses in April of 2018. In the first year, Kuhn says the state licensed about 240 growers and about 100 processors. This season, he says, “we took that quantum leap” and licenses have gone to 1,240 growers and 550 processors. Wisconsin now has more than 5,000 acres of hemp.

“By law we have to sample every hemp field,” says Kuhn who estimates about 90% of farmers are growing hemp for CBD oil and about 10% for industrial hemp. “We have to make sure it passes as a legal hemp crop.”

Because it is a new program, Kuhn has joined his inspectors sampling in the field and talked with farmers about what works and how to tweak the program. He has 10 employees sampling and hired another 10 temporary employees just for hemp testing.

The current explosion is driven primarily by the market for CBD oil, but that is also the most risky version of the crop to grow.

“Some farmers are looking for an alternative to save the farm, or they need bigger profit than corn or soybeans,” Kuhn says. “These are the guys I’m concerned about.”

Among the biggest risks when growing hemp, particularly for CBD oil, is that a field can “go hot.” A crop that has 0.3% of its dry weight or lower is THC is legal. A crop that has 0.4% THC or higher is classified as marijuana. This “hot” crop as growers call it, must be destroyed. Common methods used are burning or chopping with a brush hog mower. Even that isn’t easy as Kuhn says stalks grow about “as big as a Christmas tree.”

“They are playing with fire,” he says, because a grower wants the CBD oil to be as potent as possible, without exceeding the limit. The first year, he says about 10% of the fields were hot and “this year I see that creeping up.”

In addition to avoiding hot fields, there are other reasons hemp is a high-risk crop.  First, the license isn’t cheap. A farmer growing 200 acres or more must pay a one-time license fee of $1,000, plus an annual grower registration fee of $350 and $250 per field for testing. A background check is also required as a part of the process.

These costs are lower than many other state’s programs, and currently Kuhn says Wisconsin likely expends more than it takes in, but plans to re-evaluate its fee structure.

Kuhn says the state working with farmers has discovered that wet soil is not good for hemp in Wisconsin. Many of the seeds come from Washington state, but the soil and climate there are different so the seed may not function well here.

And currently there are more farmers than there are processors of hemp for CBD oil.

Kuhn says industrial hemp, Wisconsin’s speciality in the 1920s and ’30s, has a stronger chance of building a stable market, calling it lower risk and long-term gain.

“Back in the day, Ford made an all-hemp automobile,” says Kuhn. “It is so durable you can basically take a sledgehammer to it and it would bounce off.”

The state has also found a partner in its hemp pilot in the UW-Madison, which allocated $35,000 for a College of Agricultural and Life Sciences, and the Division of Extension funding a year-long outreach and research project to support industrial hemp growers, the UW reported in April. The university is looking at issues such as whether certain fertilizers might make it more likely a crop would become hot.

“It became clear that we were going to need to do something to increase capacity, to make sure we’re meeting the needs of the folks out there really trying to implement hemp cropping,” says Patrick Robinson, associate dean of agriculture and natural resources in the Division of Extension. “It can take a while to find long-term resources to build capacity in a new area, so we decided to create a more rapid response to this emergent need.”

Kuhn is confident the crop can be successful again in Wisconsin, and he thinks the hemp bill pending in the legislature will be helpful to that end.

“In time all these details will shake out, we’re still in the initial phase,” says Kuhn. “The bill adds provisions that the industry asked for and it lines up our statutes with the 2018 Farm Bill. I will expect DATCP and the legislature will continue to make changes too.” 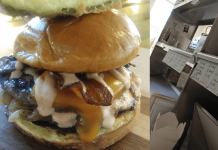 Production here is skyrocketing, but hemp can be a very risky crop