Now, now, stop. I’m blushing. No need to thank me so effusively.

We have a win-win here. I get to continue doing something I love (and supplement my retirement income) and you get to claim one early victory in what will become an increasingly frantic effort to get people like me to keep working.

In case you missed it, a recent report by the Wisconsin Policy Forum points to labor shortages ahead. Baby Boomers are trading in full-time jobs for Social Security, pension checks and redeemed 401(k)s. This occurs as birth and fertility rates have been generally declining, creating an imbalance — job growth and too few younger workers to pay into Social Security and too many retired folks to draw from it.

So, one of the solutions from the report is keeping Boomers in the workforce longer. Hey, that’s me.

For me, at age 66, “retirement” was an option. I could wangle it financially (not everyone can). And my wife (who still works) and I had been in a long-distance commuter relationship for the last four years. Don’t ask, it’s a long story, but not ideal. My fix was to “retire” and return to Wisconsin to seek other work, with retirement income as a more-than-sufficient cushion.

Dear Wisconsin: Despite my happy outcome, I gotta say you didn’t make me feel that you wanted me to stay in the workforce. Beyond the cultural expectation that I not work at my age, there seem to be institutional roadblocks.

An unemployment rate of 3.19% in Wisconsin (in August) denotes a tightening labor market. Things should be rosy across the board for job seekers. That’s not what I experienced.

My job search began at the beginning of the year, even before I hit the state in early July. I launched searches — through the usual online job search sites — as soon as I decided I was retiring. They intensified once I was in Wisconsin.

My cover letter made it clear: Getting a salary commensurate with what I had been getting was not a goal, though I recognize that many people can’t retire because they need the wage.

I was targeting nonprofits that, like journalism, could give me a sense of working for something bigger than any one individual. But I was applying at for-profits as well and I was applying for jobs, in my opinion, for which I was clearly over-qualified. Or for jobs that, though not perfect fits with my resume, would allow some enterprising HR person to recognize great potential because management, research, writing, editing and communications skills are, after all, transferable talents.

But I soon got the sense that my online job searches never got past an algorithm. Some 40 years of journalism experience and not getting past the application process for a proofreader job? Huh?

Also fueling my suspicion of decision by algorithm: I was routinely asked by the employer for supplemental information in addition to the “voluntarily” provided boilerplate of race/ethnicity, gender and disability and veteran status.

I naturally wonder if those algorithms weren’t picking up on a certain something else — age.

Alas, the cat is out of the bag on this. The Washington Post in early October ran an oped by Ifeoma Ajunway, a labor expert: “Beware of Automated Hiring: It won’t end employment discrimination. In fact, it could make it worse.” The literature is replete with documentation of age discrimination as well.

There is a happy ending for me. But if the state is going to be serious about keeping Boomers like me in the workforce, it’s also going to have to get serious about making it easier for us to remain working. And that starts with convincing employers to hire those who are nearing, at or past retirement age. And, yes, immigrants, too — it’s a no-brainer. (Psst, demonizing them is the opposite of welcoming them.)

Yeah, I know. Maybe all this is just bruised ego. There are certainly other candidates more qualified. But not even getting to the interview stage in most cases seems to indicate that it’s worth exploring those algorithms and hiring practices generally.

I got my current job (at the local community college) via one of those online job boards, by the way. So, definitely worth doing despite the problems I encountered.

But, Wisconsin, if you want to ease or prevent a labor shortage, maybe don’t look any further than keeping that woman or man at that desk where they already sit. Give them a reason to stay. And a way to get a job if they’re looking for a new one. 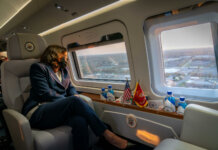 One answer to the labor shortage: end ageism

Wisconsin is missing out on valuable work from retirees like me