At a tearful press conference Friday afternoon, Sandra Rivera, a school social worker at the Nuestro Mundo Community School in Madison, appeared with her lawyer and the executive director of her union to speak out about what she described as unjust disciplinary action against her by the school district under its zero-tolerance policy for using racial slurs.

Recent news about Marlon Anderson, an African American guard at West High School who was fired and then rehired following community outcry over his termination for repeating a racial slur hurled at him by a student, helped prompt Rivera to come forward, she said.

By being silent about her own case, she said, she feared she was contributing to a destructive atmosphere.

“A zero tolerance stance at MMSD does not work,” Rivera told reporters and supporters gathered in a meeting room at the offices of Madison Teachers, Inc. (MTI).

‘I quoted the student and said the N-word’

Rivera was disciplined after taking part in a meeting of staff and administrators at her school last March, to plan professional development on black student excellence, she said.

“I brought up how to prepare ourselves better as staff members to address issues where students use racial slurs to insult,” she recounted. “Another member of our team was surprised to hear that our students did that. I gave her a recent example I had witnessed, and wanting to be clear, I quoted the student and said the N-word, out loud in its entirety. I did not direct the word at anyone. The context in which the word was used was not in a derogatory way or to insult anyone.”

“I know the history, pain, oppression, harm and trauma that word carries because it is my history, too, as a black Puerto Rican,” Rivera added, her voice cracking.

Rivera’s principal reported her to the district, said Doug Keillor, executive director of the teachers’ union MTI. said. Rivera received a disciplinary suspension and was informed she could be terminated. She spent weeks worrying that she was about to be fired, while she received no further communication from the district on her case, she said.

Crying as she described the stress of not knowing if she was about to lose her job, she added, “it was a time when I didn’t know who to ask for help or who to trust. And that in itself was really unfair.”

After she received a disciplinary suspension letter, Rivera was allowed to keep working in the school while she awaited possible further action by the district. She stepped down from the school-based leadership team. The way the district handled her case, she said, “created a climate at Nuestro Mundo of stress, low morale, fear, mistrust, lack of risk taking, secret conversations, intimidation, and it has interrupted the very work we are supposed to be doing.”

The school district’s zero-tolerance policy on using racial slurs, and the way it has been enforced, has interfered with the work of creating an environment “where we can truly ground ourselves in unpacking racism and tearing down systems of oppression, systems that perpetuate racism,” Rivera pointed out.

Tamara Packard, Rivera’s attorney, who is appealing her disciplinary suspension, said the district has no formal policy, either in its employee handbook or official school board policy, that actually forbade Rivera speaking as she did. The district pointed to “a couple of emails from [former schools superintendent] Jen Cheatham” that notified staff of the zero-tolerance, Packard said, “but those emails are unclear, at best,” and were interpreted by Rivera and her colleagues as specifically forbidding name-calling.

“It is a longstanding principle in labor law that when application of a rule undermines the purpose of the rule, no discipline is warranted,” Packard said. The district’s zero-tolerance policy on racist language, she added, “is most likely to capture for punishment those staff who are closest to the problem and working to solve it.”

Supporters of Rivera and Anderson certainly believe that is true.

Students at West High School conducted a massive walkout to support Anderson, a beloved member of the staff.

MTI’s Keillor pointed out that Rivera has had a 20-year career “defined by glowing evaluations from her supervisors and the strong admiration of her peers. She is viewed at her school as a leader with an unwavering commitment to social justice.”

MTI estimates that there are four or five cases of discipline under the zero-tolerance policy that are currently under appeal. Other cases are no longer active because staff have resigned. Most have chosen not to speak publicly. “Most of these cases are not about someone calling someone the N-word,” said Jordan Loeb, a colleague of Packard’s at the Pines Bach law firm in Madison, who has several white clients who were disciplined for their interactions with black students.

“It’s an impossible situation,” he added. “By and large what we have in Madison is people who are very committed to teaching to all kids, but may not be experienced or trained in teaching kids of color and narrowing the achievement gap.”

Teachers have been given inadequate guidance and support, Loeb said. And the district, instead of doing a better job of implementing anti-racist policy, is all too willing to throw staff under the bus.

“It’s a trap,” Loeb said, “because teachers are asked to work with students — often students with significant needs — and if you are seen as violating these lofty goals, what the district does is fire you. The district seems more interested in demonstrating punitive responses to conflict than in exploring better approaches.”

In Anderson’s case, which became national news and even attracted celebrity notice when Cher offered to pay Anderson’s legal fees, the district quickly reversed itself.

But, said Loeb, “I don’t know, if it hadn’t been for the New York Times and CNN holding up a mirror to Madison, if it would have happened.”

On Monday night, Oct. 28, the Madison school board will meet to approve the budget, and will likely hear public comment on the recent zero-tolerance cases.

Board member Savion Castro has spent a lot of time recently meeting with students at West High School who were outraged at Marlon Anderson’s firing, and who want to weigh in on the district’s policies on teaching about race and racial slurs.

He expects a large number of students to testify at the school board meeting, “which is great,” he said.

“The district is majority black and brown, but the teacher workforce is overwhelmingly white,” Castro points out. And, he said, “There is a history in this country of black and brown people being disciplined out of educational spaces for being who we are.”

Castro has been talking with students, families, and staff of color about what district policy should look like going forward. The district, he said, needs to “center the voices of black and brown people, and let that guide your future.”

Among the questions he has discussed with students are, “What authority do we think white educators have to use this word?” and “How can we create healthy, respectful dialogue around these issues?” 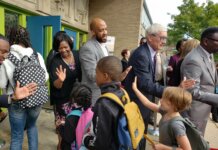 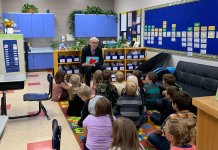 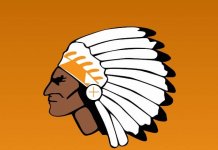