Not all that long ago, Ron Johnson was running a Fox Valley plastics manufacturing company given to him by his in-laws. Now a United States senator, Ron Johnson has bumbled his way into the center of an impeachment investigation and looks very much like one of Donald Trump’s men in Ukraine.

According to new media reports, Johnson met personally with a Ukrainian diplomat in early July 2019 to discuss a right-wing conspiracy theory about Ukrainian involvement in the foreign interference marring the 2016 election that brought Trump to power.

Johnson’s meeting is drawing additional scrutiny because of the timing, occurring just before the infamous phone call in which Donald Trump appears to have solicited the President of Ukraine to help him attack a political opponent in exchange for military aid and a visit to the White House. This new information comes in the context of Johnson having numerous other interactions with high-ranking Ukrainian officials and significant association with U.S. policy on Ukraine.

That this is not Sen. Johnson’s first foray into the orbit of the Trump impeachment investigation is also worth remembering. He burst onto the scene in large part as a result of his performance on a national public-affairs program where he was asked to respond to reports he seemed to be uncomfortable with Donald Trump’s apparent linkage of U.S. aid to Ukraine with efforts to dig up dirt on his political opponents.

The interview proved to be a disaster for Johnson, as he spiraled off into conspiracy theories to avoid answering simple, direct questions and offered laughable proof that Trump had done nothing improper: He told him he didn’t do it.

You might be asking yourself at this point: How can someone who’s a member of the United States Senate, with influence over critical questions of national security, go on national TV and unquestionably say that serial prevaricator Trump was telling him the truth when he denied committing potentially impeachable offenses?

Well, Johnson also believed he was recruited for the U.S. Senate when Fox News contributor Dick Morris spoke to him through the TV to inspire him to run for the office.

As disturbing as what Johnson has had to say about the sordid dealings of Donald Trump at the center of the impeachment inquiry is his silence now.

Having talked his way into the spotlight, Ron Johnson is now refusing to answer legitimate questions. Wisconsin news reporters’ calls to Johnson and his staff are going unanswered and he is mum on important questions about whether or not he would participate in any U.S. Senate consideration of impeachment, given his apparent role in the scandal.

Has Johnson been instructed to keep quiet by Trump’s team? Is he concerned about his own ethical and legal exposure for actions he may have taken?

An examination of Johnson’s record reveals no shortage of ill-advised statements and instances where he put partisan political loyalty before public service. But based on what we know now, it seems this may be the worst mess Johnson has been in yet. 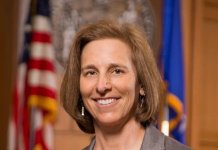 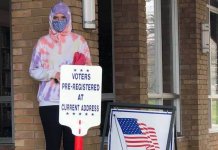 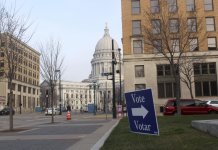