If this seems like an unusually early greeting when Thanksgiving is still more than two weeks away, you must not be a member of the Wisconsin Assembly.

Tuesday was the final day of a very short Assembly floor session for 2019 and the two dominant themes were religion and December holidays — and religious December holidays. Often the Assembly leadership declares themes for each day of the floor session. That was not the case on the final day of the fall session. But Christmas and other mixing of church and state took up far more time than any other topic during non-ceremonial debate.

There was a resolution declaring Thanksgiving week to be Bible Week. A Republican representative began the meeting with an opening prayer. One of the “hometown heroes” —citizens honored by the legislature — spoke about how Jesus had changed his life — as did the representative who introduced him. There was a Democratic recognition of Black Catholic History Month. And then two-and-a-half hours into the meeting, The Great Christmas Tree vs. Holiday Tree Debate began.

“If we’re going to have holy wars, it is to distract. I don’t expect it to be a big issue,” Assembly Democratic leader Gordon Hintz (D-Oshkosh) said in advance of the session.

On Friday, Gov. Tony Evers put out a release stating that the theme for this year’s holiday tree would be “Celebrate Science.” Republicans seized on the word “holiday,” as the evergreen that graces the center of the Capitol every year was called a Christmas tree until the mid-80s. Then it became a holiday tree under both Republican and Democratic administrations until former Gov. Scott Walker took office and declared it to again be a Christmas tree in 2011.

Rep. Scott Krug (R-Nekoosa) quickly authored an Assembly Joint Resolution in response, which was rushed to the floor to officially rename “the decorated tree on display in the Capitol rotunda during the Christmas holiday season as the Wisconsin State Christmas Tree.”

Rep. Lisa Subeck (D-Madison) began the debate discussing how she felt about the resolution as a Jewish woman. “I’m frustrated to see this before us. I know well it’s a Christmas tree … I’m not offended it is there, I think it’s a lovely tradition.” However she said that “when we try to officially name it … when we go through a process, the message it clear.” She called the process “purely asinine,” saying turning it into a political statement is “insulting to me,” and adding, “Let’s be inclusive, let’s be respectful.”

Majority Leader Rep. Jim Steineke (R-Kaukauna) responded that he’d also be offended if the governor put a sign in front of the menorah that is also set out in the rotunda and called it a holiday candelabra. (A series of small religious displays — plus one atheist display — are set out in the Capitol each December but are overshadowed greatly by the tree.)

“There is no other holiday where a decorated tree is used,” said Steineke. “It is synonymous with the birth of Christ. Just call it a Christmas tree.”

A question arose as to whether this resolution would receive a voice vote, as most resolutions do. Republicans requested a roll call instead so representatives’ votes would be put on record, which set off a new round of objections on political “divide and conquer strategies,” as Rep. JoCasta Zamarripa (D-Milwaukee) labeled it, noting she had not requested a roll call for her Día de los Muertos resolution.

Speaker Robin Vos (R-Rochester) rebuked her, adding, “Why can’t we choose to respect what every Christian in the country says it is. I would hope it will be unanimous as we do leave for the holidays. It would be nice.”

Proving the measure was indeed political, Krug concluded, “Our governor is trying to exclude Christians from the holiday season.”

Hintz used the opportunity to turn the conversation to what the Assembly could have been doing that would have been more productive with its time, including addressing topics from dark-store tax breaks to penalties for drunk drivers. He echoed his pre-session message, in which where he stated, “I think today’s calendar speaks to the fact that there isn’t really a lot of interest in addressing and tackling the big issues out there. I think we have an obligation … to try to deal and manage the bigger issues that are impacting people, whether it’s groundwater, whether it’s stagnant wages, whether it’s access to affordable childcare, whether it’s access to affordable health care. And I don’t think anybody can say that the agenda pushed in the legislature remotely comes close to addressing those issues.”

Speaker Pro Tempore Tyler August (R-Lake Geneva), who was presiding over the session, lightened the mood with this quip: “It may not be Festivus but we are certainly doing an airing of the grievances.” In the end the measure to call it the Capitol Christmas Tree passed 64 – 31 on party lines, with a handful of Democrats sitting out the vote entirely.

In between many introductions of guests in the gallery and other ceremonial measures, there were a few substantive, yet non-controversial items that both sides of the aisle embraced with unanimous votes.

Rep. Tony Kurtz (R-Wonewoc), a farmer who grows hemp for fiber, had a bill to help staff and formalize a permanent hemp program to return Wisconsin to the days when it was the biggest grower of hemp in the nation “in the ’30s and ’40s.”

Joining him in enthusiasm for the bill was one of the chamber’s most liberal members, Rep. Chris Taylor (D-Madison) who called the measure “a very, very, very important bill” for a “thriving industry [that] needs support.” It passed 95 – 0.

AB 470 to create 12 new circuit court branches to relieve highly overworked courts, mostly in rural parts of the state (if the counties submit proposals that are accepted and allocated by the director of state courts) also passed with a unanimous vote.

And SB 60 overseeing the timing and process for releasing “a sexually violent person” from prison back into their own communities on supervision also passed unanimously.

Then came time to adjourn, which got another unanimous vote, The air was mostly collegial, religious arguments set aside until the Speaker leaned into the microphone and announced the vote, saying “On the move to stand adjourned, the ayes have it. Merry Christmas.”

And on Nov. 12, the representatives departed the chambers until January 2020, for whatever holidays they may celebrate over the next two months. 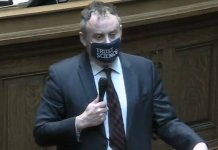 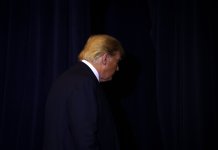