WASHINGTON — Wisconsin Republican Sen. Ron Johnson on Wednesday assailed an Obama-era program that has allowed hundreds of thousands of young, unauthorized immigrants to remain in the country without immediate fear of deportation.

Johnson, the chairman of the Senate Homeland Security and Governmental Affairs Committee, opened a committee hearing on migration at the Southern border Wednesday with a diatribe against Deferred Action for Childhood Arrivals, or DACA. He called its creation in 2012 a “seminal moment” in immigration policy that exacerbated the crisis at the southern border.

Human traffickers used the program — which marked a key change in immigration policy — to incentivize people to cross the border, he said. “They would tell them, ‘The U.S. has changed its policy’” and encourage them to cross the U.S.-Mexico border.

As a result, the number of unaccompanied children and people crossing the border as members of family units skyrocketed, he said, pointing to what he called an uptick in minors who were apprehended at the southwest border or who claimed asylum at ports of entry after the policy took effect.

The theory has been debunked by independent researchers who point to a 2008 anti-trafficking law and to violence and bad economic conditions as the main culprits for a 2014 surge in unaccompanied children at the southern border, The Washington Post reported.

But that didn’t dissuade Johnson from repeating the conservative talking point.

“I know others may dispute this, but I think it’s pretty obvious,” he said. The DACA program “certainly started something.”

His comments came the day after DACA came under heavy scrutiny in the U.S. Supreme Court.

Ken Cuccinelli, acting director of U.S. Citizenship and Immigration Services (USCIS) at the U.S. Department of Homeland Security, seemed to back up Johnson’s claims.

An immigration hardliner, Cuccinelli said USCIS has taken significant steps to “close the loopholes that are being exploited and have led to the crisis at the southern border.”

Among those is the organization’s work to process DACA recipients after courts “interfered with lawful attempts” by the Trump administration to terminate the program — which Cuccinelli said has wasted time and resources “that should be spent adjudicating lawful immigration benefits instead.”

Johnson’s criticisms of DACA aren’t new. In 2017, he called the program an “unconstitutional overreach by the Obama administration that created incentives for children from Central America to take great risks to enter America illegally.”

The Obama administration created DACA to allow certain immigrants who arrived to the United States before age 16 to apply for work permits and temporary protection from deportation.

President Donald Trump vowed to end the program on the campaign trail in 2016, and his administration made good on that promise in 2017 — but lower courts blocked the decision from taking effect.

In extended arguments, the court’s conservatives expressed skepticism about the legality of the program and seemed to suggest the Trump administration’s decision to end it was not reviewable in court.

A decision is expected next spring or summer. In the meantime, DACA supporters are seeking a legislative solution.

President Trump said Tuesday he is open to a deal with Democrats that would allow DACA recipients to stay if the program is overturned.

Hanging in the balance are the fates of hundreds of thousands of so-called Dreamers, including roughly 7,000 in Wisconsin.

There were roughly 661,000 active participants in the DACA program as of June 30. Ending DACA would threaten their ability to live in the United States and would deprive them of legal authorization to work and to access certain social benefits. 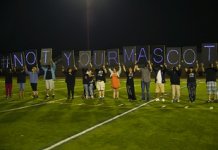