A package of bills aimed at streamlining adoption, ensuring more stable lives for adopted children and their new families and expanding the rights of foster parents could produce more litigation, making the process more complex and lengthy, witnesses warned a state Senate public hearing at the Capitol on Wednesday.

The cautionary testimony came alongside comments from people calling for the measures to be passed — including two families whose adoptions were blocked after birth parents reversed earlier decisions to place their children for adoption.

But several elements of the package raised questions and posed problems, asserted a collection of legal experts. They also could conflict with laws and rights of Native American tribal members in the states, Indian representatives warned in their testimony.

“All of our Indian children being adopted out — those are all of our future leaders,” said Nicole M. Homer, an attorney for the Ho-Chunk Nation.

Wednesday’s hearing before the Senate Committee on Universities, Technical Colleges, Children and Families covered a total of seven pieces of legislation, which followed a report produced in October by a task force on adoption set up in May by Assembly Speaker Robin Vos (R-Rochester).

The task force was created to “address the barriers facing biological and adoptive parents” according to an interim report from the panel. Its work included examining the termination of parental rights; identifying how to reduce the timeline and costs for adoptions;  and increasing public information.

The package includes three particularly controversial bills: One would accelerate the process for termination of parental rights (TPR) when children are placed for adoption. A second would expand the rights of foster parents in legal proceedings to change where children who have entered the foster system are placed. A third would limit the rights of relatives when placement changes are made for children who are in the juvenile justice system or who have been removed from their families under a protective order.

“Adoption, of course, is a very complex patchwork of laws state by state,” said state Sen. Andre Jacque (R-De Pere) in opening remarks introducing the termination of parental rights legislation, which he is lead author of. “Wisconsin significantly lags not only our surrounding states, but the rest of the nation in terms of the rate of adoptions completed in our state [and is] behind less populated states in the number of total adoptions. The difficult and uncertain court process faced by prospective birth parents and adoptive parents is often cited as a factor leading families looking to adopt to look out of state.”

Testimony in favor of the TPR legislation (SB-232/AB-263) included two adoptive couples who described adoptions that were undone, in each case when a birth father emerged late in the process, asserted parental rights and won custody of the child despite questions that the adoptive parents had raised in each situation about the safety of the children.

But Diane Rondini, an attorney with the Wisconsin State Public Defender’s office, which represents juveniles and children needing protective services and also handles some TPR cases, observed that seeking to speed up processes could wind up undermining the goal of achieving a permanent placement for a child.

“There’s an assumption that decreasing the time from petition filing to permanency is what meets the statutory benchmark of the best interests of the child,” Rondini testified. “It is often our experience that speed leads to instability in placement, which means the overall process will take longer to reach your final purpose.”

Sen. Dale Kooyenga (R-Brookfield), the committee chair, questioned that analysis. “Where it’s moving quicker, it’s pulling the band aid off and moving quicker to a stable situation,” he said.

Adam Plotkin, legislative liaison for the public defender’s office, replied, “From our perspective, the best interests of the child are served primarily by getting to final permanence. Speed should be a factor in getting to that point, but if by going fast we get to a placement that is disrupted, and that child is put back in the foster care system, placed again, and it’s disrupted because we keep moving quickly through the stages, that doesn’t serve the interests of the child any better.”

Oneida, Menominee, and Ho-Chunk Nation representatives also testified that several of the legal provisions conflicted with state and federal Indian welfare laws aimed at ensuring the rights of tribe and tribal descendants to maintain their identity.

An example Michelle Gordon, an attorney for the Oneida Nation, offered was a birth father not in a relationship with the birth mother of a child, who may not even be aware of a pregnancy, much less the birth of a child.

“For a dad to not be potentially told, and this child goes through the system. That is a loss for us,” said Gordon. “It’s just another way to diminish our numbers, and for our tribe, to slowly disappear, and our children, for the tribe, are our most important asset.”

The seven bills that lawmakers drew up following the release of an interim report from the Adoption Task Force in October include:

Existing law already grants adults who were adopted that date or after access to information in their medical history filed with the state (https://docs.legis.wisconsin.gov/statutes/statutes/48/VIII/432) and access to identifying information about their birth parents if the parents have registered their consent (https://docs.legis.wisconsin.gov/statutes/statutes/48/VIII/433).

Current law gives those documents to the panel reviewing the plan, the child’s parent, guardian and legal custodian; an appointed public representative; and the lawyer representing a child.

Current law presumes giving a relative custody is in the child’s best interest and requires judges to consider doing that whenever possible. The bill eliminates that presumption and states that in such cases, children could only be placed with a relative if it is in “the best interest of the child.” 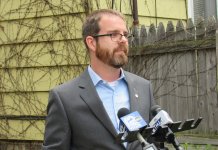 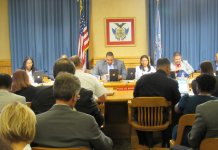 To Zoom or not to Zoom