It’s not a good sign when your candidate starts doing pushups on the campaign trail to show that he’s fit for office.

Just ask former Gov. Tommy Thompson, who dropped and ripped off 50 for the Milwaukee Journal Sentinel editorial board during a contentious Republican Senate primary in 2012, right before he went on to lose the general election to Sen. Tammy Baldwin.

Like Joe Biden, who challenged an Iowa voter to a pushup contest during a town hall meeting this week, Tommy was a favorite uncle among politicians throughout his lengthy political career. Wisconsinites cringed a bit at his gaffes, but they were inclined to cut him some slack. After all, he’d been around a long time, and he was known for being a friendly, hail-fellow-well-met kind of guy. It didn’t turn out to be a winning formula when it came to the general election, though.

I’ll never forget watching then-Gov. Thompson speak to a group of Israelis at the governor’s mansion, whom he referred to as “Israelites.” He explained, affably, that we Wisconsinites can relate to the Israeli/Palestinian conflict, because we’ve had a long running feud with Michigan over the U.P.

You cringe, but you also kind of hope other people won’t judge him too harshly. You want him to get through.

That’s pretty much the feeling a lot of us get watching the Biden campaign.

For now, Biden is still holding onto his lead in the Democratic presidential primary field, as other candidates, including Kamala Harris, drop out. Biden won an endorsement from John Kerry this week. But that was quickly overshadowed by his run-in with the voter in Iowa, who not only told him, rather rudely and right to his face, that he is “too old,” but also brought up Hunter Biden’s cushy gig on the board of a Ukrainian energy company. That ticked off Biden, who called the man a “damn liar,” (and, disputedly, “fat.”)

Hunter Biden’s business in Ukraine is a major theme of Donald Trump’s re-election campaign. He, and a lot of his associates, apparently went to a great deal of trouble and taxpayer expense to dig up dirt on Biden’s son, and you can bet they plan to use it, fairly or unfairly, in the 2020 election. Considering that the entire nation has been focused on the issue throughout the Trump impeachment hearings, you’d think maybe Biden wouldn’t be shocked to hear it come up. But then, you’d think he might have been more prepared in the Democratic debates.

Biden has been put on his heels, repeatedly, by his Democratic opponents in the debates so far. In some cases, it’s not so much an opponent as Biden himself who gets in Biden’s way, as when he claimed to have “come out of the black community” and to have the support of the “only black woman in the Senate” — a point his then-opponent and black woman Sen. Kamala Harris, hastened to correct.

Most voters are not watching the primary debates, which helps explain why Biden is still ahead in the polls. For those who are watching, the stress of waiting to see if Biden will muddle through without embarrassment is becoming all too familiar. It’s not a great place to start a campaign.

Wisconsin is often invoked by Democrats who argue that, to beat Trump, they need a safe, centrist candidate. Midwestern swing-state voters want a nice, relatable white candidate who shoots down the middle.

“A super-progressive nominee who relies on super-progressive white voters is not a profile of a victorious candidate in the upper Midwest states,” writes Jennifer Rubin in a Washington Post column warning of the dangers of Elizabeth Warren.

But Wisconsin went big for Bernie Sanders over Hillary Clinton in the 2016 primary, and there is real danger in nominating yet another centrist Democrat who is viewed as elitist and out of touch with the problems of working people.

Biden might be right that the Iowa voter had his facts mixed up when he asserted that Hunter was helping his the Obama administration trough his job in Ukraine. More accurately, he was trading on his father’s name, which is not a lot better.  But when Biden challenged that Iowa voter to match wits with him in an IQ test, he wasn’t doing himself any favors. Message: I’m smarter than you and my son is richer. Have the Democrats learned nothing since 2016?

Wisconsinites were turned off by Hillary Clinton in 2016. Maybe, despite the gaffes, or even because of them, they will find Biden more “likeable” — that old word has resurfaced again to dog female candidates in 2020.

Likabliity is one thing. But winning is something else. Just because a candidate wins the sympathy vote doesn’t mean he wins the whole game. Just ask Sen. Tammy Baldwin. Or not-Sen. Tommy Thompson. 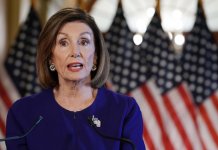