Playing catch-up after five years on ice, a state panel on major highway projects has canceled three proposed projects and added no new ones to the state’s road-building agenda. The panel met for the first time in half a decade last week.

In contrast to the last two governors, Gov. Tony Evers and the acting secretary at the state Department of Transportation are emphasizing their intention to resume at least annual meetings for the group, the Transportation Projects Commission.

“If we do our job right, we’re going to make each dollar we have stretch a lot further by planning properly, and making sure we don’t move forward on projects that don’t absolutely warrant it,” Craig Thompson, DOT secretary-designee, told the Wisconsin Examiner in an interview after the commission’s nearly-three-hour meeting Friday, the first in five years.

The commission is supposed to meet at least once a year, but both Jim Doyle and Scott Walker disregarded that schedule. Under Doyle, the panel met just once, near the end of Doyle’s second term. Under Walker, it met twice in 2011, once three years later in 2014, and then not again since, amid an impasse over highway funding that pitted Walker against legislators and led his DOT secretary, Mark Gottlieb, to resign in 2017.

Highway conditions and a growing shortfall in the state’s road-building fund became a major issue in the 2018 governor’s race, when Walker lost his bid for a third term to Evers.

The body’s job consists of evaluating proposed major highway projects and advancing them to the legislature for approval.

The bulk of Friday’s meeting consisted of a lengthy review of 11 projects underway — a review that might have been much shorter, Thompson noted, had the commission met more frequently.

“We really did have five years worth of updates to provide in one meeting,” Thompson said. “I know the governor intends on getting this back on track to meet at least annually. And I think when we do that, they may not need to be quite as long.”

Thompson declined to speculate on why under Walker the commission hadn’t met for several years. “I think the reason that they had said was that there were not new project studies to bring forward, nor projects to bring forward,” he said. “But the administration feels that even if we don’t have one to bring forward, it’s important that we get together and update [commission members] on how we’re doing and be transparent about where we’re at.”

The commission’s work focuses on big projects, not maintenance work, which was at the heart of Evers’ oft-quoted campaign pledge to “fix the damn roads.” And the commission’s duties don’t include addressing the specific, and still unresolved, issue of how to sustainably fund the state’s road building and maintenance programs over the long term.

But Thompson, in remarks to the commission and again in the interview, pointed to $320 million in new highway rehabilitation funding included in the final 2019-21 state budget, achieved by hikes in vehicle title and registration fees. The budget also included $66 million in additional general transportation aids to local municipalities — a 10% increase.

The three projects that the commission, acting on the DOT’s recommendation, removed from consideration were on U.S. Highway 8 between Wisconsin Highway 35 and U.S. Highway 53 in Polk and Barron counties; Wisconsin Highway 11/U.S. Highway 14 from Janesville to Interstate 43 in Rock and Walworth counties; and on U.S. Highway 12, the Fort Atkinson bypass, in Jefferson county. “The Department has determined there is not a significant enough need or priority for these studies relative to other studies and statewide needs, or that the needs that exist have other more appropriate remedies,” Thompson told the panel.

In addition, he noted that two new major projects — on Interstate 43 between Milwaukee and Grafton, and on Interstate 41 between Appleton and Green Bay — have already been included in the new budget. 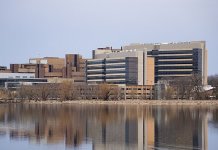 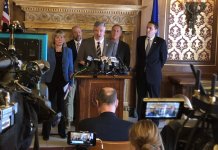 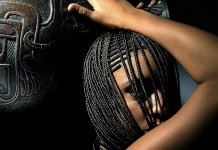