José (Alex) Alejandro de la Cruz-Espinoza, 38, a Milwaukee man who was arrested by Immigration and Customs Enforcement (ICE) in September, has been released on bond. De la Cruz-Espinoza spent over 70 days inside an immigration detention facility in Dodge County, after agents arrested him in front of his wife and young daughters.

“I was really nervous at first,” José’s wife Kristine de la Cruz, told Wisconsin Examiner, as she recounted the moment she first saw her husband upon his release. “We’d waited maybe two hours, not knowing what door he was coming out of. So we’re all like, ‘Oh my god, where is he?” She said once she finally laid eyes on him, “the first thing was, I wanted him to hug my daughters.”

For her, the moment of his release, “was surreal,” almost like a dream. “I keep touching him to make sure he’s actually there. That this is really happening.” De la Cruz-Espinoza was released on the couple’s 14th wedding anniversary.

He was released on a $4,000 bond Wednesday, from the Dodge County Immigration detention facility. He has lived in the United States for over 20 years.

“Under the Trump Administration,” said Neumann-Ortiz, “we have seen an escalated terrorization of immigrant families, mixed immigration-status families [Kristine de la Cruz, an American citizen of Native American descent, is not an immigrant]. We’ve been so blessed because this family has really held together. ”

Sen. Bernie Sanders tweeted in support of de la Cruz’s release, “I stand with Voces de la Frontera of Milwaukee today, to end the criminalization of immigration. Together, we must and we will reverse Trump’s racist immigration policies and put an end to ICE raids once and for all.”

Neumann-Ortiz said that the fact that de la Cruz was released on bond rather than deported speaks to the arbitrary nature of the immigration system. “The fact that José is here is a testament to the fact that part of the immigration process is that you can bring things forward, to have them [charges] reduced or removed. That then creates an opportunity to adjust your status in the future.”

She contrasted de la Cruz’s case to that of a pastor who was deported in June after applying for asylum years ago, having lived in the country since 2004. Neumann-Ortiz noted that the government has broad discretion in how it treats undocumented people. The Trump administration has chosen to crack down on people who in the past were viewed as productive members of society and left alone.

The de la Cruz family, Neumann-Ortiz noted, had community support, knew their rights, got legal representation, and raised funds through a Go Fund Me page to help pay their legal bills. Other immigrants don’t have those advantages, she said. But their case does demonstrate that local communities can act to save people even under the current, draconian immigration policies of the Trump administration.

Voces de la Frontera has been pushing the Milwaukee Fire and Police Commission to strengthen the Milwaukee Police Department’s (MPD) policies against collaboration with ICE. The group maintains that when officers work with ICE, local officers actually harm the community trust that they depend on.

Neumann-Ortiz called José’s wife Kristine de la Cruz and their daughters, “champions, not just for themselves but they’ve also been champions in public hearings with the Fire and Police Commission about why we need them to step up and support the recommendations that have come from a broad coalition. To hold ICE, a rogue agency, to a higher standard.”

José de la Cruz was arrested as he and his wife prepared to take their young daughters to school on September 23. Kristine de la Cruz has described her shock when the agents approached their car out of the blue, asking to speak with her husband. The family refused, as the agents lacked a warrant, although agents said that one was being processed. In the meantime, José de la Cruz said he was told that if he didn’t open the door, officers would break out his windows and arrest everyone for obstructing an officer. “I don’t wish that on no one,” he said. “It’s the most traumatizing experience, seeing your kids crying as they’re tearing your family apart, and there’s nothing that you can do.”

Voces de la Frontera was contacted by the family as the incident took place. Organizers arrived on the scene to document the incident and offer legal help. Several Milwaukee police officers formed a line between the Voces organizers and the family. The officers said they were flagged down by the ICE agents, and that they were there “so that you don’t meddle in their business,” one officer said on video.

The de la Cruz family has said that they have never been shown a warrant for José de la Cruz’s arrest. The Department Of Corrections informed the Wisconsin Examiner, “On September 13th, 2019, Mr. Cruz-Espinosa’s probation agent was contacted regarding Mr. Cruz-Espinosa’s interaction with Milwaukee PD and ICE. It was requested that DCC [Division of Community Corrections] issue an apprehension request, as Mr. Cruz-Espinosa was described as barricading himself in a vehicle and resisting arrest. An apprehension request was issued by DCC staff; however, an order to detain was not issued by the DOC.”

After his arrest, de la Cruz was taken to the Dodge County immigration detention facility, where he says he was held alongside both other ICE detainees, and more dangerous inmates. Inside the facility, de la Cruz says he saw and experienced, “a lot of racism.” “They act like we are animals,” he said, “like we don’t have no voice. They got us mixed with people who are murderers, rapers, and they treat them better than they do us.”

Kristine de la Cruz said that in just the area her husband was in, there were around 70 other men. This made talking to him difficult at times, and it seemed to the de la Cruzes that the ICE detainees had to wait until other inmates had their calls first, before they could speak with their families. Police departments across the nation and state have varied opinions about ICE collaboration.

While officials in the MPD and Milwaukee Sheriff’s Office have expressed concerns that participating in deportation operations could harm community relations, other departments have committed to fully cooperating with the agency. So far, the Waukesha Sheriff’s Department is the only Wisconsin force known to have an on-paper partnership with ICE. The Wauwatosa Police Department, of Milwaukee County, is also open to cooperating with ICE according to the police chief.

A family under surveillance

In the days after her husband’s arrest, Kristine de la Cruz believes she was put under police surveillance. “I had someone from internal affairs trying to contact me,” she told Wisconsin Examiner. “Like two or three times he called my phone … I was scared to speak with anyone until I had him home, so I blocked the number. And then he actually came to the house, twice.” De la Cruz said when officers paid her house visits, she refused to answer the door. “I didn’t know like, was he there to try to change my mind? I didn’t know who he was, and I tried to avoid the situation.”

De la Cruz also says her calls with José were dropped when they were discussing things pertaining to the case. Her home internet also became very slow, and she called the internet company several times in vain, looking for the cause. Before her husband’s arrest, Mrs. de la Cruz says that her family never experienced these kinds of issues. “We knew what it was,” she said.

It all made her to suspect she was being targeted by electronic surveillance. Similar allegations  have been made by other Milwaukee County residents, including activists, and the families of people who’ve been killed by local police departments.

The Milwaukee Police Department has used a surveillance technology in the city before, known by the brand name StingRay. Colloquially known as cell site simulators, these devices act as spoof cell phone towers which connect to cell phones before they are routed to a real tower. Cell site simulators are used to track target phones, but can also do a variety of things including access messages and emails, and send messages to target phones, or block phone and internet service.

The technology became the subject of a lawsuit in 2017 against the New York Police Department, filed by activists with the Millions March movement. The lawsuit alleged that activists associated with the movement experienced phone malfunctions, such as service disruption, which would coincide with their political demonstrations.

Milwaukee was one of two cities included in a study last year by researchers at the University of Washington, who were testing a technology to help detect nearby StingRay activity. Cell site simulators are highly secretive devices, and police departments are required to sign non-disclosure agreements before obtaining them. They’re usually passed to local departments from federal agencies, or purchased directly from an outside company.

On Dec. 12, the Fire and Police Commission is expected to vote on the MPD’s standard operating procedure regarding interactions with ICE. The vote has been delayed several times over the past couple of months, with Voces de la Frontera continuing to press for action from the commission.

During one commission meeting, Voces de la Frontera organizer Tommy Molina, who filmed the de la Cruz arrest, sparred with Fire and Police Commission chair Steven Devaugas after the commission announced Voces would be limited to 8 speakers, with just two minutes each to speak. Among the speakers was Kristine de la Cruz, who left in tears, stating, “I didn’t even get to say what I wanted,” due to time constraints.

The commission also recently came under fire from Ald. Bob Donovan (District 8), who pointed to reports of dysfunction by commission staff. “Where there’s smoke there’s bound to be fire,” said Donovan. “The information so far being aired relates to employees being fired, employees quitting, and even some employees taking ‘stress leave.’ Something is obviously going on and we have a duty to get to the bottom of what appears to be a serious crisis in a very critical city agency with direct ties to our city’s public safety personnel and functions.” Donovan is calling for a thorough investigation into the management and operations of the Fire and Police Commission.

In September, Mayor Tom Barrett requested that the Fire and Police Commission review the de la Cruz arrest. The review has yet to happen, and there has not been a vote on the MPD’s standard operating procedure for ICE interactions, called SPO-130. The de la Cruz case has become Milwaukee’s best known example of the impact America’s current deportation policies have on families. “I just don’t wish this on any family,” said Kristine de la Cruz, asking that people support a change in the MPD’s policies.

“José de la Cruz is not a violent criminal, is not a felon like he was being depicted by ICE,” Molina told Wisconsin Examiner. “He’s a hard-working man, he’s an immigrant, like many of us, and he cares about Milwaukee.”

De la Cruz was seeking permanent residency status at the time of his arrest and says he will continue to pursue residency. But his wife says that they’re considering moving out of Milwaukee after the trauma of his arrest. 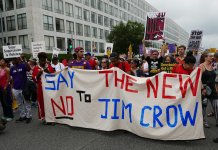 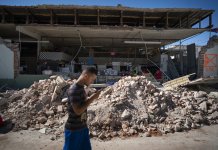 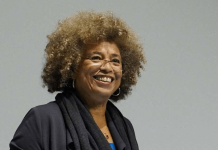