The Wisconsin Elections Commission on Monday did the right thing by waiting to purge 234,000 voters from the rolls.

On Friday, Ozaukee County Judge Paul Malloy ordered the commission to do the purge, but the commission on Monday, on a 3-3 vote along party lines, decided not to go ahead with the purge – at least not yet. The tied vote means the action can’t go forward.

The Democrats on the commission said it would be “irresponsible” to purge those names “if a Court of Appeals judge issues an emergency stay, meaning the registrations would need to be reactivated,” the Milwaukee Journal-Sentinel reported.

It’s crucial that the appellate court get to hear the appeal, either by the Elections Commission or by the League of Women Voters, whom Malloy, without good reason, would not allow into the case.

Malloy ruled in favor of the rightwing Republican law firm, the Wisconsin Institute for Law & Liberty, which brought the suit on behalf of three plaintiffs. They were seizing on a 2015 law that the plaintiffs said required election officials to purge the rolls of voters who have moved and who haven’t responded within 30 days to a notice alerting them to update their voter registration with their new address.

There are several things wrong with this ruling.

First, this particular provision of the law was a blatant attempt to make it harder for people to vote, most notably certain Democratic voters. Malloy’s order seemingly corroborates this given that, according to the Milwaukee Journal Sentinel, the majority of individuals on the list were registered in college towns and Milwaukee and Madison, all of which tend to be Democratic strongholds. Students, poor people and people of color congregate in these Democratic-leaning places.

Second, the partisan nature of this assault on Wisconsin voters is obvious not just because it came from the Wisconsin Institute for Law & Liberty, but also because two of the three plaintiffs are major donors to Wisconsin Republicans.

For instance, Timothy Zignego, head of the Zignego road construction company, donated $14,200 to Republican candidates in Wisconsin since 1993.

The third plaintiff, Frederick Luehrs III, has not donated, according to the Wisconsin Democracy Campaign’s database.

Finally, the rationale for this lawsuit is based on a trumped-up fear of legions of ghost voters waiting in the wings to illegally steal an election by voting in districts they are not registered to vote in, or voting more than once. This fear has been debunked by a myriad of studies that have found almost zero evidence of voter fraud in Wisconsin and nationwide.

The effort to purge voters in Wisconsin is not an isolated one. Rather, it comes straight out of the playbook of conservative groups that are fighting on many fronts to suppress the vote, here in Wisconsin and across the country.

Making it harder for people to vote in a democracy is a disgrace.

Frankly, the Wisconsin Institute for Law & Liberty and its plaintiffs may prevail on appeal, since it’s bound to reach the Wisconsin Supreme Court, which tilts heavily in the conservative direction, to put it mildly.

But at least there would be an opportunity at the appellate level to review the arguments, and to allow the League of Women Voters a chance to enter the case.

If ultimately the Wisconsin Elections Commission is forced to go ahead with the purge, it has a moral obligation not only to notify all 234,000 voters that it is doing so but also to let them know, clearly and succinctly, what they’ll need to do to re-register.

And while I’m angry at Malloy’s decision and at the anti-democratic (small “d”) behavior of the Wisconsin Institute for Law & Liberty, I’m not despondent.

Because I know there is tremendous grassroots organizing going on right now – by the League of Women Voters, by Wisconsin Voices, by Leaders Igniting Transformation and by many others – to register and engage voters in Wisconsin.

Together, their work may prove more decisive than the hackery of the Wisconsin Institute for Law & Liberty. 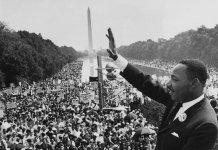 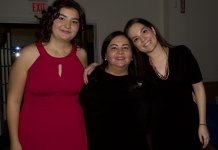