Wisconsin’s frac sand industry appears to be migrating away from the state’s rural north, and towards more favorable territories as far south as Texas. Not necessarily because the Badger State’s resources are depleted, or because the sand is of a lower quality. Rather, the coveted “northern white” sands of Wisconsin and Minnesota are more expensive to transport and process.

The way Wisconsin’s political landscape has changed over the last few years likely hasn’t helped the industry either. Former Gov. Scott Walker proved himself a friend to the mining industry, by weakening regulations and accepting generous donations from it’s top companies. Walker included assistance to the sand frac industry in his budgets, and promised that fracking would enrich rural Wisconsin’s job markets. Robert Rasmus, co-founder of the sand frac company Hi-Crush, also contributed $25,000 to Walker’s campaign between 2012 and 2017. Another $205,000 went  to the state’s Republican Party, along with over $10,000 in additional donations from three of Rasmus’ employees.

All that seemed to end once Walker was defeated by  Democratic Gov. Tony Evers, who declared 2019 Wisconsin’s “year of clean drinking water.” As the year drew to a close, Hi-Crush devalued two of it’s mines and laid off 37 workers. The company, based in Texas, has also come under investigation for dumping 10 million gallons of sludge into the Trempealeau River. Earlier in 2019, a sand frac mine owned by a different company spilled 400,000 gallons of sediment into a Jackson County creek.

“It is hard to say if this is a dying giant,” says Patrica Popple, an environmental activist who focuses on the frac industry. “A lot of money has gone into the development of frac sand facilities. I know there are auctions going on trying to sell off some of the very large equipment. Water supplies have been polluted. Many facilities are dormant with no one there to water down piles of silica that may be blowing in the wind.”

Wisconsin’s Department of Natural Resources once maintained an interactive map showing a breakdown of sand frac mine facilities statewide. However it hasn’t been updated since May 23, 2016. “When the interactive map was originally developed,” DNR Non-metallic Mining Coordinator Roberta Walls told Wisconsin Examiner, “our intent was to create a visual representation of industrial sand mines. Keeping this map up to date demands significant time and coordination, pulling staff away from core work. As such, we do not have a schedule for future map updates.”

At last count, there was a total of 128 sand frac facilities scattered around the state, with 92 of them active. Though news of the frac migration out of Wisconsin and further south may suggest that number is lower, it’s difficult to determine without precise data. Brad Johnson, a DNR Wastewater Specialist in the Runoff Program, told Wisconsin Examiner, “We have between 25 and 30 active sand mines.”

According to Johnson, the DNR once had a sand mine sector specialist, whose responsibility it was to maintain the interactive map. That role, however, has been unfilled  since around 2017. “We had a number of plants close down in 2019, bankruptcies. I have one that I directly regulate on the Clarke County-Jackson County line that the company spent more than $100 million to put up, and operated it for a few weeks and then shut it down. The company that built, I think, hopes to run it eventually but with the market, they just can’t justify it.”

Once companies found sand dunes in west Texas that they discovered was frac-friendly, “that just ripped the heart out of Wisconsin’s market. And so, right now, I can’t say no sand, but almost literally no sand is being shipped from Wisconsin to west Texas anymore.”

“There are, I think, several reasons why frac sand companies have moved from Wisconsin,” Popple told Wisconsin Examiner. “It is less expensive to be close to the hydraulic fracturing process due to the fact that the production of frac sand and mostly the transportation of it via train and truck is extremely expensive; therefore they take the cheaper route and take resources closer to the site even if the deposits are not as good.”

Oil and gas companies use frac sand to help release fossil fuels from rock. Gov. Walker might be gone but under President Donald Trump, the fossil fuel industry has found new confidence and life. “The oil and gas people continue to develop pipelines, drill for oil and gas,” explains Popple. “The infrastructure continues to unfold although they know they are a big time factor in the issues regarding climate change.” She notes that, “some states have fewer regulations regarding mining in contrast to Wisconsin.” Particularly, Popple explains, in regards to after-project clean-up and reclamation of sand frac sites.

Lax reclamation laws are “disconcerting” to the activist, because of the health and safety implications of pollution. “Wisconsin laws really have no teeth to assist local (county) authorities in making sure reclamation is done,” she says. According to the DNR’s interactive map, as of 2016, four sand frac sites were undergoing reclamation.

Rasmus described the sand frac market as “over supplied,” after laying off his Wisconsin workers. “We are acutely focused on remaining disciplined and controlling what we can control… Unlike some of our competitors, we prioritized profit over market share.” Making profitability the top priority did not protect Hi Crush from trouble, however. “Obviously there are issues with Hi Crush,” says Popple, “but I would guess there are issues related to other frac sand mining facilities in the state. I would guess that only legal battles may resolve some of the issues. Companies really want to get out of paying for reclamation and it is very, very costly.”

Abandoned or dormant facilities can also become ticking time bombs if not properly cleared. “If there are storm and water berms freezing and bursting open,” says Popple, “there may be no controls to stop them due to the fact that no one is at the scene and we could have damages to lakes, rivers, streams, fisheries, and animals living downstream as well as home well owners could find their wells polluted.” In 2014, Hi Crush was fined $52,000 by the state of Wisconsin for operating two wells at its Augusta mine without DNR approval.

Moving forward, despite global calls to reduce carbon emissions, the fossil fuel industry has enjoyed a day in the sun under President Trump. Regulating the industry, and ensuring it cleans up its own mess, may be the next front line in the sand frac debate. In her own locale of Chippewa County, one of the first Wisconsin counties to approve a frac mine, a project has entered bankruptcy. “This is a real test case that could affect many counties in the long haul. I think it will cost something like $4.5 million to reclaim,” says Popple, “so the question remains: who is responsible?” 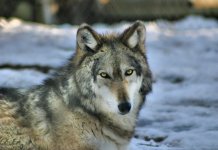 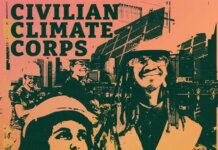 Democrats unite around ‘climate corps’ that could employ youth 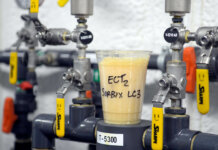 The frac sand industry’s migration out of Wisconsin

'It's hard to say if this is a dying giant,' says enviornmental activist