WASHINGTON — The U.S. House voted Friday to pass a comprehensive legislative package that would crack down on per- and polyfluoroalkyl substances, a class of chemicals known as PFAS that are said to cause serious health problems.

Used in tape, nonstick pans and other everyday substances, PFAS have been linked to cancer, decreased fertility, developmental delays and other conditions and have been found in high concentrations in sources of public drinking water and other sites around the country.

The PFAS Action Act includes a series of provisions designed to mitigate their harm. It cleared the House with support from 223 Democrats and 24 Republicans. One hundred and fifty seven Republicans voted against it, as did one Democrat and Michigan independent Rep. Justin Amash. Twenty-four lawmakers did not vote.

Included in the PFAS Action Act is a bipartisan amendment Democratic Rep. Dan Kildee of Michigan co-authored with Wisconsin Rep. Mike Gallagher (R-Green Bay) and Wisconsin Rep. Ron Kind (D-La Crosse), that would promote transparency and streamline EPA resources to help people potentially exposed to PFAS and other contaminants better understand what their water testing results mean. In the U.S. the amendment’s cosponsors point out, 43 million people get their drinking water from well water that is currently unregulated.

Gallagher joined the 24 Repoublicans who voted for the PFAS Action Act. Kind did not cast a vote.

Nearly 300 military sites across the county have PFAS contamination and as many as 110 million Americans are drinking PFAS-contaminated water, she said, citing Environmental Working Group data.

Another Michigan Democrat — Rep. Andy Levin — has called PFAS the “DDT of our era.”

Friday’s vote came after supporters of the legislation suffered a stinging setback last month, when key PFAS provisions were struck from the National Defense Authorization Act (NDAA) before it was signed into law.

“Last year, our members worked relentlessly to pass bold legislation to tackle the PFAS crisis,” Pelosi said on the House floor. “Unfortunately, at the end of the year, the Senate GOP refused to join the House to secure full, robust protections against PFAS chemicals and key provisions were cut from the NDAA.”

The “Senate GOP obstruction,” she said, “is why we are here today.”

The NDAA does take some steps to address PFAS. It includes provisions that require the U.S. military to transition off of PFAS-laden fire-fighting foam by 2024, ban the foam in exercises and training and test PFAS levels in military firefighters’ blood.

It would require the U.S. Environmental Protection Agency to list certain PFAS chemicals as hazardous substances under the EPA’s Superfund program, which would accelerate cleanup of contaminated sites. That would be a “significant first step while we allow the EPA to study the remaining compounds — which needs to start now,” Dingell said in a press release.

Despite its bipartisan support in the House, the bill faces an uphill battle.

First, it must pass the GOP-controlled Senate, where hundreds of House-passed bills are languishing on the desk of Majority Leader Mitch McConnell (R-Ky.). Senate Environment and Public Works Committee Chairman John Barrasso (R-Wyo.) told Bloomberg News that the legislation had “no prospects in the Senate.”

If it passes the Senate, then it would move to the White House, which issued a veto threat on Tuesday.

The act would “create a considerable litigation risk, set problematic and unreasonable rulemaking timelines and precedents and impose substantial unwarranted costs on federal, state and local agencies and other key stakeholders in both the public and private sectors,” the Trump administration said.

The EPA is already “taking extensive efforts” to address PFAS across the nation, it added — an assertion underscored by the EPA in a statement released on the same day as the White House veto threat.

But critics say the EPA’s “action plan” doesn’t go far enough to contain and clean up PFAS and are skeptical the agency will put public health over corporate profits.

Dingell echoed the sentiment, saying on the call that “the EPA has completely abandoned its responsibility to act.”

Lawmakers from across the country back the bill, but Michiganders — still reeling from the Flint water crisis — are playing a leading role on the issue. “We know what poisoned water does,” Dingell told reporters.

Despite challenges, Dingell said she’s optimistic about the bill’s prospects, saying in a phone interview that she takes “each day as it comes.”

She said she is working with Democratic Sen. Tom Carper of Delaware — the ranking member of the Senate Environment and Public Works Committee — and talking with Senate Republicans in the hopes of getting the bill through the Senate and signed into law.

She declined to say which Senate Republicans she is talking with, to avoid jeopardizing the bill’s chances for passage.

Kildee said increasing public awareness about the public health threat posed by PFAS will help the legislative effort. A new movie starring actor and activist Mark Ruffalo about the harmful effects of PFAS is also drawing attention to the issue. In the film, Ruffalo plays the environmental attorney who helped bring the harmful effects of a PFAS chemical to light in a case against DuPont.

The efforts are driving the public to speak up about the issue, and that — more than anything else — will persuade Republicans to take action, Kildee said. 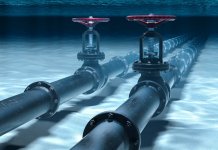