“Pie in the sky,” was one of the subheadings of the article quoting Steve Francavigia of Aurora Health Care referring to the largest price tag. Clearly the Milwaukee Public Schools (MPS) task force members were taken aback by the high end of the proposed dollar amount:  $640 million for a plan “A,” $319 for a plan “B”. On that level, the newspaper did not get it wrong.

But these two numbers were not the amount that the district would ask for in a referendum. On the level, the newspaper erred. Plan “A” and “B” numbers were the amount it would cost to give MPS children what they deserved. The money would have to come from multiple sources.

Behind the scenes, school officials knew that the higher numbers were never going to fly in a referendum. They had looked at the results other large city districts were able to achieve in securing additional public school funding via referendum. Even a poll done for the local teachers’ union, The Milwaukee Teachers Education Association, showed that the public was unlikely to support much more than a $150 tax increase on a home assessed at $100,000. Pushing the dollar amount to a $200 increase was highly problematic.

One month later, on Dec. 19, the school board passed a resolution to place a referendum on the April 7, 2020, ballot which would raise $87 million annually or the equivalent of an additional $160 on a home assessed at $100,000. This would be the first referendum for MPS to raise funding over state-imposed caps since 1993.

So why did the school district throw out such a huge dollar amount at a task force meeting, knowing there was no way they could successfully ask for $640 million in a referendum?

The administration was asked by the school board to present an analysis of what a high “standard of care” would entail and the cost of implementation. That standard of care included everything the board and administration thought that students deserve — from lower class sizes to art and music, and guidance counselors and psychologists. The task force was never created simply to determine a dollar amount for a referendum and set what that money would buy.

The board understood there was a limit to what could be asked in a referendum. Unfortunately, board members might not have communicated that very well to the public, the media and even some members of the task force itself.

The original charge from the board states “The Community Task Force shall present to the Board a solution (or a set of solutions)” and goes on to say that its solutions should “take into consideration the impact on local taxpayers.”

To understand the context, it is important to look back to June 2019 when the school board passed a resolution kicking off the whole funding debate. That resolution was authored by school board member Bob Peterson.

“When I originally made the motion to start an initiative, the resolution was, let’s figure out what our schools and kids deserve,” says Peterson. “And they should be at least as robust as the resources that are given to them in the surrounding suburbs.”

In the June resolution, Peterson outlined what he thought those resources should be:

“WHEREAS, all our students, no matter their special needs or the neighborhood they live in, deserve high quality, certified teachers in their community…”

Following that direction, the administration said to the task force, here is what we think our children deserve; here is how much it would cost; it is up to you to determine if these are the correct goals and help us determine how to get there.

Will Flanders of the conservative Wisconsin Institute for Law & Liberty quickly condemned the possible case for the MPS referendum as “absurd” citing what he thought was the highest potential amount of $640 million in a referendum, perhaps taking that number from the Milwaukee Journal Sentinel.

Flanders went on to say that the district already spends as much as many surrounding districts. He charged that MPS would actually bring in more state aid if the referendum passed, because the present aid formula actually rewards districts that are willing to tax themselves even more.

While suburban taxpayers might be up in arms that Milwaukee could actually get more state money because of an MPS referendum, Flanders might have given Milwaukee taxpayers a reason to vote for the referendum: receiving additional state aid.

How one figures the dollars depends upon what gets counted. Flanders counted every dollar MPS gets from local taxes, plus state and federal money. MPS didn’t count federal funds because those dollars cannot be spent except in very specific areas. Federal food service money can only be used to feed low-income students, for example. Federal Heart Start funds can only be used for early childhood students whom the school system is not required to service by state law.

In addition, Milwaukee taxpayers raise funds that are taken off the top of the district’s budget to support children in the voucher or Parental Choice program. In the coming year, Milwaukee Public Schools must turn over $31.8 million to the voucher program from its tax revenues. The district cannot count any of those children in the program as students for additional state aid. No other Wisconsin district is treated in this same manner.

Getting what children need

Peterson sees the comparison to other districts spending similar amounts of money for their children as unfair. “Milwaukee Public Schools has a large number of students living in poverty and with special needs,” he points out.

Schools lacking art and music are often schools that have to spend additional money to hire an extra reading teacher or a teacher for English language learners. A single child with special needs can cost a school as much as a whole classroom of children. Some inner-city schools have installed washers and dryers to clean the clothes of children who own nothing more than the clothes on their backs. Treating all children equally is not the same as treating all children equitably; some children just have greater needs.

For the most part, the task force agreed to the goal set forth in the administration’s presentation— the same goals that Peterson placed in his original resolution back in June. But the task force did not prioritize those goals knowing that the funds raised were unlikely to meet the outlined goals. It left it up to the school board to determine how much they could raise through a referendum.

When the school board held a public hearing on the task force recommendation, less than twenty individuals chose to speak. All spoke in favor of a referendum. Peterson said he was surprised that no one spoke in opposition. He expected, perhaps, that a real estate agent would complain that an increase in taxes would make homes harder to sell. Of course, the quality of schools also affects how prospective homeowners look at a neighborhood.

Peterson believes that passing a referendum is only a first step in securing the necessary funding for the schools. The public must be mobilized to demand funds from the state, and he looks back on the march for public education last spring that started in Palmyra-Eagle and ended in Madison. The underfunding of education is not just a Milwaukee problem; it is an issue statewide, especially for poorer districts.

“Not all funding should come from the property tax. It should come primarily from the state and the feds who have the capacity to use progressive forms of taxation to generate revenue.”

“That is all the reason we will have to fight for the state to do what is right. That is the responsibility of the whole community to do that,” Peterson adds. “We are not just talking about our kids; we are talking about the future of Milwaukee.” 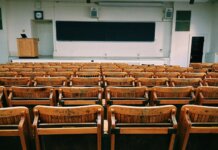 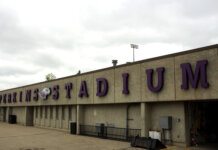 UW-Whitewater football is a powerhouse, can its players cash in on new NCAA rules?

The schools our children deserve: beyond Milwaukee’s referendum battle