It was worse than we thought it would be.

Impeached President Donald Trump’s one hour and 18-minute State of the Union rant was a new low in American politics, even in these unprecedented times.

There was the Presidential Medal of Freedom awarded on the spot by First Lady Melania Trump to talk-radio spewer Rush Limbaugh, who gave America the song “Barack the magic Negro” and used his national platform to shame Georgetown law student Sandra Fluke for speaking out in favor of insurance coverage for birth control, calling her a “slut” and a “prostitute.”

There were the reality TV show touches — tacky and exploitative surprise announcements of a scholarship to private school for the little girl stuck in a “failing government school” (i.e. public school), and the reunion of a wife and son with a father deployed to Afghanistan (right in front of the mother and son the president had just made stand up, the boy fretfully trying to comfort his weeping mother, as the president told the story of his father’s death in Iraq).

It was the Hunger Games. It was the descent of our democracy into decadence. It was a wakeup call — or should have been — to Americans of every political persuasion.

This is the runaway president Adam Schiff warned his Republican colleagues about before they voted against witnesses in the impeachment trial and closed ranks around Trump.

“Just a reminder that this president invited a foreign country to interfere in our democracy then tried to cover it up. He was impeached for it. Just a reminder,” Rep. Mark Pocan (D-Black Earth) tweeted as Trump wrapped up his speech.

Republicans have made their decision. They are sticking with their president. And they will have to live with that for the rest of history. The State of the Union began to campaign chants of  “Four More Years!” from the Republicans gathered in the same chamber where Trump was impeached. It ended with House Speaker Nancy Pelosi tearing up her copy of the president’s speech.

Trump made no mention of impeachment. He didn’t have to. From the moment he refused to shake Pelosi’s hand, and throughout the night, with his coiled, aggressive, sneering posture and his overt baiting of his political opponents, it was clear his entire aim was political warfare.

Oh, and sending a man to Mars, to fulfill the United States’ “manifest destiny in the stars.” There was that, too.

Trump spent a lot of time taking credit for the Obama administration’s economic expansion, which has continued, though not as robustly, on his watch, as Erik Gunn reports.

He bragged about the soaring stock market, which does indeed inflate his chances of reelection, if it keeps on rising through the fall. Here, as elsewhere, Trump claims more credit than he deserves. Among the past four presidents, CBS News reports, Trump ranks third for stock market performance.

But the fact-checks and policy discussions are really beside the point.

Trump, looking like Mussolini, made not the slightest effort to portray himself as a unifying figure. He appealed to bigotry, tribalism and raw aggression. His willingness to exploit people’s pain for entertainment and ratings, his contempt for democracy and his horrifying, pathological narcissism, were on full display.

As Roger Ailes used to say, back before he launched Fox News and helped create Donald Trump: “You are the message.” Forget facts and figures, Ailes advised politicians. It’s all about projecting confidence.

Trump embodies the very worst in our culture and our politics. Trump himself is the message. It’s up to us to embrace or reject it. 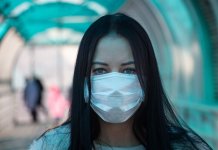 Trump’s failed leadership on coronavirus pushes nation to the brink

Lame-duck law stands in the way of money needed to combat...