UPDATE: The bill passed the House largely along party lines by a vote of 224-194 with all Wisconsin representatives joining with the majority of their party. More on the Thursday night vote can be found here.

WASHINGTON — Buried under news about the Iowa caucuses, the president’s State of the Union address and the end of the impeachment trial is an upcoming vote on what could be the most significant labor reform legislation in a generation.

The U.S. House bill would strengthen protections for workers who organize for higher wages, better benefits and safer working conditions. Importantly, it would bolster embattled unions in Wisconsin, where former GOP Gov. Scott Walker and his allies spent eight years weakening the power of organized labor.

The bill in Congress has the support of Wisconsin’s three House Democrats — Reps. Mark Pocan of Madison, Gwen Moore of Milwaukee and Ron Kind, a moderate from the rural western part of the state.

“It’s the most significant piece of worker-friendly legislation that we’ve probably seen before Congress in a couple of decades,” Pocan told the Wisconsin Examiner in an interview.

The bill would help reverse the effects of Walker’s anti-union efforts, Moore said. “It would encourage the reconstruction of unions, the revitalization of unions and the formation of new union activity.”

The measure, known as the Protecting the Right to Organize Act, has 218 House cosponsors and is expected to pass this week.

Sen. Tammy Baldwin (D-Wis.) has signed on to a companion measure in the U.S. Senate. Wisconsin Republican Sen. Ron Johnson isn’t co-sponsoring the bill, nor are any other Senate Republicans.

The House bill isn’t likely to become law anytime soon, given the GOP control of the U.S. Senate and White House. But that doesn’t deter its backers, who want to send a signal about what Democrats would do if they had more power in Washington.

“It shows what you could have in place” in a different political climate, Pocan said.

Richard Trumka, president of the AFL-CIO, a coalition of unions, called for passage of the bill in a press conference Wednesday.

“Now is the time, in fact, it’s way past time, to protect the right to organize for workers in the 21st century,” he said. The House bill “is how we do it.”

Business groups are opposed to the bill, which they say would destabilize workplaces, gut the gig economy and nullify “right-to-work” laws across the country.

“The proposal … is a litany of almost every failed idea from the past 30 years of labor policy,” the U.S. Chamber of Commerce stated when the bill was introduced last year. It “would undermine worker rights, ensnare employers in unrelated labor disputes, disrupt the economy and force individual Americans to pay union dues regardless of their wishes.”

Three House GOP lawmakers have signed on to the bill, but Wisconsin’s five U.S. House Republicans aren’t among them.

Some House Republicans have slammed the effort as a “union boss wish list.”

It “merely doubles down on an antiquated worldview of the American economy and a coercive model of unionization that has failed to attract the support of American workers in the 21st century,” Rep. Glenn Grothman (R-Wis.), a member of the House Committee on Education and Labor, said last year in a statement with his GOP colleagues.

Nationwide, about 10 percent of the nation’s workers are members of unions, according to the latest data from the U.S. Bureau of Labor Statistics. Public sector workers are much more likely to join unions than private sector workers, and membership rates are higher among black people, men and full-time workers.

The percentage of unionized workers is lower in Wisconsin, which has seen a sharp decline in union membership in recent decades, dropping from more than 20 percent in 1989 to about 8 percent of the state’s 2.7 million workers last year.

The decline comes as heavily unionized sectors, such as manufacturing, transportation and public utilities, make up a smaller portion of the economy than they did in the past.

“Scott Walker’s demolition of labor rights in Wisconsin has been a cornerstone of destroying labor rights all around the country,” she said. “As a native of Wisconsin, I’m really excited about voting for this bill.”

Act 10 — passed in 2011 and upheld by the state Supreme Court in 2014 — slashed public employees’ collective bargaining rights. And in 2015, Wisconsin became a “right to work” state when it passed a law barring workers from being required to join unions to get or keep a job.

From 2011 to 2018, union coverage in Wisconsin dropped by more than 50 percent — a rate of decline twice the national average and three times that of Minnesota, according to COWS, an economic policy center formerly called the Center on Wisconsin Strategy (COWS).

At the federal level, the U.S. Supreme Court in 2018 ruled that unions representing government workers could not force nonmembers to pay union fees, even though they might be affected by union negotiations. The decision closed off a key source of union revenue.

Once a hotbed of the labor reform movement, the Badger State now ranks in the bottom half of states when it comes to union membership.

But labor rights backers say union membership would surge in Wisconsin and around the country if the House bill were to become law.

Enacted in 1935, the National Labor Relations Act protects workers’ rights to unionize and collectively bargain but does not carry stiff enough penalties for employers who violate their rights through termination, threats or other forms of retaliation, according to Celine McNicholas, director of government affairs and labor counsel at the Economic Policy Institute (EPI), a Washington-based think tank.

Employers may receive orders to “cease-and-desist” illegal activities or be required to notify workers of their rights under the law, and those who fire workers for union support may be liable for back pay. But those remedies aren’t strong enough to deter illegal activity, McNicholas said.

As it stands now, workers essentially have union rights “in name only” and, as a result, violations are common — and effective at suppressing unionization, she added.

“It really gives the National Labor Relations Board the teeth that they need,” Moore said.

On average, workers covered by union contracts earn 13 percent more than those with similar backgrounds in non-unionized workplaces, and they are more likely to have employer-sponsored health insurance, paid vacation, sick leave, retirement plans and safer workplaces.

At the same time, the bill would also roll back some of Trump’s regulatory changes that “have really tilted the advantage to employers who cheat their workers,” said Pocan.

Since 20176, the Trump administration has effectively killed a series of worker-friendly rules put in place under the Obama administration. The result  that deprived millions of people of overtime pay, gutted protections for tipped servers, rolled back protections for worker pay and safety, sided with corporations in a case involving forced arbitration agreements and more, according to EPI.

Ultimately, backers say, the legislation would narrow the growing wealth and income divide.

“We are experiencing the greatest income inequality in our country since the Great Depression, and I think that the devolution of unions … is at the center of this huge wage gap between investors and stockholders and workers,” Moore said. “This is something that will buoy our economy as well.” 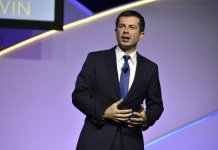 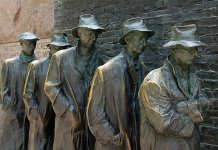 Buttigieg to inherit a crumbling network of roads, subways and rails at DOT