Well, that was fun.

What better way to top off a week that included President Donald Trump’s defiant State of the Union, Rush Limbaugh’s Presidential Medal of Freedom, the Senate vote to exonerate Trump and his subsequent victory lap (including retribution against those to dared to tell the truth about him), and the catastrophically messed-up vote count in Iowa than two-and-a-half hours of Democrats shouting their rehearsed campaign lines at each other?

Friday’s New Hampshire debate, just days before that state’s primary, did little to resolve the Democrats’ endless discussions about persuading versus motivating voters, because it did neither.

Pete Buttigieg, cruising off his uncertified win-or-near-win in Iowa, had a very good night, mostly because he appeared so much more relaxed than the other candidates. While they hectored and yelled and tried to cram in more words per minute, he seemed loose and relaxed, getting in some deft shots at the older guys on the stage with oblique remarks about needing someone who can deal with “new challenges” and people not wanting a politics that “beats people over the head.” (That prompted Sanders’s humorless response, delivered at high volume: “The way you bring people together is with a policy agenda that works for working people!”)

Buttigieg’s whole pitch is that he is a younger, cooler, more telegenic candidate, and Sanders and Biden walked right into that trap, playing Nixon to his JFK. In one particularly unwatchable part of the debate, Biden stared off into space as Sanders lectured him about his plan to cover dental care, glasses, and hearing aids.

Buttigieg took a softer, and more devastating, approach to Biden than he did to Sanders, slipping in oblique references to his age, and telling him, “This moment is different,”—killing him with kindness as he put the old man to bed.

In a moment of double-edged graciousness, Buttigieg defended Biden against Trump’s attacks on his son for his sweetheart gig on the board of a Ukrainian energy company, as Biden appeared to mist up.

Buttigieg had other good moments. He was particularly articulate on Iran and the damage done by the assassination of Qasem Soleimani. U.S. intelligence officials put their lives on the line to gather information for the President, he said, and “I don’t think he even reads it.”

Trump’s foreign policy is a “big wall and a moat full of alligators,” he said, calling it a “seventeenth-century approach”—and then another segue implying Biden was not up to “new challenges.”

Amy Klobuchar, who also had a particularly good evening, attacked Buttigieg, quoting him saying he found the impeachment proceedings against Trump exhausting, and would rather watch cartoons. (Cameras cut to the baby-faced Buttigieg who is, in fact, easy to imagine sitting in his jammies in front of Roadrunner.)

“We have a newcomer in the White House, and look where it got us,” Klobuchar quipped.

Both Klobuchar and Elizabeth Warren criticized billionaires and, as Warren put it, people who “suck up to billionaires” and rely on super PACS to fund their campaigns, all the while decrying the Supreme Court’s Citizens United ruling and the corrupting influence of money in politics.

None of those hits landed on Buttigieg particularly hard—until the issue of race came up. His defense of the increase in arrests of black, nonviolent drug offenders in South Bend rang hollow. When pressed, he just couldn’t explain it.

This led into an extended, awkward section of the debate in which the all-white candidates (apart from Andrew Yang, who is Asian American), carried on emphatically about the importance of combating racism.

“I disagree!” Steyer declared, interrupting a visibly irritated Yang, who was talking about building wealth for people of color, and his favorite hobby horse—a guaranteed income to combat the ravages of automation. “I’m the only person on this stage who will say I am for reparations,” Steyer said. Then he pivoted to bash Biden for a racist remark allegedly made by a Biden staffer. “Joe, I’m asking you to come with me and the Legislative Black Caucus and disavow Dick Harpootlian and what he had to say. It was wrong, and I’m asking you to join us. Be on the right side.”

“I’m asking you to join me and join in the support I have from the overwhelming number of the members of that Black Caucus,” Biden retorted (illogically). “I have more support in South Carolina, the Black Caucus, and the black community than anybody else. Double what you have and anybody else.”

“We have a lot of members of the Black Caucus supporting us!” put in Sanders, not to be outdone.

To be fair, Sanders followed that up with a lot of worthy policy proposals, including ending the war on drugs and investing in “education, not incarceration,” and doing away with cash bail, which keeps poor people behind bars even when they have not been convicted of a crime.

That triggered Steyer, who said he was the one who did away with cash bail in the state of California, and he and his wife started a bank for women and African American business owners. Top that!

It was cringeworthy to watch the old white men striving to outdo each other on racial sensitivity as the South Carolina primary approaches, on a Democratic primary stage that once held quite a few actual candidates of color.

Still, there were some moments of clarity.

Steyer was the only candidate to bring up climate change—one hour into the debate, as a way of bashing the other candidates, especially Biden, for taking an old-fashioned military-focused view of national security.

There was a lengthy debate on the relative merits of the bold Medicare for All program favored by Sanders and Warren versus an incremental approach, which Klobuchar defended by pointing out that  “the Affordable Care Act is ten points more popular than the President of the United States. Why would we blow it up?”

Biden, looking pale and unsure after his drubbing in Iowa, actually predicted he would do poorly in New Hampshire—a sign that he is putting all his eggs in the Super Tuesday basket. But the man is just not quite there. At one point, he said he was “the first major leader to call for same-sex marriage.” Later, he said something about a letter that Sanders might not have written but that had some bad wording—it simply didn’t make sense.

For all the talk about who can beat Trump, Yang pointed out that Trump “is not the cause of all our problems.”

Trump is the symptom of a disease we need to cure, he added.

Still, even the prospect of symptomatic relief would be welcome at this point.

This commentary was published by both The Progressive and the Examiner. 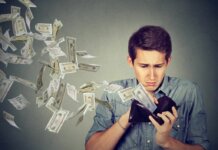 Buttigieg and Klobuchar come out ahead in New Hampshire debate