This week, the Legislature is considering an ill-conceived and wrong-headed package of bills that the authors are peddling as “tougher on crime.”

But what the bills would do is only increase the costly problem of mass incarceration in Wisconsin, a problem that disproportionately falls on the shoulders of black and brown families.

Here’s one example: One of the bills in the package would require the Department of Corrections to begin a revocation proceeding against a former inmate if that person is “charged with a new crime.” But whatever happened to the presumption of innocence?

These formerly incarcerated people have already served their time and are on probation, parole, or extended supervision. The revocation proceeding could send them back to prison just because they’ve been charged with a new crime, not convicted of one. No one else in the United States gets sent to prison for merely being charged with a crime, so why treat former inmates that way?

Another bill would expand the list of offenses that deny a prisoner even a chance at early release or early parole. This goes against the whole idea of giving a person a second chance and rewarding someone for good behavior.

It’s also inhumane. Currently, if an inmate is very old or very ill, he can petition for a reduced term of confinement. But this bill would not allow prisoners who are convicted of certain crimes to do this, no matter how old or sick they are.

And it’s costly, ineffective, and discriminatory.

As it is, we put too many people in prison for too long. It costs $37,000 to house one adult male in prison. If this package passes, the additional costs would be huge.

Just the one bill alone that would re-imprison people who are charged with a crime would cost Wisconsin taxpayers $54 million the first year and $156 million every year after that, according to the Department of Corrections.

And if you look at our prison population in Wisconsin, it is disproportionately made up of African Americans: 43 percent of all adult males behind bars in Wisconsin are black. That’s largely because of discriminatory arrests, convictions, and sentencings.

Given this track record, you can bet that black Wisconsinites would take the brunt of the “tougher on crime” bills.

We need to move beyond the “tough on crime” and “tougher on crime” mentality.

It hasn’t gotten us anywhere but broke. 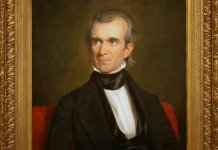 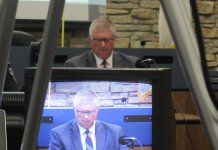