The EPA’s proposed changes to the Lead and Copper Rule (LCR) would give water utilities up to 33 years to replace lead lines that are problematic. Kaul joined with nine other attorneys general, including AGs from Illinois, Minnesota and Pennsylvania in filing an objection to proposed amendments to the rule.

The original 1991 rule is facing its first major revision. Some proposed changes would strengthen the rule — such as requiring lead service line inventories and making them available to the public — while other changes would significantly weaken requirements.

The latter could spell bad news for anyone in the public that wants their drinking water protected from lead and is the focus of the AG’s submitted comments.

“We must ensure that lead doesn’t endanger the safety of our drinking water,” said Kaul. “Lead is a highly toxic heavy metal that can adversely affect almost every organ and bodily system. It is particularly dangerous for children since their developing brains and nervous systems are more sensitive to its damaging effects.”

Lead exposure, he notes, can cause such health problems as premature birth, learning disabilities, delayed physical development for children, and cardiovascular and kidney problems for adults.

Quoting the EPA to the EPA, Kaul’s comments include a link to its website page with the subtitle: EPA and the Centers for Disease Control and Prevention (CDC) agree that there is no known safe level of lead in a child’s blood. Lead is harmful to health, especially for children.”

The group of attorneys general write that the existing rule requires water utilities to collect samples from a “small number” of drinking water outlets that are “associated with lead service lines or plumbing materials. They assert that some of the elements they deem harmful in the plan may violate the Safe Drinking Water Act (SDWA).

“The undersigned Attorneys General recognize that reducing the impacts associated with lead in drinking water will not include a quick, one-size-fits-all solution, but a comprehensive program that takes into account the varied resources of water systems, while still protecting America’s drinking water supply and complying with the SDWA’s mandates,” they wrote.

They added that the EPA’s new proposal could fail to meet the SDWA law that mandates it must “prevent known or anticipated adverse effects on the health of persons to the extent feasible.”

“The rule’s proposed reduction in the lead service line replacement rate — from seven percent to three percent — may also violate the SDWA anti-backsliding provision that prohibits the EPA from weakening existing drinking water standards. Decreasing the current replacement rate would give water districts up to 33 years to replace lead service lines that test above actionable levels.”

The Wisconsin Department of Natural Resources also submitted comments by Wednesday’s deadline. “I read that 55,000 entities submitted comments on the rule,” said Steve Elmore, program director of the DNR Bureau of Drinking Water and Groundwater. “I hope the EPA will take all the comments that have been provided into account and make some changes.”

He said that the current rule is already very complex and said the changes are a mixed bag of improvements, elements that will be difficult to implement and others that could harm public health. He also pointed out that some provisions would be unfunded mandates.

“To run a program like this,” said Elmore, “we need resources.” 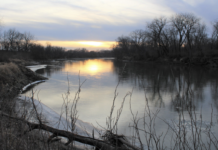 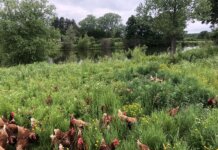