Home Health Care Home is where the heart is — and lungs, and mind, too
Facebook
Twitter
Email
Print

To improve the health of families in poverty, improve their homes and help them stay there.

That’s the thinking behind a new report released today by the Community Advocates Public Policy Institute in Milwaukee that makes 32 policy recommendations to make housing more affordable, improve the quality of rental housing and increase housing stability for people who rent.

All of those factors in housing — affordability, quality and stability for tenants — have a direct impact on people’s short- and long-term health, according to Mike Bare, research and program coordinator for the institute.

“We spend two-thirds of our lives in our homes, and when someone buys or rents we expect that place will be a healthy place of respite,” Bare says. But for large numbers of poor people and poor families, that’s not the case.

Research for the project was conducted in partnership with Human Impact Partners of Oakland, California, and entailed focus groups and literature reviews.

Poor-quality housing, the report states, can make respiratory illness worse; cause lead poisoning, especially in children; and, in the worst situations, can cause injury or death. Housing that costs more than people can afford can force them to make choices that compromise their health — between paying the rent or buying groceries, for instance. Housing instability — when circumstances force people out of their homes and in search of a new place to live — can increase stress and the emotional toll it produces.

In short, helping people get the housing they need doesn’t just give them a place to live, but can set them on a path to healthier living.

Many of the root causes for poor housing run deep.

“I think the starting point is a shared understanding of what housing means to health, and we’ve made choices over our history of policymaking that have had negative impacts,” Bare says.

For example, he points to racial covenants that kept African Americans out of certain neighborhoods, in Milwaukee and in communities throughout Wisconsin and throughout the country. “Discrimination created the segregtation that continues today. So we should look back on that history and realize we have done things that have had a negative impact, and we should make other and better choices.”

The policy recommendations cover all three facets of the housing-health problem.

On affordability, they include proposals to boost incomes by increasing the minimum wage to $15, expanding the federal Earned Income Tax Credit and providing transitional jobs for people unable to find work elsewhere, along with a number of other strategies.

On housing quality, the recommendations focus on ensuring that rental properties are safe — something that in many places isn’t guaranteed. For example, the report calls for a system of proactive code enforcement, in which rental properties must be inspected and licensed as safe before landlords can rent them out, or certified as lead free to guard against lead poisoning.

“There’s an easy case to be made that if an individual wants to rent a unit that unit should be inspected and up to code,” Bare says. “We wouldn’t go to a car dealer and buy a car that hasn’t gone through a safety inspection. We should expect the same thing of housing where we spend two-thirds of our time.”

On housing stability, the report focuses extensively on eviction — a chief cause for housing instability. It recommends a series of measures to enhance due process for tenants. Aside from eviction, because illness can be a factor in leading people to lose their homes, it also looks at proposals such as allowing Medicaid dollars to help pay for rent and expanding Badgercare eligibility.

The report was funded by the University of Wisconsin School of Medicine and Public Health and the Joseph and Vera Zilber Charitable Foundation. Dr. Geoffrey Swain, a retired public health physician and UW faculty member served as an advisor to the research project.

Housing instability, he adds, leads to poor health because of the way chronic stress can cause bodily harm.

“When people are under chronic stress, their levels of cortisol and adrenaline, two stress hormones in the body, go high and they stay high,” he says. Adrenaline can drive up blood pressure, while cortisol affects how the body metabolizes glucose. “So it makes people more prone to diabetes and obesity.”

For Swain, a surprise in the report’s findings was that, while housing may be unaffordable in some communities because rents are high, in Milwaukee the main cause of unaffordability was incomes being too low.

Swain said the report was evidence-based and sought to promote nonpartisan solutions.

“For example, a transitional jobs program has support from the private sector and the corporate community,” he said. “The Earned Income Tax Credit is something that was originally championed by President [Ronald] Reagan as a conservative approach to rewarding work.”

Tax credits to promote low-income housing development are another proposal in the report that Swain believes can win support across party lines. “And eliminating lead hazards — there’s no reason why that should be a partisan issue.”

People, says Bare, are inclined to think of good health largely in terms of personal behavior, and therefore personal responsibility. The report offers evidence that would reframe that view.

“At best half of our health outcomes are determined by forces out of our control — likely more than half,” Bare says. Housing quality, stability and affordability are key examples of those out-of-our-control forces.

“We’re asking people and policymakers to reconsider and think of housing as a common good and something that we’re all interconnected with.” 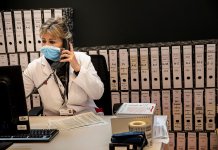 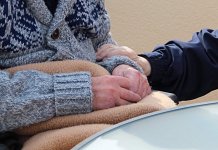 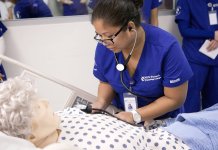 Home is where the heart is — and lungs, and mind, too