Home Work & the Economy America’s Dairyland a step behind Minnesota in attempting to rescue the state’s...
Facebook
Twitter
Email
Print

Wisconsin had the highest number of farm bankruptcies in the country last year and lost over 40% of its dairy farms in the last decade, according to numbers from the Wisconsin Department of Agriculture, Trade and Consumer Protection (DATCP).

Yet overleveraged farmers in the state were only able to see relief when they looked across the border, where the Minnesota Department of Agriculture is paying to keep its suffering dairies alive.

Multiple facets of the farm crisis were addressed in the overall state budget passed last year by the Minnesota State Legislature. Highlights were increased funding for rural mental health and an investment in rural broadband infrastructure.

The bill also funded the Dairy Assistance, Investment and Relief Initiative (DAIRI), which provides financial assistance to small and mid-sized dairies participating in the federal Dairy Margin Coverage program. Minnesota lost over 800 dairy farms in the past three years and over 300 last year.

Less than a year after its creation, Thom Petersen, MDA commissioner, said the department has already cut two rounds of checks through the program.

“Some of that money will help farmers pay a bill or two, and it’s going to help them catch up,” said Petersen. “Hopefully we can start to stem the tide on dairy.”

Ashley Bress, grants supervisor for DAIRI, provided a follow-up on the program to the House Agriculture and Food Finance and Policy Division on Feb. 13.

“We determined that if all eligible producers in the state enrolled in the program, the department would be able to confidently issue checks to them immediately,” said Bress.

She said the program came together pretty quickly at the end of the legislative session this summer, with $5 million included in the ag budget and another $3 million in the jobs bill.

According to Bress, anyone eligible who submitted a complete application got a payment by November. Farmers who applied right away had their first checks by July.

“For many of these producers, this was the first time they had a transaction like this with the state,” said Bress.

Roughly 1,800 producers participated in the DAIRI program and a total of $7.9 million was dispersed to farmers, according to the department. The average check was for $1,885.

The slogan “America’s Dairyland” has been on license plates in Wisconsin for more than 75 years, but prospects for small and medium-sized dairies in the state continue to darken.

According to data recently released by U.S. Courts, the state lost more than 10% of its dairy operations last year, in a fifth consecutive year of low milk prices.

It’s more than just dairy farms, said Randy Romanski, interim secretary for DATCP. He said between low prices, unprecedented weather and trade disputes, most farmers in the state have had a rough few years.

He said to the best of its ability, the agency is “helping to open markets as opposed to closing them down”.

The department has a division that works with farm organizations and businesses to market their products around the world, which Romanski said helps all farms and not just dairies.

But unlike the department in Minnesota, DATCP has chosen not to subsidize dairy farms that are most in jeopardy.

Romanski said that Wisconsin doesn’t have programming in place that compares to DAIRI, but that the state is  “working on more and more programs every day.”

He referred to the Dairy Task Force 2.0, which was created under former Republican Gov. Scott Walker’s administration. The task force released a report last June that made dozens of recommendations for things that could be done to strengthen the dairy industry in Wisconsin.

Romanski said DATCP has followed through with some of those items, like working with the Department of Workforce Development to help provide resources to farmers that might be displaced. Another longer-term example he gave is investing in the Dairy Innovation Hub, which was included in Gov. Tony Ever’s budget last year.

More recently, Evers called for a special session on agriculture to take up bills he forwarded to offer relief to the state’s struggling farm sector. Most of Evers’ bills proposed additional resources and personnel for DATCP and focused on assisting farmers in various market-growing strategies. Republicans in the legislature discarded most of the governor’s bills in favor of their own package, consisting of two tax-cutting measures and three directed at the University of Wisconsin and UW System. The GOP took up two of Evers’ special-session bills, one only after a major rewrite.

The pending package of Wisconsin legislation has passed the Assembly with bipartisan support and would also need to pass the Senate in order to advance to the governor’s desk.

In all, the state’s response to the dairy crisis, especially compared to Minnesota, is lacking.

When Evers named Brad Pfaff as Secretary of DATCP in late 2018, the decision was praised by both Wisconsin Farm Bureau and Wisconsin Farmers Union presidents.

But amid the continued clash between a Republican-controlled Legislature and the Democratic administration, a statement released by Pfaff last July sparked friction between himself and Republican lawmakers and eventually led to his ousting.

Pfaff accused the Legislature’s GOP-controlled budget committee of abandoning the state’s farmers after the release of funding was delayed to help farmers battling mental health issues. In a press release, Pfaff said the department had just five more counseling vouchers left to give farmers seeking care.

“If the Joint Finance Committee doesn’t want to move this funding forward immediately, then they have a choice to make: which five farmers will it be?”

Republicans accused Pfaff of politicizing the issue, and in November the state Senate voted 19-14 to fire Pfaff, with all Republicans voting against his confirmation and all Democrats voting in favor.

Petersen knows Pfaff well, and the two had planned to do an exchange of meetings in Pine City, Minn. and in Grantsburg, Wisc. before Pfaff’s removal. He said he was shocked by the firing, and it led him to moon over his own fate.

“We serve until we are not confirmed,” said Petersen, who has yet to be confirmed after being appointed commissioner in January 2019.

The lead role in the department would go to Deputy Commissioner Andrea Vaubel if Petersen were somehow removed. To be promoted from acting commissioner to commissioner, he said she’d have to face the same process.

“It could just continue, this spiral,” said Petersen. “I think it does add some uncertainty.”

“When the governor asked me to take on the interim role, I referenced that I would do my best to keep on with the good work the agency has been doing,” said Romanski.

In a statement following his death, Gov. Jim Doyle said that under Nilsestuen’s leadership, Wisconsin saw the “greatest and most beneficial transformation of agriculture in generations”.

“Having been part of that transition was difficult because of losing Rod,” said Romanski, who served as interim secretary until he was appointed to secretary by Doyle.

Romanski said the experience taught him how dedicated the DATCP staff was and he became well-versed on the agency’s programs.

“That was helpful to me when I came back to the agency when Secretary Pfaff asked me to join him here,” said Romanski.

The interim secretary said that Pfaff’s removal, and the fact that it appears to have stemmed from his  public challenge of the Legislature, hasn’t changed the way the agency communicates publicly.

“I think we’ve stayed consistent with our message, which is DATCP sees itself as a resource to farmers and citizens of Wisconsin,” said Romanski.

With the vacancy left looming in Wisconsin, Petersen said he’s heard from some groups in the state that have voiced worries about DATCP’s  capacity to meet the critical needs of farmers.

“Especially with agriculture in general, and it being such a tough time and past year,” said Petersen. “Then to have that happen to your director.” 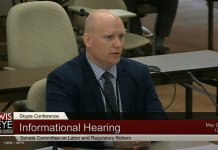 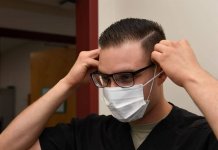