A new study conducted by Citizen Action of Wisconsin and the nonprofit healthcare research organization Altarum Healthcare Value Hub shows that a majority of Wisconsinites across party lines are concerned about the high cost of healthcare and support government-led solutions.

The survey of more than 1,000 Wisconsin adults, conducted from Oct. 29, 2019 to Nov. 6 2019, found that four out of five people are worried that they won’t be able to afford healthcare in the future. More than half (53%) of those surveyed experienced healthcare affordability burdens in the past year.

“The main problem with our healthcare system is price,” says Robert Kraig, executive director of Citizen Action of Wisconsin. “On a global scale, we pay far more than any other country for healthcare.”

Almost half of survey respondents said they had delayed or skipped needed healthcare, by canceling appointments or not filling needed prescriptions, due to cost.

“It shows something systematically unsustainable,” Kraig adds. “The system is rigged for profit, and it is not actually geared for providing healthcare.”

The survey, Kraig says, makes clear why healthcare is such a big issue for voters.

“It does get to the question of what kind of a solution would be required,” he says. “In my opinion, you need to take a lot of power away from for-profit actors if you’re going to provide better healthcare.”

“What is remarkable about the findings is high support for change regardless of respondents’ political affiliation,” the survey’s authors point out (31% of survey respondents described themselves as Republicans, 34% as Democrats and 35% as neither).

Only 40% of Republicans and 15% of Democrats agreed with the statement that “We have a great healthcare system in the U.S.”

Big majorities of respondents from both political parties agreed with the statement that “The U.S. healthcare system needs to change,” including 64% of Republicans and 82% of Democrats.

And 71% of Republicans and 87% of Democrats cited overcharging by drug companies as the major reason for rising healthcare costs.

“Wisconsin residents see government as the key stakeholder that needs to act to address health system problems,” the survey’s authors concluded. “Moreover healthcare problems trump other issues that Wisconsinites want their elected representatives to work on.”

Among the top issues respondents said the government should address in the coming year, 73% said healthcare, followed by the economy at 43% and taxes at 36%.

In an interview with Capital City Sunday on WKOW Wisconsin Democratic Party Chair Ben Wikler said that public concern about healthcare is a big reason Democrats won every statewide race in Wisconsin in the last election.

“Healthcare was, without question, the No. 1 issue in 2018,” Wikler told host Emilee Fannon, adding that people who said healthcare was their top issue voted overwhelming for Democrats, propelling Sen. Tammy Baldwin and Gov. Tony Evers to victory,

The COVID-19 outbreak only adds to public anxiety about health, Wikler said, and concerns that the Trump administration is not doing a good job on public health.

Kraig says the lesson of the Healthcare Value Hub survey on affordability concerns among Wisconsinites reflects the public’s desire for major change.

“This really gets down to whether you need fundamental structural reform or not.” The recent survey, he says, “shows you do.”

Among healthcare reform plans, Kraig sees the potential for structural reform in more than one approach. “There’s a bigger difference among public-option plans than there is between a very strong public option and Medicare for All,” he says.

Medicare for America, the public option plan proposed by Rep. Rosa DeLauro (D-CT) (and supported by Beto O’Rourke during his short-lived presidential campaign) would allow employers to provide high-quality private insurance plans or direct their contributions toward their employees’ costs in a public plan that improves on Medicare and Medicaid, covering prescription drugs, dental, vision, and longterm care. Premiums would be capped at 8% of individual or household income.

Kraig calls it “an effort to get to Medicare for All without banning private health insurance.”

Medicare for America, on the other hand, “would cause the slow death of private, employer-provided insurance,” Kraig says. That’s something the insurance industry is bound to notice,

Even with 74% of Wisconsinites surveyed agreeing or strongly agreeing that “the system needs to change,” making big changes is politically difficult.

“The healthcare industry is very powerful, as you know,” says Kraig. 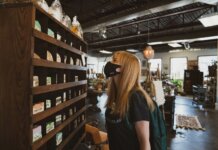 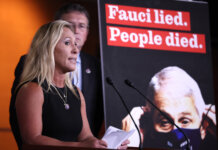 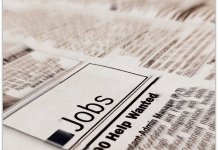 Worries about rising costs, and support for government action, cuts across party lines