Life continues to change rapidly as officials across the world, the country and the state race against the spread of COVID-19. Just over the weekend, the number of positive cases in Wisconsin rose from eight to 47. On Monday Gov. Tony Evers placed new restrictions on public activity, declaring a ban on gatherings of 50 or more people that took effect at midnight March 16. Even before that, pedestrian traffic in cities across the state was starting to thin out.

The mandates aren’t quite as restrictive as in some other states, however. Evers said during a press briefing that local businesses, like restaurants and cafes, may remain open so long as they follow the 50-person rule. “Everyone is taking it in the chin,” he said, when it comes to the precautions needed to contain the virus.

“Critical infrastructure services such as grocery stores and food pantries and childcare centers, pharmacies and hospitals will be exempt from this order. This isn’t a decision that I made lightly, and we understand it will have an impact on Wisconsin workers, families, businesses, and communities, but keeping folks safe and healthy has to be our highest priority,” said Evers.

The order closes theaters, arenas, conference rooms and other large venues. A big question is how the ban will be enforced. Evers stated that the proprietors of establishments which violate the 50-person ban will face fines or imprisonment. “Local officials,” he said, would enforce the penalties.

Department of Health Services (DHS) Secretary-Designee Andrea Palm noted that there have been 504 negative test results in the state, even as the number of positive tests grows. “This growth is not unexpected as more people are tested,” said Palm, “but through the combined efforts of your federal, state, and local governments we can, and must, slow the spread of COVID-19.”

Setting the 50-person ban was a recommendation made by health officials to mitigate the spread. Palm said daycare facilities are encouraged to stay open at this time. “In the coming days and weeks,” warned Palm, “there are going to be more disruptions in your lives. We are going to continue to ask you to do more social distancing. I know this is difficult, but this is how we are going to prevent more people from becoming exposed and infected with COVID-19.”

Contact tracing is underway for the new cases, which state health officials say the virus is likely spreading in the community. “It’s now well understood that people can be infected with the virus that causes COVID-19 and show mild, or even no symptoms. In fact, the majority of the people infected with the virus can be expected to have symptoms that are not severe,” explained Dr. Ryan Westergaard, chief medical officer of the DHS Bureau of Communicable Diseases.

Though Westergaard said state hospitals and medical staff are “remarkably well prepared to treat COVID-19,” issues arise with the finite number of Intensive Care Unit (ICU) beds and ventilators available statewide. “In a pandemic situation,” said Westergaard, “the real risk is that the number of critically ill patients will grow too large too quickly, and we may not have enough resources to save everyone who needs critical care.”

That’s why the state medical agency is recommending a major slowdown in social gatherings. “The reason is specifically to support these frontline healthcare workers,” said Westergaard. According to the chief medical officer, Wisconsin’s capacity to conduct COVID-19 testing has increased to seven days a week, at about 400 tests per day. If you add tests being done outside of state-run labs, Westergaard estimates that number to range between 400 and 600 tests daily. Due to the limited number of available tests, testing is limited to people who have active symptoms. People with common cold-like symptoms are recommended to self-isolate, but aren’t encouraged to seek a test. Currently, the turn-around rate for tests is about two days.

While the majority of cases are mild, Westergaard said “some” Wisconsinites are  critically ill. Exactly how many people are in this more severe condition, how old they are, and where they’re located was not immediately disclosed. The DHS website tracking the outbreak lists each ounty with known cases including Dane with 10 cases, Fond du Lac with 11, Milwaukee with 13, and Sheboygan, Waukesha, and Winnebago each with three positive cases. Outagamie, Pierce, Racine, and Wood County all have one positive case.

Gov. Evers applauded members of the National Guard, who he said are deployed throughout the state. The Guard transported nearly 30 Wisconsin residents who had recently returned from a quarantined cruise ship. “We really appreciate the help of the airmen and women, and the soldiers who took these people home are now putting themselves in quarantine for 14 days to make sure that they are fine,” he told Wisconsin Examiner.

Dr. Westergaard also took a question from the Examiner regarding the possibility that different strains of the virus which causes COVID-19 are in circulation. The International Business Times reported that two strains of the virus were detected, one of which was more aggressive. However, IBT states that the research into the strain was preliminary, and Westergaard told Wisconsin Examiner, “At this time there is known to be only one strain of the virus that causes COVID-19. And the test that’s in use specifically tests for that one known virus.” Westergaard added that research is being done to monitor or detect other novel forms of the virus, “but right now there is no indication of other viruses that are circulating.”

Gov. Evers noted that while grocery stores and food pantries will remain open, state officials  recommend that people keep a two-week supply of food in their homes. Nevertheless, he assured citizens  that there is not a food shortage in the state.

Things are changing quickly, especially for more populous cities like Milwaukee. The Milwaukee Medical Examiner’s Office tweeted that it is responsible for signing death certificates for suspected cases of COVID-19 related deaths. However, “in the majority of cases,” the message reads, “no autopsy will be performed.” Death investigators will be prepared to respond to suspected deaths and obtain swabs.

The Milwaukee Police Department (MPD) also disclosed that an employee has tested positive for COVID-19. The employee’s role does not put the person  in contact with the public, and officials say the threat to the public is minimal. However, residents are advised to not visit district locations unless necessary, and the Forensics Division will be closed until further notice. The Racine County Sheriff’s Office has announced it will suspend non-violent arrests in the wake of the pandemic.

K-12 schools have been closed, along with colleges throughout Wisconsin. Worldwide, over 182,198 cases of COVID-19 have been cataloged, along with over 7,100 deaths at the time of this writing. A substantial number of people —over 78,000 — have recovered, though recent findings are showing the virus has lasting health impacts on some it infects. Though the infection rate in China is beginning to decline, many other countries are still riding the storm.

“I’m proud but not surprised by the efforts of the people of Wisconsin to rise to the challenge to keep ourselves, or families, and our communities safe,” said Evers. “There’s a lesson here that you wouldn’t necessarily get in a classroom, and that is that life is unpredictable. Please understand that your health and safety are our top priority,” he said, speaking directly to students across the state now facing a new routine. “Folks, it’s on all of us to practice social distancing and take every step possible to mitigate the spread of COVID-19.” 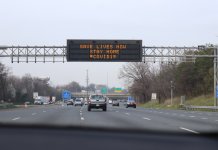 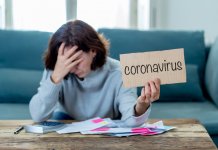