The U.S. is falling behind in securing health care coverage for America’s children, but especially so in covering Latino children, according to a new report released Wednesday. And while some states are doing better than others, Wisconsin is part of that decline.

Between 2016 and 2018, the number of Latino children nationwide lacking health insurance rose for the first time in a decade, according to the report, “Decade of Success for Latino Children’s Health Now in Jeopardy.” The report is a joint project of the Georgetown University Health Policy Institute’s Center for Children and Families and UnidosUS, a national Latino civil rights and political advocacy organization previously called the National Council of La Raza.

“The gap between health coverage rates for Latino children and all children widened in 2018 for the first time in a decade,” said Kelly Whitener, a professor in the Georgetown University McCourt School of Public Policy and co-author of the report, in a media conference call. “This means that progress in reducing inequities in coverage for Latino children is unraveling.”

The report points out that one in four children in the U.S. is Latino, and by the middle of the century, their share of the childhood population will rise to one in three.

Latino families, although more likely to be in the workforce than the country overall, are less likely to have health insurance through an employer. The report’s  findings are especially stark as the COVID-19 pandemic has reached the U.S., shutting down workplaces and drawing attention to disparities in health coverage as well as the availability of paid sick leave to American workers.

“All children need health coverage – particularly at times like these,” said Whitener.  “The only way to effectively respond to a pandemic is to ensure that everyone has access to health care and that we have a strong health care infrastructure.”

The increase in Latino children lacking insurance is part of a broader trend of shrinking coverage for children overall, the reports authors say. From 2016 to 2018, the number of children of all groups who lacked health insurance rose to 4 million children, an increase of 400,000.

“This trend is troubling and suggests that the relentless efforts by the Trump Administration to undermine affordable health coverage programs and target immigrant communities has impacted our nation’s most vulnerable children,” states the report.

One factor in children’s coverage is whether or not the state has accepted federal funds to expand Medicaid coverage, as provided for under the Affordable Care Act (ACA). “Latino kids in non-expansion states are two and a half times more likely to be uninsured than Latino children living in Medicaid expansion states,” said Lopez. “We know that Medicaid expansion remains one of the most important policy choices a state can make to expand coverage to children and their families.”

Among Latino children who do have health coverage, more than half — 54.7% — get it through Medicaid or through the federal Children’s Health Insurance Program (CHIP), the report notes, compared with 38.5% for all children.

But Latino participation has fallen in Medicaid and CHIP in the last couple of years because of poor outreach, cumbersome enrollment procedures, and in some states, the practice of locking out recipients if they miss a CHIP premium payment, the report says. The Trump administration’s “public charge” rule, which has expanded the ways in which a prospective immigrant’s potential use of public benefits can be used to deny or renew a visa or Green Card allowing them to work in the U.S., has also discouraged Latino families who would be eligible, the authors found.

That is part of a larger trend the report observes, a national climate that is increasingly hostile toward immigrants — even though 95% of Latino children are citizens.

“There’s a culture and a rhetoric of fear and misinformation and open hostility in this administration toward immigrant families and immigrant communities, and public charge is just one example of that,” says William Parke-Sutherland, health policy engagement coordinator for Kids Forward, a Madison-based policy and advocacy organization for children and families. “Much of the fear and confusion and harmful rhetoric has made people very afraid of accessing public supports that people are eligible for.”

Parke-Sutherland said the report is also another example of how the state’s failure to accept the ACA’s federal subsidies to expand Medicaid has limited health care coverage in Wisconsin.

As governor, Scott Walker refused to accept the federal Medicaid expansion under the ACA. After Tony Evers was elected governor, the Republican-controlled Legislature in a lame-duck session in late 2018 acted to block him from accepting the expansion, stripped it from his 2019 budget proposal and has refused to take up legislation reversing that decision. 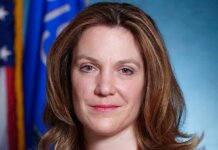