On March 3, working as a newspaper reporter at the Daily Jefferson County Union, I wrote a story with the headline, “Area health officials stress preparation, information as coronavirus spreads.”

In the story, I quote Jefferson County’s Health Director Gail Scott and other public health officials saying the county was preparing for coronavirus and taking actions such as hand washing. But they also said the flu was a bigger concern.

At the time, only one case of COVID-19 had been confirmed in Wisconsin — a second confirmed case wouldn’t come for another week. That week, the Department of Health Services sent out a news release saying the state had just established coronavirus testing capabilities.

That March 3 story says the U.S. death toll had just reached six. Now, more than two months later, it has reached more than 77,000.

Jefferson County wouldn’t confirm a case of the disease until March 20, the beginning of my second week at the Wisconsin Examiner.

In the intervening 66 days, the world has learned a lot about COVID-19, but there’s still a lot left to be learned.

My story accurately quoted Scott and she was accurately sharing the best public health advice given the available data. Yet, 66 days later, the facts of that story have changed.

How science, and those who communicate it, deal with changing sets of facts is an important question in a pandemic. Uncertainty must be clearly demonstrated and explained — or used in bad faith, according to Richard Keller, a professor of science history at UW-Madison.

“Scientists are comfortable with uncertainty — they don’t like it, they want to be certain  — but they recognize that you’ll never be completely certain,” Keller says. “There’s a degree of comfort with uncertainty the general public doesn’t have. We want to know what we should likely do, what we have to do.”

“The problem of uncertainty, which is inherent to scientific practice — it’s simply there — is the capacity of different interested parties to instrumentalize or indeed, even weaponize, uncertainty,” Keller says.

Even things we thought we knew have changed, with research into the virus moving extremely quickly and at times contradicting itself. While this is proof that science is working, it’s also disconcerting to the public.

“We know very little about a lot of the science around this and we’re trying to answer a lot of questions in a very short time period,” says Dietram Scheufele, a professor of science communication at UW-Madison. “Normally, nobody pays attention to science. Science moves at a pace that ensures its quality. Now we’re putting all of this out in a few short months.”

Should people wear masks in public? Why are decision-makers using infection models that have changed so much? How many people contracted the virus while voting in Wisconsin’s April 7 election?

As the world attempts to find the safest way to reopen, bad faith actors, politicians and protesters have seized on scientific uncertainty to downplay COVID-19’s seriousness and argue for less restrictive measures.

“When we oversimplify or make something sound more definitive than it is, you’re setting yourself up for failure and the ability for people to challenge,” Ivan Oransky, a doctor and health reporter, says. “You set all of us up for poor understanding and the sense that there’s constant whiplash and less trust.”

“A more pernicious problem is they’re contradicting themselves and they haven’t settled science yet, so why should we be acting on this? The answer is, it’s the best possible way,” Scheufele says. “If you have stage three cancer, the doctor will likely recommend chemo, which is a crude method. Is it perfect? No. We know this is an outdated method but it’s the best we have right now. The same thing is true for COVID-19. We’re trying to establish the best available knowledge.”

If the options for a public official making a decision are to go with their gut or listen to the scientists — fully acknowledging the science will likely change — the science is the better option.

“If we’re going to make decisions, we want scientific knowledge because it’s the most reliable knowledge,” says John Rudolph, an expert on the history of science education and a UW-Madison professor. “But science would say it’s not true with a capital T, it’s the best we have. The public, people generally, like to deal with absolutes. Scientists are inherently skeptical, they’re always hedging their bets.”

What’s happened instead, according to Oransky, is a mix of public officials deciding differently, with the resulting confusion making it more difficult for the public to know what to do.

“You have to be honest about what you don’t know,” says Oransky, who also co-founded Retraction Watch, a database that tracks the retraction of scientific papers. “If you make it sound like there’s no uncertainty, you set yourself up. It’s much easier to never lie, because if you lie you have to remember what you lied about. If you said you didn’t know something yesterday, you don’t have to answer a question about why you’re contradicting yourself.”

Writing the first draft of history

There’s a layer between the officials making the decisions and the public interpreting them — media outlets and reporters reacting in real time in a potentially hostile environment.

President Donald Trump has used reporters’ past work against them in media briefings. Reopen Wisconsin Facebook groups are full of criticism of the state’s media outlets. All of this is happening as the industry faces major existential concerns, financial woes and a need to meet daily deadlines.

“If we’re intellectually honest, we should acknowledge that everything is provisional,” Oransky says. “People are going to weaponize that. It doesn’t mean you don’t act, you act on the best information you have at the time, and you don’t hide information. So, journalists, what are we doing? We’re writing the first draft of history, it’s a draft. It doesn’t mean you don’t publish the newspaper, it means you acknowledge the details are likely to change.”

Reporters can do all that. They can acknowledge the uncertainty, couch every statement with all the unknown variables and try to let the reader know that the facts will likely change. That still leaves one problem — it’s not especially interesting. It’s difficult to spend significant portions of precious column inches or air time saying what is still unknown, especially in a competitive media environment.

“I wish every piece of information we put out would be embedded with what are the uncertainties, what do we know and don’t know,” Scheufele says. “My ideal of media coverage is not going to happen because nobody’s going to read it. You can write that article, I wouldn’t read it myself. Journalists have to rely on best guesses at the time.”

Oransky adds that the system creates an incentive for a solid conclusion.

“It isn’t a very good headline to say ‘officials don’t know what they don’t know,’” he says.

Is the scientific method wrong?

In the middle of a crisis, it’s difficult to solve systemic issues. But the underlying problem isn’t new. Almost everyone interviewed for this piece pointed to climate change, the tobacco industry’s efforts to undermine research on the health effects of smoking, or both as examples of when science’s inherent uncertainty was used in ways that ultimately harmed people.

Part of the problem is that the idea that science only trades in cold, hard, solid facts has seeped into the culture — which is an incorrect and overly simplistic view.

“One of the main reasons for public misunderstanding is there’s a tendency for most people to view science in a very stereotypical way,” says Rudolph, author of a book called ‘How We Teach Science: What’s Changed and Why it Matters’. “It’s modeled on the experimental sciences, that you can conduct an experiment and as a result determine some fact with certainty. You can demonstrate it’s true or isn’t true and move on.

Most of science — including the study of contagious diseases — isn’t only done in a lab, Rudolph says. Data is compiled from the real world, where it can be murky and difficult to find an exact answer.

“Science is much more complicated than that,” he says. “Epidemiology is one where you don’t just do an experiment and get an answer.”

Some of the problem, says Dominique Brossard, a professor of science communication at UW-Madison, is that we’re taught great scientific achievements are the result of one person — Albert Einstein or Charles Darwin, for example — and their sudden bursts of genius.

Science is a slow and tedious inching toward certainty — often never getting completely there.

“Scientific revolutions around the theory of relativity, evolutionary theory or the big bang theory, even those don’t come in a vacuum; there are other scientists at the same time thinking about the same ideas,” Brossard says. “It’s not like, ‘Boom, I have an idea.’ You try things and add a little more.”

As the world deals with the current crisis, Scheufele says it’s essential to find common ground as a way to move forward.

“We’re telling people that their way of life needs to change,” he says. “We’re saying this is all because of this evidence. Well, if that evidence is uncertain, they’re asking, ‘Why are you destroying my economy?’ Rather than figuring out the values that are important to these people.”

As the world works to find a path forward, the facts will continue to change. Sixty-six days from this story, a lot will be different and a lot will still be unknown.

“My understanding of this crisis right now is based on where it is right now,” Brossard says. “Talk to me in three years and I’ll have a different perspective.” 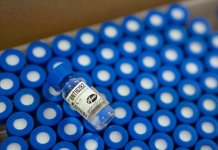 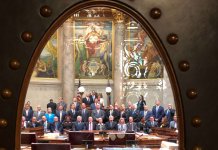 Science as a weapon