Republicans including President Donald Trump, Wisconsin legislative leaders and a cadre of rightwing special interest groups that have launched an offensive against Wisconsin Safer at Home orders have made their mark.

While being cautious and following public health guidelines to keep Wisconsinites safe remains popular, the most recent Marquette University Law School Poll shows there was a big jump in the number of people who said public health orders for the pandemic have been an overreaction, compared to those who find it appropriate.

And the shift in attitude over the past two months has taken place primarily among Republicans.

The Marquette poll was in the field May 3 – 7, following on the heels of Republican leaders filing a lawsuit in the Wisconsin Supreme Court, asking it to overturn Safer At Home restrictions by taking the power out of the hands of the health department secretary. (As of publication time, the case had not been decided.)  It was also in the wake of rightwing groups nationwide pushing and funding reopening rallies, two of which were held at the Capitol in Madison and in Brookfield.

“There was very little polarization by party on this question,” said Marquette poll director Charles Franklin of the March pol where 75% of Republican voters supported the shutdown. “But now Republicans are about evenly divided on the shutdown and whether it’s appropriate or not, while Democrats are 90% in favor.”

That said, protests calling for reopening of the state were supported by only 31% and are opposed by 63% of registered voters.

The Marquette poll shows concern about the pandemic has lessened a bit overall, and approval ratings on how Gov. Tony Evers and President Donald Trump have handled the pandemic have also dropped slightly. Evers fell to 64% approving of his actions, down from 76% in March. Approval of Trump’s handling of it declined to 44%, down from 51% in March.

Franklin pointed to the shift in attitude toward COVID-19 and social distancing over the past two months as a big change since that last poll, while noting that other key indicators in the political arena remain far more stable.

One number that hasn’t moved is political preference in the presidential race. Democrat Joe Biden continues to beat Republican Donald Trump by three points in a horse race matchup in this battleground state, although the percentage of unsure voters has risen so the overall numbers fell slightly to Biden at 46% and Trump at 42% among registered voters.

“That’s the same margin as it was in March when it was 48% – 45%,” says Franklin. “Both of them dropped just slightly, don’t-knows went up just slightly — all of this is margin-of-error kind of differences. We’ve seen Biden with leads of about three points in most of our polling since November. Those have not been trending up or down in the last few months.”

The Marquette poll backs up those who have said that the pandemic is personally hitting people of color harder than others in multiple ways. And it showed it to be especially true for African Americans in Wisconsin.

For the overall population, the poll did not show a surge of financial distress, with 61% of respondents saying they are living comfortably, down only slightly from 63% in January 2020. That drops to 52% among people in families where work hours have been cut, and down to 30% among people in families where there has been a job loss. The rest say they are just getting by or struggling.

Franklin pointed out that job losses are “up a little bit from a month ago, so the economic damage has continued to grow.” He adds that there have also been more cuts to hours, although not as big of an increase over two months as there has been in lost jobs. “This will start to show up in unemployment reports coming in the next month or two,” said Franklin.

Digging deeper into the crosstabs shows that among respondents who report losing a job or having a family member lose a job, feelings of financial insecurity have risen steeply. And the impact is far greater on African-American families.

“There are big differences by race,” Franklin said. “African Americans in particular have been hard hit, in terms of health consequences of the pandemic outbreak, suffering disproportionate numbers of illnesses and deaths.”

“But it’s also true that when it comes to the economy, they’ve been especially hard hit,” added Franklin. “Overall about 15% have lost a job, but for African Americans it’s about 30% who say that they themselves have lost a job.” That number rises to 48% — nearly half — when the job loss question is expanded to include any member of their family.

The poll found that among the white population, 11% report having lost a job personally, while numbers for the Latinx population fall in between the two groups.

Not surprisingly, this translates into heightened concern about COVID-19, with 75% of African Americans saying they are very concerned, a number that drops to 58% among white respondents.

The Marquette poll results were released on Tuesday — the same day that voters in northern Wisconsin were voting in a special election to replace Congressman Sean Duffy in the 7th congressional district.

In this election, as was the case in the April 7 spring election, there has been an increase in people voting by mail. So the poll included questions on how Wisconsinites want their November election to go.

Results were split — and again answers fell along party lines.

Overall, 36% wanted the November election to be held completely by mail, while 57% want to maintain the option of in-person voting, despite shortages of poll workers and other problems that plagued the April election.

However, like Trump and members of the Wisconsin Supreme Court, those respondents did not want to see voting move entirely to mail-in ballots — even though that’s how they plan to cast their own ballot.

“When we ask people how they will vote in November, 54% say they’ll either do it by mail absentee or by early vote and just 39% say that they’ll do it in person on election day,” reported Franklin. “And so, there is more of a reluctance to themselves vote in person, whereas there’s more support for keeping in-person voting as one option.” 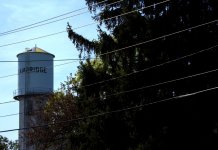 Caught on the line between stay-at-home and reopened 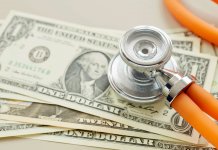 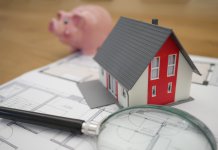