Police Chief David Couper during his time with the Madison Police Department. (Photo via David Couper)

Where do I begin? The pandemic in which I must strongly isolate because of my age and my wife’s cancer? The explosive outrage that was bound to come because we as a nation have been  unable to reduce the number of deaths of African Americans at the hands of police? Or do I start  as a person of faith witnessing our nation’s president staging a violent crackdown on peaceful protesters so he can make a photo-op out of that which moves my life?

In my eighth decade, and after three of those as a police officer, I am saddened by what I see. We seem to have learned so little since the days of Martin. He asked us to love one another and we continued our selfishness, our consumption at the expense of others — the climate crisis, a living wage, fairness in our system of criminal justice. He told us that we will “die as fools” if we fail to live together as brothers and sisters. Were we too busy to care? Too busy to love one another if another’s  skin was a different color than ours? Now we had better start caring and learn how to love.

I dream of a police who are compassionate, fair, and controlled in their uses of force. The dream is dimming. The dream is about a police who act as protectors of our civil rights enumerated in our Bill of Rights. My dream envisions men and women to whom the youth of this nation look up to and say, “I want to be like them, do what they do!” — in effect, a domestic peace corps.

My dear wife, who has lived with me during this angst and 40 other years, reminds me that we are in the midst of a “perfect storm” which has converged feelings of social isolation, unfairness, fear, and that one’s basic political, social, and religious beliefs are under attack. This is a trifecta for trouble.

What lies ahead for our dear nation? I pray for a vaccine, a more compassionate police, and a faith based on loving the neighbor and a willingness to forgive and be forgiven. A pipe dream? Perhaps, but as over 100 cities suffer and burn each night, there is no “quick fix.”

In 1968, as smoke settled in our cities in response to the assignation of Dr. King, I served on the Minneapolis Police Department. Since that time we have had two presidential commissions issue significant recommendations regarding policing and our system of criminal justice. One of those commissions, led by Otto Kerner, former governor of Illinois, warned us that we were becoming two societies, one black, one white, separate and unequal. Fifty years later, a report told us that not only had things not gotten better for black Americans, they have gotten worse!

It was Malcolm X in the 1960s who challenged our system of laws and government. He said that unless we made the necessary systemic changes in our nation to eliminate the scourge of racism, that the chickens (hatred and violence) would come home to roost in our backyards. 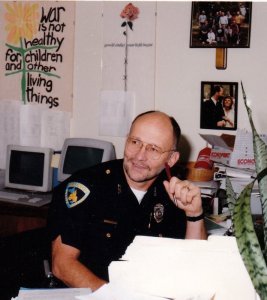 Now they have. What we are experiencing now will not be abated by any “magic fix”—  it’s too late for that. Not even sending the U.S. Army as occupying troops (versus local National Guardsmen and women) into our nation’s cities will help. It will certainly inflame the situation. No, this present crisis will have to burn out. In the meantime, police will have to be tolerant, helpful, and understanding to the noontime protesters and then be able gear up for the anarchists who want to tear things down at night. They will have to deal with provocation while remaining within the rule of law.

After this, the work must begin … again. Study groups and commissions will be gathered, reports and recommendations issued. We will then try once again to find a “vaccination” to obviate our racist tendencies and disdain for our economic underclass. Can we do it? It remains to be seen. Historically, we have not been able to shed these tendencies. It sure would help if our police could collectively demonstrate and teach how to relate to and love one another. Yes, I still dream.

David Couper came to Madison, Wisc. in 1972 as their new chief of police. He was 34 years of age at the time. Prior to coming to Madison he had served on the Edina, Minn. and Minneapolis Police Departments and chief of the Burnsville, Minn. Department. He and went on to serve as Madison’s chief of police for over 20 years. Couper brought much change and reform to Madison – a new way to management conflict and public protest, he broke open the employment barriers that kept women and racial minorities from the police ranks, and instituted a new and collaborative style of leadership. In 1993, he was chosen by his peers to receive the National Police Leadership Award. He has graduate degrees from the University of Minnesota and Edgewood College in Madison, studied police in Europe, and has authored three books on policing and the role of forgiveness in government. He and his wife, Sabine, who also served as a police officer for 20 years, have been married for over thirty years. Between the two of them they built a family of nine children and eleven grandchildren.

Misogyny is fueling the country’s gun violence epidemic,… by Anna Gustafson August 1, 2022
How inequitable policies shape Milwaukee’s homicide rate by Isiah Holmes March 23, 2022
With abortion blocked, what happens to the health of the… by Erik Gunn June 29, 2022