This is the second installment in a two-part series on the Lincoln Academy, a proposed charter school in Beloit supported by billionaire Republican activist Diane Hendricks. The first installment explored Hendricks’ influence on Beloit through her philanthropy, and the views of parents and community leaders in the troubled Beloit school district, some of whom see the school as a gift, and others of whom see it as a threat to the existing public schools. This installment explores the challenge of connecting Beloit students with promising careers in place that has experienced industrial decline, and the complexity of having a billionaire philanthropist, who is also a booster of Wisconsin’s Right to Work law, take on this project.

Meeting people where they are

Dorothy Harrell, who was born and raised in Beloit and is a graduate of Beloit Memorial High School, does not believe Lincoln Academy will address the underlying problems of Beloit’s low-income, minority students.

As a former teacher for 10 years at the Merrill school, “I know there are bright children getting a good education there,” says Harrell. “Who’s over there volunteering? If you are interested in people, you meet them where they are,” she adds.

“I called the principal, I asked who is coming over there volunteering to help you? She said none of these people. So to me it was a false premise.”

Kirah Zielinger, president of WEAC’s region 6, says that the effort to recruit kids from Merrill could backfire on the community. “While all students are welcome in public schools, that is not the case with the Lincoln Academy,” she says. “Just because you are enrolled on day one, that doesn’t mean the charter school is going to keep you,” she adds. “There are many reasons a privately run school can choose not to teach a child.” She worries about “the impact on the community if Merrill were to have to close, and then a neighborhood school is not available to the community.”

UW points to ‘areas of concern’

Among the “areas of concern” raised by the UW’s Office of Educational Opportunity — which will make a decision by September about whether to grant the Lincoln Academy’s charter — were the following responses to the school’s Phase I charter application:

In Phase II, before granting conditional approval of the school, the OEO raised more concerns:

Lincoln Academy also did not provide enough detailed information on its curriculum and instruction to meet its standard, the OEO stated. In particular, the UW office asked:

Other concerns include too few special education teachers and critical support staff, such as guidance counselors and social workers. And:

In a letter, Aaron Seligman, the director of the OEO, said that these concerns must be addressed by September 2020, in order for the school to be authorized.

A culture of care and love and joy

Cole worked in the Milwaukee Public Schools for 20 years, as a teacher, library media specialist and administrator, before moving to College Prep. She believes that private charter schools can have a collaborative relationship with the public school district. She saw the public schools in Milwaukee pick up things like morning assemblies and rolling out a red carpet on the first day of school from charter schools.

“I’m really excited for the children of Beloit,” she says of Lincoln Academy. “It’s a great opportunity for them.”

Responding to critics’ view that Diane Hendricks is out to destroy the public school system, she says, “That’s too bad. This shouldn’t be about politics. This is really about giving back to the Beloit community and also to have students who are prepared and ready to stay in Beloit.”

Among the special features of the school, she says, will be job shadowing starting in the 7th grade.

“The goal is to prepare kids to go on to college or living-wage careers or the armed forces,” she says.

Biotech, genetics and agriculture are among the areas the school plans to have children explore. “How can we be flexible for the needs of the future when we don’t really know what the future holds?” Cole says of the challenge of connecting kids with future careers.

Cole acknowledges that some people are turned off by the term “no excuses” which Lincoln uses in its charter application. No excuses charter schools have become notorious for expelling students for small infractions, such as wearing a uniform incorrectly.

“I am not about punitive discipline,” she says. “How I interpret ‘No Excuses’ is you don’t make excuses for children not succeeding. The problems at home — poverty — we can’t make excuses like ‘they don’t have parent support.’ What that does is it hurts the child. We have to help teach children grit and perseverance.”

Responding to the OEO’s criticism that communication with parents, including the contract parents will be required to sign, appears to be a one-way street, Cole says “there are certain expectations we want parents to understand — these are the things you are agreeing to do.”

But parents and staff will continually meet to adjust to changing circumstances, she says. “It’s really about building a culture of care and love and joy.”

Tony Cappozziello, youth apprenticeship coordinator at Beloit Memorial High School, has been teaching in Beloit for the last 15 years. He reels off the list of great vocational and technical programs that are already available to his high school students, including welding, machining, carpentry, certified nursing assistants, Microsoft office certification, hospitality programs and entrepreneurship.

“We have excellent programming that is already better than any school in the State Line area and would hold up well to any district in the entire state,” Cappozziello says.

“We offer industry-recognized certifications in all areas of our career and tech-ed programs at Beloit Memorial High School and I don’t see any reason to duplicate what we already do,” Cappoziello says, adding that clubs like DECA and Future Business Leaders, not to mention sports, make the local high school more attractive than a new start-up school.

But even excellent programs don’t always translate directly to career-pathway jobs after school, Cappiozzello says. “Families struggle and many of our kids work their way through college or work to help their families,” he adds.

“Part of the expectation is that kids come out worker-ready — with a good work ethic and enthusiasm,” he says. But some of those kids have seen parents laid off. The economic landscape has shifted, creating a lot of uncertainty and “gaps for people that once-upon-a-time could have walked out of school into a manual labor job and made a decent living.”

The days of family-supporting union jobs that helped build Beloit have disappeared.

“We know the requirements for high-skill jobs have increased,” Cappiozzello says. “Our programs actively prepare students for direct entry into these fields or further education.”

Cappiozzello hopes that the community will help Beloit Memorial develop a job database which he can use as the school’s Youth Apprenticeship Coordinator.  He wants to teach kids how to evaluate local employers’ healthcare plans, benefits packages, salary steps and opportunities to advance — “to teach them skills that will help them for the rest of their lives,” he says. “As it works now, we are often notified Company X is hiring, company Y needs a mechanic, but we don’t have the opportunity to teach the kids how to shop from the market.”

Kids don’t necessarily understand that a $15 an hour job that looks great to a high school student today could be a dead end. “If you come from poverty and a parent who’s been in prison, you’re happy just to have a job,”  he says. “I have worked hard to protect them from these traps.”

Lisa Anderson-Levy, Beloit College professor, takes a historical perspective on the battle over the Lincoln Academy and other charter schools.

“Because of the challenges and the underfunding, public schools don’t serve poor and Black and brown kids like they should,” she says. “And so parents are frustrated. And then in swoops the charter school that says, ‘Hey this is the shiny new thing we’ll be able to treat your children better and offer them more.’”

The problem is, even if the school is good for a handful of children, it doesn’t make anything better in the bigger picture.

“Charter schools are not required to accept all children, as public schools must,” Anderson-Levy points out. “The most vulnerable children such as those with difficult disciplinary records or with disabilities are often rejected by charter schools. Thinking about a charter school as a ‘choice’ instead of a public school is a false choice.”

“This is another way that people of color and poor people are set up to work against their long-term interests,” she adds, “when they invest in a charter school that not only pulls state dollars from their public school, it may not even accept their children.”

Like Harrell, she believes local philanthropists should “meet people where they are” in the Merrill neighborhood, and focus on root causes, funding prenatal care, maternal-child health initiatives and other efforts that could address systemic racism and poverty.

She thinks there are better models of philanthropy.

Beloit, Anderson Levy suggests, should look to another small midwestern city, Kalamazoo, Mich. where wealthy residents put their money into a scholarship program called the Kalamazoo Promise, that pays college tuition for local public school students who attend Michigan’s public universities and colleges, and has had a major impact on improving test scores and attendance at public schools.

A few years ago, Anderson Levy says, she saw a front-page article in the Beloit Daily News  that really bothered her. The story featured a photograph of a group of schoolgirls in pretty dresses, seated at a table with local businesswomen at a fundraiser for the Stateline Boys & Girls Club. “They were all girls of color,” she says.

“The area’s young ladies will have another opportunity to test out their manners while learning about careers,” the article began, describing a program involving Hendricks Career Tek that provides fancy dresses and shoes for the dinner, connects local students to business leaders who talk to them about careers, and teaches “soft skills” including etiquette.

“That article, to me, symbolizes the kind of intervention that Diane is doing, which is superficial.”

“If you want to make systemic change — and, you know, there are folks around here who have the money to do that,” Anderson-Levy adds, “it’s not going to be a charter school.” 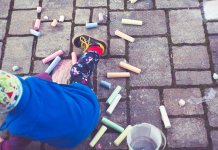 Will teachers go back? 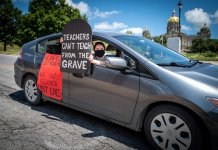 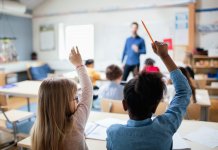 Evers says schools will make their own decisions for the fall