As anticipation builds in Wauwatosa (Tosa) leading up to the July 15 Police and Fire Commission (PFC) meeting where the main item on the agenda is a complaint against police officer Joseph Mensah, many questions weigh heavily on the minds of activists and their allies within Milwaukee’s Black Lives Matter (BLM) Movement. They wonder why the meeting, originally planned to be in-person, was changed to a Zoom-only format in recent days.

Mayor Dennis McBride told Wisconsin Examiner that the meeting format was changed due to concerns around COVID-19.

“Coronavirus cases are rapidly increasing in Wisconsin and across the country,” McBride, who was elected this year, wrote in an email response to questions from the Examiner. “As I’m sure you know, Dane County, the Village of Shorewood, and the City of Milwaukee have all issued mandatory mask orders in recent days. Few of the hundreds of people who have attended recent City of Wauwatosa meetings have worn masks and there has been no social distancing. This puts them at risk, but also endangers city staff members and elected officials.”

COVID-19 is certainly a major concern in Milwaukee County, which accounts for over 14,000 of Wisconsin’s nearly 37,000 positive tests. According to county-level data, 359 people have died of COVID-19 and 57% of the area’s ICU beds are in use. But activists see the format change for the meeting as a way of shutting them out of a key conversation on police reform right as the area’s problems have been receiving national attention.

The complaint against Officer Joseph Mensah was filed by lawyers who represent the families of three people Mensah shot and killed in the last five years. Kimberly Motley, one of the lawyers, filed the complaint on June 19 at City Hall, as protesters congregated at the Wauwatosa Police Department (WPD).

Motley’s complaint focuses on the second of Mensah’s three fatal shootings, in which 25-year-old Jay Anderson, Jr. was killed in 2016. The complaint requests that the PFC fire Mensah, accusing him of not following proper procedures during the shooting. “We believe that Officer Mensah’s actions under the leadership of Chief [Barry] Weber has shown that he is a threat to public safety in Wauwatosa,” the complaint states. It also mentions the shooting of 28-year-old Antonio Gonzalez, Mensah’s first shooting death in 2015 as well as his most recent, 17-year-old Alvin Cole in February.

Motley told Wisconsin Examiner that her law firm and clients, “vehemently object,” to the meetings moving to Zoom. “We just want to be open, transparent,” said Motley. “We think that it’s important for the public to be with us, with this complaint. They have a huge interest, obviously, in how this complaint is handled within the community. And we find this very curious that the City of Wauwatosa has adopted this new remote-only meeting rule.”

Protesters have kept up the pressure with marches and demonstrations for weeks in the normally quiet suburb. They’ve packed into city meetings, peacefully shut down local businesses, and marched through the streets calling for Mensah’s firing, as well as other reforms at WPD. Upon hearing of the change in the meeting format, an activist faction known as The People’s Revolution took to social media on July 13 to decry the move.

Noting that local parks, pools, restaurants and bars are operating in Tosa, The People’s Movement criticized the different policy for city business: “If the City Health Department has deemed it allowable for these places to be open, how in good conscience can the city restrict the Police and Fire Commission meeting on July 15 and all future public meetings to a virtual Zoom meeting?” The group suggested that, instead, the city hold the meetings in large spaces like gyms or Wauwatosa’s outdoor amphitheater in Hart Park.

McBride counters that it’s not so simple. “We recommend that bars and restaurants follow the guidance of our health officers,” he writes. “But the recent Wisconsin Supreme Court decision on health orders makes it almost impossible for us to control what those bars and restaurants do. We can try to ensure that people who come into City Hall follow our health guidelines.” The sheer scale of some of the demonstrations and the presence of residents at meetings, however, makes such efforts more difficult.

The freshman mayor notes that the PFC meeting will be, “a quasi-judicial hearing, much like a court trial.” Like a court proceeding, public comment will not be accepted during the complaint hearing. “The purpose of the meeting is to allow the attorneys for the Anderson family and Officer Mensah to have their cases heard. Again, the public will be able to observe the PFC meeting by Zoom. I didn’t make that decision, that was made by the PFC itself.”

How future council meetings will be held will be up to the Common Council. “In recent weeks,” McBride told Wisconsin Examiner, “there have been many city meetings at which people have been heard in person on the Mensah matter, and there will be other meetings in which people can make their feelings known in person or by Zoom.” McBride highlights that the city is working on hiring a “facilitator to conduct public listening sessions,” and will continue to accept public comment in committee meetings. “Public comment is never accepted at full Wauwatosa Common Council Meetings,” the mayor explains. “It is welcomed at council committee meetings.”

On July 14, the day before the PFC meeting, the council will hold a special meeting, which will begin as an open session but which could later be closed. The sole agenda item will be “discussion of potential litigation and associated litigation strategies related to the Wauwatosa Police Department,” McBride writes. This, too, will be a held over Zoom.

McBride also addressed an issue that the families of Cole, Anderson and the protesters have wondered about for seven days. On July 7, the Cole family received a call from the Wauwatosa Police Department warning them that any protest at Mayfair that day would be met with a large police presence. Five days earlier, marchers had peacefully shut down the Cheesecake Factory at Mayfair Mall, near where Alvin Cole was killed. Officers didn’t stop the protesters then, and they left after briefly occupying the restaurant.

When marchers attempted to enter the restaurant again on July 7, officers from WPD, State Patrol, West Allis, Brookfield, the Milwaukee County Sheriff as well as numerous unmarked vehicles responded to force the protesters out. Some people were arrested and later released. Afterward marchers crowded into a city council meeting with McBride in the building, shouting the mayor down and disrupting the meeting.

Marchers said that officers on the scene claimed they were asked to respond in that manner by the city, due to complaints of “violent” protests. Wauwatosa’s marches have been peaceful to date, with no arrests made aside from the July 7 confrontation. Tosa PD still hasn’t responded to Wisconsin Examiner’s questions regarding the events of that day.

McBride replied to a question about the city ordering the police to respond: “No. I did not communicate with WPD officials that day. My understanding is that the WPD called other departments for assistance, under their mutual aid agreements, because protesters were blocking WPD squad cars from leaving Mayfair. I had no communication about that assistance.” At the July 7 council meeting, McBride told the protesters that the council generally has no authority over the police department. The mayor noted that, “almost all the protests have been peaceful,” though he pointed to the July 2 Cheesecake Factory shutdown as a turning point in the marcher’s tactics.

“On June 5,” McBride added, “I issued a public statement in which I said that Wauwatosa understands that the protests are a legitimate expression of their First Amendment rights to free speech and peaceful assembly. I also condemned the inexcusable killing of George Floyd in Minneapolis and other murders of innocent African Americans and denounced racism. We have heard the calls for meaningful change.”

The meeting on July 15

As for the Zoom meeting, the position of the People’s Revolution activists remains the same. “This action needs to be called out directly for what it is,” they say in their statement, “an attempt to silence the voices of Attorney Kimberly Motley, of the Jay Anderson family, of the Cole Family, and of the protesters who have gathered within your city to protest the lack of justice,” in Mensah’s killings. “For these reasons we strongly object to this move by the city and we believe it is another shameful action on the city’s behalf to deny justice.”

Motley feels the choice before Wauwatosa, the PFC and the Tosa PD is clear. “Do the right thing and fire Mensah,” she said, pointing to this as a key demand of the lingering protests. “A lot of this ends once you fire him.” 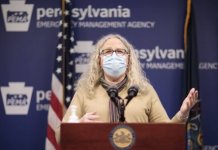