We launched last summer in the middle of the budget battle between Gov. Tony Evers and the Republican-led Legislature, and have been covering the power struggle in the Capitol and the issues that matter around the state ever since.

The big news when we started now seems impossibly far away. One of the hot issues debated in our divided government in 2019 was how to spend a projected budget surplus. None of us envisioned a downtown full of boarded-up businesses, vacant offices (including ours), a Safer-at-Home order that kept COVID-19 cases down in Wisconsin —  until it was overturned by the state Supreme Court — or the massive protests against police violence and systemic racism and toppled monuments that had stood just outside the Capitol for more than 100 years.

Little did we know when we moved into our workspace above Ancora Coffee on King Street that we would all be working remotely come springtime. Our new reporter, Henry Redman, who joined our staff and increased our numbers from four to five last March, started on the very day we went home.

Through the pandemic, the elections, the rallies and protests that filled the streets and the battles inside the Capitol — we’ve covered a lot of dramatic events in a short period of time.

It has been quite a year for me, personally, as well. I was in the hospital, having surgery for breast cancer when we launched a year ago today. Just for good measure, a tree in my backyard dropped a two-ton limb on our house, punching a hole in the roof (luckily no one was at home) that same week. I am grateful for my health, my family and to have the last year behind me.

I am also fortunate to have, as my deputy editor, one of the most knowledgeable and capable journalists in the state of Wisconsin in Melanie Conklin. Melanie picked up and ran this site for the first two weeks without me, and, once she was done getting everything going, turned her attention to producing deep reporting and analysis of state government that you won’t find anywhere else. She has uncovered the fault lines in state politics, what is going on behind the scenes, and how it affects real people’s lives. She’s also written some of the funniest, liveliest copy on state government since Molly Ivins graced the pages of the Fort Worth Star Telegram and my alma mater the Progressive magazine.

One of the most-read stories we’ve published was Melanie’s blow-by-blow of a floor session in which Rep. Jimmy Anderson (D-Fitchburg) made a plea for accommodations for his disability and Republicans agreed to the accommodations — but tied them to measures that would weaken Democrats’ power.

These kinds of dramatic moments in the Capitol deserve a great deal of public attention. But I am constantly amazed by how little people know about what goes on in our statehouse. People who are following President Donald Trump’s every move don’t know the names of state legislators and don’t know much of what’s going on right in their backyard. Which is why elected officials get away with so much.

We aim to change that, and it’s been gratifying to see the response.

We are lucky to be doing this work of journalism during this period of massive upheaval and uncertainty. If you are going to be cursed to live in interesting times, it is a blessing to be fully engaged in the work of making sense of what is going on.

It has also been a lot of fun building our little team of three veteran journalists and two rising stars.

Our newest reporter, Henry Redman hit the ground running, deploying skills gained covering crime and the courts at the Jefferson County Union, and broadening our reporting on local government and rural areas. Henry covered the Wisconsin Elections Commission and local election officials’ struggles to prepare for the pandemic election, and then donned his mask and went to the polls on April 7 to report on how things turned out.

He got the inside scoop on the Reopen Wisconsin group and its ties to national rightwing organizations, and he has done crucial reporting on county and municipal governments’ shifting patchwork of efforts after the demise of the statewide Safer at Home order, as well as the particular challenges posed by the pandemic for rural areas — including providing virtual learning in areas where many students have no internet access.

Together with Isiah Holmes, Henry started our Local Policing project, and has been covering police issues around the state, including big law-enforcement budgets in small towns, and how rhetoric about fighting “bad guys” influences officer interactions with the public. Henry is a major talent, and we are lucky to have him on staff.

Our award-winning senior reporter Erik Gunn has covered many different beats over his long career. Serendipitously he was focused on two crucial areas at the Examiner when the pandemic hit — the economy and healthcare.

He won an award this year from Healthwatch Wisconsin for his coverage of a “birth cost recovery” bill that aimed to force fathers to reimburse Medicaid expenses for the birth of their children. He was ahead of the curve with his piece during the earliest days of the pandemic on the impact of COVID-19 on low-income workers and people of color. And he broke important new ground with his story on absenteeism policies that punish people for taking sick days — even when they are entitled to them.

Erik also led the pack with nationally significant stories on copycat legislation criminalizing pipeline protests, and with a poignant profile of Laura Valderrama, who was personally derided by Donald Trump during Trump’s Milwaukee rally.

Our Milwaukee reporter, Isiah Holmes, who covered racial profiling and violence against Black people by police in his hometown for years before the murder of George Floyd in Minneapolis propelled those issues onto front pages nationwide, has been doing invaluable coverage of the families of three young men killed by the same Wauwatosa police officer.

Isiah also interviewed the family of a man seized by ICE, José Alejandro (Alex) de la Cruz-Espinosa, right after he was grabbed off the street in front of his house. And he followed the story from beginning to happy ending, when the family was reunited again — thanks to public pressure.

Isiah has a deep interest in the prison reform movement, and has elevated the voices of incarcerated people and their loved ones. He is bringing attention to issues including “prison gerrymandering” — a practice that allows rural districts to count a disenfranchised prison population to increase their political power, even as people on probation or parole still can’t vote in their home districts.

Isiah’s work bringing the voices of people who are too often ignored onto our site is a major contribution not only to the Examiner but to Wisconsin.  One reader was moved to write Isiah this note, in response to a recent piece on opioid addiction and treatment:

“…you can’t imagine what it means for someone to actually hear us. Your consideration has brought me to tears. No one will listen to us and there are many of us who don’t have much time left to wait. So many others have killed themselves waiting.”

From farmers who are suffering through a historic dairy crisis to immigrant-rights advocates battling family separation to environmentalists fighting to protect clean water to fair-maps activists working to restore representative democracy, we are proud to publish commentary from the people who are determined to make Wisconsin a better, cleaner, safer, greener, more humane place.

As long as I’m bragging, I will add my Milwaukee Press Club award this year for breaking the story of Republicans’ secret plan to gerrymander the state again by bypassing the governor, and a recent two-part series I was lucky to get the time to investigate and write on billionaire Diane Hendricks’ planned charter school in Beloit that has received little statewide attention but is a microcosm of a larger debate about the future of education and kids’ lives in a Midwestern manufacturing town. I’m also happy to have the chance to shine a light on the screwed-up politics of our state and nation in weekly commentaries, as well as representing the Examiner on radio and TV .

I am so proud of the work we have done over this last tumultuous year, and so glad to be doing this job.

States Newsroom, our publisher, has launched 18 sites like ours in state capitals across the country over the last several years, employing 70 veteran editors and reporters with impressive track records covering their states. At a time when newsrooms are disappearing and news is drying up, we are thrilled to be part of a nonprofit, philanthropic effort to keep high-quality journalism alive.

Most of all I want to thank you, our readers, for following us, giving us tips, keeping us in line with your questions and comments, supporting us by subscribing our newsletter, donating and for caring about our work digging up the truth in the Badger State. Stay in touch!

We are honored to deliver the news to you every day. 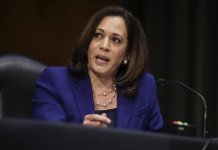 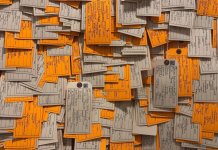 Why I wrote 500 toe tags during a pandemic