Teachers were feeling stressed out even before the pandemic began, and their anxieties have exploded as lawmakers and school leaders debate whether to launch in-person classes this fall.

U.S. Rep. Cindy Axne (D-Iowa) is hoping that her push to highlight teacher mental health in a House measure will prod Congress to do more to help educators as they grapple with social distancing in the schools, threats of infections, worried students and distance learning. Teachers and students face a school year like none other with COVID-19 cases and deaths continuing.

Even before the outbreak, Axne brought an elementary teacher from Altoona as her guest to this year’s State of the Union address as a way to promote the cause of teacher mental health. The teacher, Shannon Baity, talked with House Speaker Nancy Pelosi and other lawmakers about the increased challenges teachers like her face in their classrooms.

Axne, who represents central and southern Iowa, said she frequently speaks with teachers in her district and throughout the state who have suffered from mental health problems. The impact on those teachers, she said, is “massive.”

“Not a day goes by where I don’t have an email or a conversation from a member where they’re really pouring their heart out about their personal circumstances or the fears that they have about going back to school,” Cobb said. They’re worried about keeping themselves, their colleagues, their students and their families safe from COVID-19, she said.

“That makes for a level of anxiety from all educators – paraeducators, bus drivers, teachers, everybody – that I have never seen before, in 27 years of doing this kind of work,” Cobb said.

In Wisconsin, teachers’ unions representing the largest districts have pushed for an all virtual start to school, while top Republican legislators — who control much of the schools’ funding — sent a letter to districts throughout the state pushing for in-person classes in fall. Many of these same legislators have claimed that Gov. Tony Evers has a secret plan to force all schools to start on line. Evers told reporters on Tuesday that each school district needed to make its own decision that was right for its community.

“I am extraordinarily pleased with the conversations that school districts across the state are having, not only with their teachers and faculty members, but making sure that the community is involved,” Evers said. “Many school districts are involving students in the decision making. So I think the process is going well, and I’m looking forward to having further conversations and seeing how things go going forward.”

The House Appropriations Committee specified in its report on education funding for the coming fiscal year that “there has been a lack of specific resources designed to address teacher and educator mental health” and that teachers and educators “need additional resources to address mental health issues that arise due to their work.”

The guidance could affect federal policy for years to come, Axne said.

“This is the first time ever—ever—in education policy that mental health for our teachers has been publicly written into policy,” said Axne.

The spending bill has an uncertain future in the Senate. But if the language survives, federal agencies will develop a way to follow through with the House committee’s directions, she predicted. “The revenue will follow,” she said.

The Des Moines Register reported last year that more than 225 teachers – the most in at least a decade —left Des Moines public schools for reasons other than retirement in 2018. The paper reported that many Des Moines teachers felt they did not have adequate resources to deal with a rise in disruptive behavior in classrooms.

Cobb said Axne’s efforts could have an immediate effect just by helping to take away the stigma of talking about people’s mental health.

“Yes, teachers do struggle with mental health issues, like everybody else in our community,” Cobb said. “We need to address it because they have such an important role to play in the lives of students and in the fabric of the community.”

But many teachers are reluctant to talk about it, because they don’t want to criticize the administrators they work for if they say, for example, that they don’t have the training, facilities or staff to help deal with unruly students.

Plus, teachers are worried that discussing their struggles with mental health will undermine their reputations, Cobb said.

Aside from funding for mental health services for teachers, there are plenty of practical questions about how to help educators. Most teachers, after all, would have a hard time taking a midday break to visit a counselor’s office off-campus.

“We have counselors in schools to address mental health issues with kids. Maybe we need to have people come into school so teachers could visit with them on their breaks,” Axne said.

But Axne also said a lot of the increased stress on teachers is a result of changes in education policy and funding at the state and federal level. Decreasing class sizes, adding mental health counselors for students and curbing the spread of COVID-19 could also help, even if they are beyond the scope of what Axne is pushing in Congress.

She also said that Gov. Kim Reynolds’ efforts to force school districts into reopening for in-person instruction this fall could be making the mental health issues facing teachers even worse. Reynolds last month said that she wanted as many students to return to school as possible and that she’s prioritizing in-person classes because she wants to ensure all students, particularly those at risk of academic failure, get the resources they need from their buildings and staff.

“Right now, we’re seeing teachers who are asking for living wills. Teachers are fighting back against the proclamation of the governor, because they’re scared for their own health and safety and that of their families,” Axne said. “This just exacerbates the mental health issues that they’re facing.” 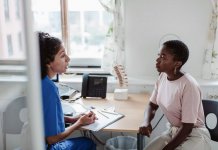 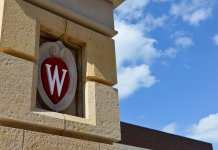 Justice Ginsburg’s seat must not be filled before Inauguration Day