President Donald Trump on Saturday circumvented Congress and took action into his own hands, after weeks of unsuccessful negotiations over another coronavirus relief package on Capitol Hill.

He signed three presidential memoranda and an executive order, at his private golf club in Bedminster, N.J. Trump would provide $300 per week in federal unemployment assistance with another $100 a week kicked in by states, consider temporarily stopping residential evictions, pause federal student loan payments and defer payroll taxes.

Trump said the actions would “take care of pretty much this entire situation, as we know it.” But Democrats in Congress are likely to continue pushing for a broader legislative package similar to the $3 trillion relief bill the House passed in May.

The president’s actions on unemployment benefits in particular and the attempted transfer of funds from another federal agency are likely to be met with loud objections from Congress and state officials and potentially a legal challenge.

“Trump is trying to put a bandaid on the economic crisis with unconstitutional, illegal, logistically unworkable executive orders that contain bad policy,” Democratic Rep. Don Beyer of Virginia tweeted. “This isn’t a solution, it is a con.”

“For instance, not only does the President’s announcement not actually extend the eviction moratorium, it provides no assistance to help pay the rent, which will only leave desperate families to watch their debt pile higher,” they said. “Instead of passing a bill, now President Trump is cutting families’ unemployment benefits and pushing states further into budget crises, forcing them to make devastating cuts to life-or-death services.”

The memo on unemployment benefits provides $44 billion from a Federal Emergency Management Agency disaster relief fund that would make up 75 percent of the extended benefits. States would have to contribute the other 25 percent.

That means unemployed Americans would receive an extra $400 per week on top of their normal state benefits, with the federal government providing $300 and the state $100. Unemployment benefits approved in an earlier coronavirus relief package, which amounted to $600 a week in addition to state unemployment aid, expired in July, leaving millions without cash assistance they are relying on to stay financially afloat during the pandemic.

Trump encouraged states to use the money they received directly from the $2 trillion relief bill he signed in March, but states have said they need those funds—and more—for other pandemic responses.

Groups representing state and local governments have also criticized the administration’s accounting of state spending, creating even more uncertainty about how much is available. A July 23 Treasury Department report said states had spent only 25 percent of the $139 billion they received in the earlier relief bill. The National Association of State Budget Officers responded that states had allocated nearly 75 percent.

The executive order on housing directs the Department of Health and Human Services and the Centers for Disease Control and Prevention to “consider” whether more action to halt evictions is necessary. It also tasks the departments of Treasury and Housing and Urban Development with looking for additional funds to provide renters and homeowners with “temporary financial assistance.”

The student loan memo allows borrowers not to pay for the rest of the year and sets interest rates to 0%, a suspension Trump also had ordered earlier this year that was included in the CARES Act.

The last memo allows employers to defer until 2021 the payment of payroll taxes for employees making less than $104,000 per year. “This modest, targeted action will put money directly in the pockets of American workers and generate additional incentives for work and employment, right when the money is needed most,” Trump said in the memo.

At the signing ceremony, he said, “If I’m victorious, November 3 I plan to forgive these taxes and make permanent cuts to the payroll tax and to make them more permanent.”

Trump on Friday had blamed congressional Democrats for not reaching a legislative deal.

“If Democrats continue to hold this critical relief hostage, I will act under my authority as president to get Americans the help they need,” he said.

“Millions of Americans are still hurting and yet, despite this reality, President Trump and Republicans appear ready to walk away from the negotiating table to do unworkable, weak and narrow executive orders that barely scratch the surface of what is needed to defeat the virus and help struggling Americans,” Pelosi and Schumer said in a joint statement on Friday.

The Democratic leaders have backed some elements of the moves Trump made on Saturday, including extending federal unemployment benefits, though at a higher level, and have said they are committed to further talks but won’t back “meager legislative proposals that fail to address the gravity of the health and economic situation our country faces.”

Senate Majority Leader Mitch McConnell (R-Ky.) took to the Senate floor Thursday to chide Pelosi and Schumer for “stonewalling the President’s team in talks and holding out for ideological pet projects with no relationship whatsoever to the COVID crisis.”

Despite intense negotiations, the parties remain far apart on a major policy issues, and they’re trillions apart on cost, with Democrats seeking a $3 trillion package and Republicans preferring a more “targeted” $1 trillion approach.

On Thursday, Democrats offered to drop the price tag of their package by $1 trillion if Republicans upped theirs by $1 trillion, Pelosi told reporters.

But the administration rejected the offer and prepared its executive order and memos instead.

The pressure for a deal is still on and the stakes are increasingly high.

The Bureau of Labor Statistics on Friday reported the national unemployment rate was 10.2 percent in July, slightly better than June’s rate but nearly triple what it was in February. A moratorium on evictions approved in the CARES package also ended, which could spur a spike in homelessness.

A federal loan program for small businesses approved in an earlier coronavirus package is no longer taking applications for new loans.

And schools are preparing to reopen as COVID-19 infections surge across the country.

Lawmakers from both chambers have left town and leaders said last week they would call lawmakers to the capital if a deal is reached.

There are some areas of overlap between Democratic and Republican approaches, leaving open the possibility of compromise.

But they remain far apart on many other major issues, including direct payments to state and local governments.

The Democratic bill passed earlier this year would extend current unemployment benefits through January 2021. Republicans, meanwhile, had offered $400 a week for 20 weeks or 70 percent wage replacement with the $600 cap, according to Politico.

Democrats would provide nearly $1 trillion in aid to cities and states, which are facing massive revenue losses amid the pandemic. Republicans have offered $150 billion in additional aid and more flexibility to spend the $150 billion for state, local, territorial and tribal governments that was approved in an earlier coronavirus package.

Republicans want liability protections to shield schools, businesses and other organizations from coronavirus-related lawsuits as they reopen.

There are also major differences on housing, education, food aid, elections and more.

But lawmakers insist they are not giving up. “We must find common ground for the children,” Pelosi wrote Friday in a letter to her House colleagues. 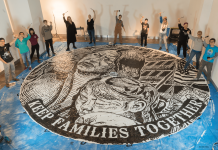