UW System interim president Tommy Thompson said he believes campuses can reopen safely amid the COVID-19 pandemic and that he can wrangle the Republican-led Legislature into supporting his budget proposal.

With students set to return to campus soon, and universities across the country shutting down again after spikes in infections, Thompson said he believes the UW plan will work — even if some faculty, students and staff get sick.

“I think our regiment, our plan, is as good or better than any university I’ve seen,” Thompson said. “We’re going to have cases, there’s no question about it. We’re going to do everything we can through our testing to protect individuals. Our goal is to protect students and professors.”

Thompson, like officials at schools that have seen spikes, put the onus on students, saying that in order for campus to stay open, they have to stay away from bars and parties.

“Students, this is up to you,” he said. “You can live in mom and dad’s basement or you can stay in Madison, Milwaukee or Platteville, it’s up to you.”

In July, when UW-Madison detailed its on-campus testing plans, university spokesperson Meredith McGlone said that young people attending social gatherings was a concern beyond just college students and that hopefully the school’s messaging about the importance of avoiding large events gets through.

“Social gatherings – particularly large gatherings where participants are not wearing masks – are already a concern in Madison/Dane County. This is true not only for college students but for adults generally,” McGlone said.

Schools like Notre Dame and UNC were forced to shut down after more than 100 students tested positive, with positive test rates above 15%. Thompson, however, refused to say what the threshold was for UW schools to move entirely online.

“I’m not going to tell you what my plans are as far as incidents, but rest assured I’m looking at the data,” he said. “They’re in my head.”

Aside from detailing how he hopes to prevent outbreaks of COVID-19 on campuses, Thompson attempted to sell his 2021-23 budget, which was approved by the UW System Board of Regents earlier in the week.

Thompson’s proposed budget includes $1.9 billion in state funding — an increase of $95.7 million, 3.5%, to the system budget. The increase, Thompson said, is to “expand the Wisconsin idea” by funding programs such as expanded distance learning and allowing loan forgiveness for student teachers.

The largest part of his plan is to expand UW-Madison’s “Tuition Promise” program system-wide. The program provides a full-tuition scholarship to any first-year or transfer student with a family income of less than $60,000 per year.

“I had to work my way through and I’d like to give young men and women, high school graduates, the opportunity to come to this great school,” he said. “I think the state is investing in the future of the state when we get them to come, bring diversification into our campus, the best and brightest from all walks of life.”

The challenge for Thompson is to convince a state Legislature that is led by Republicans such as Sen. Steve Nass (R-Whitewater) who are often disdainful of the UW System.

Thompson said he’s not going to apologize for a system that returns $23 into the Wisconsin economy for every $1 the state spends on it and that if anyone can bring together Gov. Tony Evers, the Legislature and UW System, it’s the former Republican governor.

“What better place to invest whether you’re a Republican, Democrat, independent or communist, the best investment is in the University of Wisconsin,” Thompson said. “Who better than me?”

He said he wants to bring all sides into the conversation and is willing to listen to all ideas — saying he’s open to generating revenue from university-owned land or selling residence halls.

“I’m futuristic, I’m a visionary and I love ideas,” he said. “I’m telling everybody that will listen, let’s take a look at the big picture. The best answer is investing in the University of Wisconsin.”

As interim president, Thompson said he knows he won’t have the job for long, but he wants to leave the system in a better position than where he found it this summer.

“I’m here for a short period of time. I didn’t ask for this job. But if you know anything about me, I’m going to do everything I can to strengthen the University of Wisconsin and in the process strengthen the presidency so a lot of people want this job,” Thompson said. “They came to me and said fix it, and I’m going to fix it.” 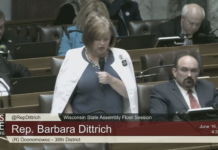 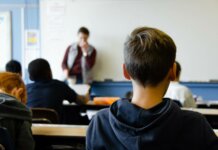 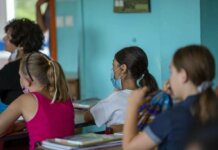