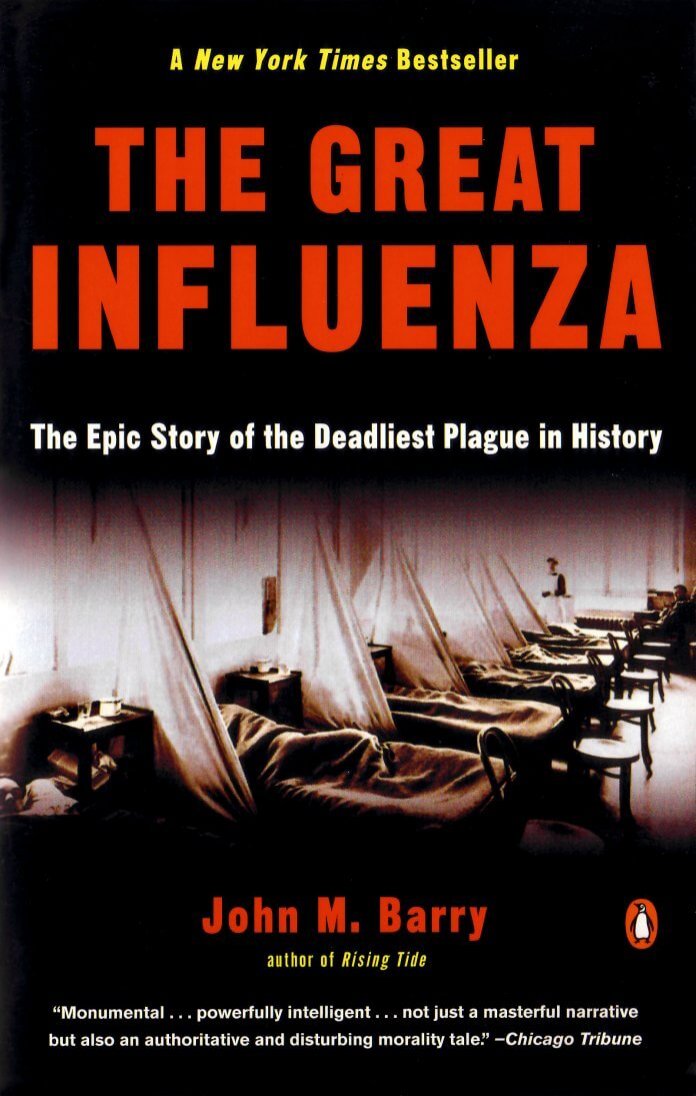 “Just tell the truth,” said Barry, who wrote “The Great Influenza: The Story of the Deadliest Pandemic in History” and has advised two U.S. presidents on pandemic preparedness.

President Donald Trump admitted last week he downplayed the threat posed by the coronavirus in February to avoid a panic. He said in private it was deadly and then compared it to the flu in public. He has repeated untrue claims that the virus will disappear on its own, that 99% of cases are asymptomatic, and that it’s a hoax.

Most Republicans, even those who have responded aggressively to the virus like Ohio Gov. Mike DeWine, who was among the first governors to close schools in March, have generally avoided commenting on Trump’s words and actions.

Governors, including Wisconsin Gov. Tony Evers, have issued advice that contradicts Trump (including ordering a statewide mask mandate while the president continues to frequently abstain from wearing one). Wisconsin legislative Republicans successfully fought against an extension of Evers’ Safer At Home order in May, which was overturned by the state Supreme Court. Much of the Republican Congressional delegation from Wisconsin was with Trump at a packed rally in Mosinee on Thursday night where very few people wore masks despite standing shoulder to shoulder, although Sen. Ron Johnson had to change his plans after being quarantined because he had been exposed to COVID-19.

Barry criticized the unwillingness of some elected officials to confront Trump.

Time to stand up

“As a general rule, I’ve been disappointed by people representing institutions, whether it’s in the Congress our outside the Congress, for not standing up to Trump when he has violated fundamental principles,” Barry said in an interview.

“And one of the fundamental principles is telling the truth. I think a direct confrontation is much more useful, particularly by somebody from his own party who cannot then get accused of partisanship. That would get a lot more traction.”

The 1918 flu killed about 100 million people, including some 675,000 Americans. Barry went on to informally advise Presidents George W. Bush and Barack Obama on pandemic preparedness.

The government downplayed the severity of the flu in 1918, Barry said, but the motives were different. President Woodrow Wilson sought to minimize the threat of influenza to avoid damaging the war effort.

Whatever the motives today, Barry said, leaders must tell the truth in a pandemic. Trust in the media and government institutions is at a low. Politicians won’t reach everyone but could reach some.

That said, he’s not optimistic.

“How could anybody be optimistic? I’m astounded,” he said. “We have so many wasted resources. We have done such a poor job. We have so many people dead. We have a real possibility of things getting a lot worse.”

Bars have proved to be a vivid example of a lack of federal policy cascading into individual states.

He spoke from New Orleans, where bars are closed by public health order. In Wisconsin, despite hitting a record of more than 2,000 people infected with the virus on Thursday, it was announced that Big Ten football would be played and Trump held a large rally, bragging about how well he has handled the pandemic.

Wisconsin was a public health leader during the flu pandemic

Legislative Republicans in Wisconsin argued successfully before the state Supreme Court that Gov. Tony Evers and DHS Secretary-designee Andrea Palm overstepped in extending the statewide Safer at Home order to combat the spread of COVID-19. The court overturned the order on the strength of the Republicans’ argument that “a single unelected bureaucrat” should not be able to impose such sweeping limits on public gatherings.

But Palm was not the first state health department official to use sweeping emergency authority to stop the spread of a communicable disease. In 1918, a top Wisconsin health official invoked emergency powers as the Spanish flu pandemic was taking a devastating toll throughout the country.

“Wisconsin was the only state in the nation to meet the crisis with uniform, statewide measures that were unusual both for their aggressiveness and the public’s willingness to comply with them,” history professor Steven Burg writes in WisContext.org, a website devoted to state issues that is a service of PBS Wisconsin and Wisconsin Public Radio and others. “Undoubtedly, those measures helped reduce the loss of life from the disease.”

Part of the reason Wisconsin fared better than other states during the Spanish flu epidemic, Burg writes, was that an 1876 law passed by the Legislature created a State Board of Health with unusually broad powers, “allowing it to impose statewide quarantines unilaterally in times of public health emergencies as well as to issue ‘rules and regulations for the protection of the public health.’”

“Because the full board convened only twice a year, this meant that one person—the state health officer—possessed the authority to issue statewide health orders in times of crisis,” Burg adds.

Burg writes that “nowhere except in Wisconsin was such an order issued statewide or in such a comprehensive fashion.”

As a result, Wisconsin fared much better than other states, losing 8,500 people to the flu, compared with tens of thousands elsewhere.

Still, local officials, business owners, and university administrators were reluctant to acknowledge that the flu was a serious problem. In arguments echoed during the debate over COVID-19, many initially resisted the shutdown. But as infection rates worsened, Harper got his way.

“From a modern perspective, it seems unthinkable that a single appointed bureaucrat would possess the independent authority to issue a binding statewide order that shut down all public activities across the state,” Burg writes, sounding almost as if he is commenting on the news today.

But by October of 1918, Wisconsinites had watched as hundreds of thousands of people in big cities on the East Coast sickened and died. They were ready to accept a dramatic response.

After the 1918 pandemic, there were complications from the virus that didn’t appear until into the 1920s. Cincinnati’s public health agencies examined 7,058 influenza victims and found 5,264 needed medical assistance and 643 had heart problems, according to Barry’s book.

“We know now that even people who have no symptoms whatsoever, younger people, there’s real evidence of damage to heart and damage to the lungs of people with no symptoms,” he said. “We don’t know if those things are long lasting, or permanent, or what kind of repercussions will come in the future, but we do know there’s real damage.”

The public health message on non-pharmaceutical interventions (masks, social distancing, etc.) is being drowned out by Trump’s. Barry said there’s only one answer.

'We have done such a poor job. We have so many people dead. We have a real possibility of things getting a lot worse.'