Ask a doctor about how the Affordable Care Act (ACA) affects their patients and there’s a good chance, regardless of their field or specialty, they have at least one story.

“Before the ACA they’d end up going home, or having no options for care after they’ve been treated in the inpatient setting,” says Helms. “And that is disastrous for their ability to get back to life.”

After the ACA became law, she says she’s had “dozens and dozens of patients who suddenly have access to physical therapy and rehab facilities,” rather than being just sent out to “try and struggle through it.”

Dr. Jonathan Kohler is a pediatric surgeon in Madison, so he primarily treats children who need surgery. “Fortunately it’s relatively straightforward for children to be covered by BadgerCare and Medicaid in the state,” he says. But that’s not true for adults.

“I’ve had many conversations with parents where the child has Medicaid for a chronic condition, but the family does not because we’ve not been able to expand Medicaid in this state. So oftentimes the child has become the only insured person in the family.”

Dr. Bob Freedland, an ophthalmologist in La Crosse regularly sees patients with very limited vision who defer such procedures as cataract surgery because they are uninsured. He says they also miss out on the benefit of discount prices that insurance companies negotiate.

During Vice President Mike Pence’s visit to Wisconsin on Thursday, these doctors were making a plea for the administration to stop pushing to end the ACA —particularly during a pandemic and when positivity rates in this state have climbed to among the highest in the country.

The death of Supreme Court Justice Ruth Bader Ginsburg was an even greater impetus to speak out, said Freedland, as “the fate of the Affordable Care Act lies in the hands of the nation’s highest court” with President Donald Trump set to nominate a new justice and Senate Republicans stating they will move to confirm that person before the election. The Supreme  Court is set to hear arguments in the ACA case on Nov. 10, one week after the election.

That greatly worries Wisconsin physicians who were brought together by The Committee to Protect Medicare, an advocacy organization made up of frontline doctors who support a strong and accessible healthcare system.

“As physicians we see every day how the ACA helps people in Wisconsin. People who once didn’t have insurance can now see a doctor,” Freedland says. “People with chronic diseases can better manage their diabetes or heart disease. People who were once too sick to work or care for their families have newfound freedom and independence to give back to their communities. All of this is at risk.”

Helms is concerned about the still unknown long-term damage COVID-19 might do to people, even after they are cured, even if they are young and even if they were asymptomatic. The bottom line, she says, is that they don’t have all the answers yet, but they have seen post-COVID damage in survivors’ muscles and blood vessels, as well as the potential for chronic lung, liver, kidney or brain damage.

The pandemic economy — with mass unemployment and business closures — has stripped health insurance from too many people, and losing the ACA would make it far worse, adds Kohler.

“America can’t have a strong economy without strong public health,” he stresses. “Taking healthcare away from Americans in a pandemic is like taking the lifeboats away on the Titanic. Physicians see what happens when people don’t have health care. They put off seeing the doctor, they skip pills, they don’t bring their kids to see the doctor.”

One other topic got the three doctors riled up — the politicization around wearing a mask.

Helms’ brother is a primary care physician and he tells stories about many patients who don’t know who or what to believe in regards to masks.

She says no matter how many times her brother tells them that they can believe the scientists and the doctors, including him, they still question it because they are listening to politicians who are fighting mask requirements.

“The insidious lies that are being perpetrated on the population who don’t know what to believe —  I find that to be a sin,” says Helms, clearly upset. “When we have clear science, telling us masks matter, distancing matters and we’re not getting people to listen to that because the president has decided that he’s going to make it a political issue and say that using a mask shows weakness…” she lets her voice trail off.

Kohler believes “Wisconsin nice” and the willingness to help others would cause everyone to wear masks if the message from authorities was united.

“Turning masks into a litmus test really has harmed our ability in Wisconsin to get this virus under control,” he says. “But because it’s been politicized, because there is a stigma on the right against wearing a mask, because it implies that you don’t support the president, I think we’ve really trapped people.”

Adds Freeland: “There’s no doubt that the failure to have an adequate consensus on masks and epidemiology and science is prolonging the virus and aggravating our health in Wisconsin.” 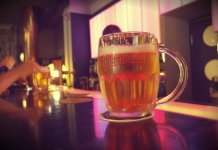 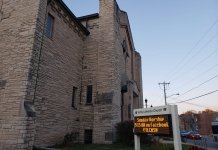