“If there ever was a time to fight,” Rev. Dr. Liz Theoharis said during a livestreamed address by the Poor People’s Campaign, “it is now.”

The Sept. 24 address rang out like a sermon. It was made in response to of the ongoing trials of 2020, and the specter of the November presidential election looming ever closer, along with the growing U.S. death toll from COVID-19 and the grand jury ruling in the Breonna Taylor case, which had been made the day before.

“This is what the Bible calls a kairos moment,” said Theoharis. “A time of great crisis. The crumbling of all our institutions. The breaking down of society.”

Yet, through all that darkness, hard but valuable lessons are to be learned. “Plagues shed light on foundations of injustice,” said Theoharis. In terms of the COVID-19 pandemic, that’s been the prevailing consensus. Early on, poverty was recognized as a common thread that defined who was most vulnerable to the virus. Many of those same people also worked essential jobs for low wages, if they were still employed at all.

“There are 64 million workers now being called ‘essential,’ but still being paid expendable wages. And over the past months, misery and dispossession are growing,” said Theoharis. “More than 12 million people have lost their employer-based healthcare, adding to the 80 million who had inadequate healthcare in the first place. There is record job loss, more than 30 million people claimed unemployment benefits in August. Tens of millions facing evictions…13 million reported to not have enough to eat in a nation that throws away more food than it takes to feed the whole world.”

Nevertheless, the continued hardships of over 140 million — and counting — of America’s poor may create an opportunity. “Kairos,” Theoharis pointed out, “is also about the possibility for change. The birth and growth of movement through justice. Opportunity for a revolution of values. A radical redistribution of political and economic power. And, do we ever need such a radical redistribution.”

In August, the Poor People’s Campaign released a report which found that America’s poor could become a powerful electoral force in 2020. Examining trends among low-income voters, the 22 page report found that, for example, a 4% – 7% increase in low-income voters would have changed the outcome of the 2016 election in four states, including Wisconsin. Just across the lake in Michigan, a 1% increase was all that would’ve been needed to shift the ballot results.

For that reason the Poor People’s Campaign has organized with a plan to mobilize that untapped potential, even as the pandemic triggered the closures of businesses and lockdowns of cities nationwide. For the Poor People’s Campaign leader Rev. Dr. William Barber, the stakes are high and the implications great. Paraphrasing a piece of Biblical scripture during the Sept. 24 address, Barber said, “We’re in a time where there will be and there is a shaking. There’s been shaking before, but there is a shaking. And this shaking will expose everything. Because everything that can be shaken will be shaken until only that [which] cannot be shaken will remain.” Pausing and reflecting on the notion, Barber then asked, “What do you do in a time of shaking like this? Existential shaking?”

Barber has spoken about what he calls “the interlocking injustices” of systemic racism, poverty, ecological devastation, the war economy and distorted moral narratives — together, he said, they “were cutting at the heart of our democracy.”

Through the Poor People’s Campaign, Barber and his allies have called for a re-examination of what America truly considers moral and just, and how those in power have redefined what’s morally righteous for their own benefit through a lens of religious nationalism.

“It’s not just Trump alone,” said Barber. “It’s so much more, we know that. It’s the way in which persons align themselves to keep these interlocking truths together. And to impact negatively upon the lives of people throughout these United States.”

When confronting these issues Barber urged people to “stay with the truth,” during his address. “Truth itself is revolutionary,” he declared, noting that no one should  be surprised once they see the truth. COVID-19, through its impact on society, has laid many of those truths bare. And now, symbols of those continued systemic issues can be seen in things like the Breonna Taylor ruling, the lack of a continued federal stimulus support program and so much more. The pandemic, and its ever growing human cost, serves as a grim backdrop to it all.

At the same time, he feels that we’re also in a period of transformation. “It’s like tribulation and transformation are happening at the same time,” said Barber. “In this period of tribulation, where we see all the things that Rev. Liz just mentioned…there is also the opportunity for the nation to hear what we should’ve heard years ago. We’re learning now that systemic racism and systemic poverty, in the midst of COVID, we’re learning that they’re matters of national security. We’re learning that it’s those fissures that gives something like COVID so much power. We’re learning that if we had dealt with some things before, we would not have so many problems in the midst of what we’re facing now.”

Barber feels that as 2020 comes to an end, the nation may have a second chance to address those injustices. He hearkens back to the Rev. Dr. Martin Luther King Jr. who, even half a century ago, identified many of the issues that are still at play today, including war and police brutality. 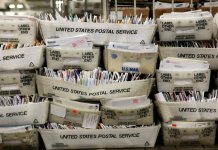 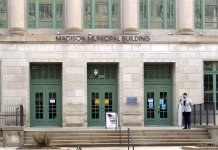 Early voting opens with excitement, some lines and voters camping out

As society breaks down, things may be about to get better